Consumers have two alternatives to the corn-based industrial food chain — Big Organic and traditional organic. Big Industrial Organic is a scaled up version of the traditional organic farm to supply organic food at massive scale to companies like Whole Foods and supermarket chains.

Like traditional organic, Big Industrial Organic operations avoid pesticides and synthetic fertilizer. But they’ve also adopted some practices of the industrial agriculture system including mass production, processing, and long-distance distribution. Traditional organic operations oppose processing and long-distance shipping, which use energy, especially fossil fuels. They aim to sell their foods locally or regionally, while they are freshest.

Both of these organic systems sell food that is safer and more nutritious than industrially grown versions, but Industrial Organic is less sustainable than traditional organic, since much of the energy it uses is non-renewable.

How do Industrial Oganic Farms Work?

Big Industrial Organic farms look a lot like industrial farms, with vast acreage devoted to a single crop (a monoculture) such as broccoli, lettuce, or corn. In California, some of the biggest organic operations are actually owned and run by conventional megafarms.

Big Industrial Organic food chain proponents argue that the scale of a farm has no bearing on its adherence to organic principles. Big farms are necessary because organic production can’t be a significant alternative to the industrial food chain unless it’s practiced on a large scale.

Greenways Organic is a 2,000-acre organic produce operation incorporated into a 24,000-acre conventional farm. It practices both conventional and organic farming.

On the conventional side it uses chemical fertilizer; in the organic operation it uses organic compost (horse and chicken manure). The conventional farm uses chemical herbicides; the organic farm tills to control weeds. However, the heavy tilling needed to meet large-scale production demands is hard on the soil. It also requires “inputs” of compost, fish emulsion, or nitrate.

The organic food chain ideal calls for a sustainable system modeled on nature that requires not only no synthetic chemicals but no purchased inputs of any kind, and that returns as much to the soil as it removes.

This kind of farm is too small for Industrial Organic to work with. It’s more cost-efficient to buy from one 1,000-acre farm than from 10 hundred-acre farms. For a big company like Whole Foods, economies of scale, specialization, and mechanization are more important than values of diversity and interconnection.

In the Industrial Organic Food Chain, giant growers sell most of the fresh organic produce from California. One of them, Earthbound Farm, came up with the idea of selling washed, bagged salad mixes. This undercut the popularity of iceberg lettuce. They pioneered the use of washing and packing machines, and of filling salad bags with inert gases to extend shelf life.

Sales exploded with orders from Costco, Walmart, so the company had to scale up. It partnered with conventional farms, which helped convert more acreage to organic in the Industrial Organic Food Chain.

However its production and delivery methods deviate from organic principles. While Earthbound’s produce is grown organically, it goes into a conventional supply chain once it’s picked. Also, it takes a lot of energy to wash, package, and chill bagged lettuce, as well as to transport it.’

Industrial Organic can be Misleading

When you trace some Whole Food items backward through the Industrial Organic Food Chain, you find:

Whole Foods’ labels, brochures, and certification systems may appear to be informative. But the effusive descriptions can be misleading and make it hard to decide among competing products.

The Truth About Losing Weight Through Diet Alone 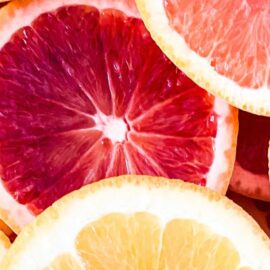 Low-Lectin Fruits: What Fruits Can You Eat On PPP?