What’s the difference between individuals vs groups? How does mentality and behavior change when people are in groups?

There’s a clear difference between individuals vs groups as far as the way people think and view themselves. These differences can affect the way people behave and can cause problems with group work.

Read more about the individuals vs groups and what they mean.

Individuals vs Groups: Individuality is Overpowered

No matter how highly we think of our individuality, social force and group dynamics affect us all. If you think you’re exempt from the social forces of individuals vs groups, ask yourself:

Being in a group influences us in the following ways:

Influence #1: We want to belong. When we first join a group, we’re an outsider, and we can feel the members of the group judging us and assessing if we’re dangerous. There are two ways to fit in, and the first is most important, but most people chose to do both:

Most of this matching happens unconsciously or in a way that appears to be intentional (we joined the group because we shared its values). However, if we look at a group from the outside, we’ll find that its members’ values are surprisingly consistent, considering how much everyone is unique. This consistency is caused by social force driving people to conform, and helps explain the differences of individuals vs groups.

Influence #2: We need to perform. When in a group, we visibly demonstrate how much we belong. We put on masks so that we fit in better, but the longer we spend with the group, the more the mask becomes the reality.

The need for performance, like mask-wearing in general, isn’t something we need to fight or feel bad about—it’s wired in to everyone. What we do need to do is be aware of this influence so we can be more intentional about the image we present, especially when it comes to individuals vs groups.

Influence #3: Other people’s emotions overpower our own. When we’re alone, our moods change, but if we’re in a group and a group member or members’ emotions are stronger than ours, they’ll replace them. Fear and anxiety are the most contagious emotions because they helped us survive. Apathy, tiredness, excitement, joy, hatred, desire, and rage are also quite contagious.

Influence #4: We become incredibly certain. By ourselves, we tend to doubt our choices. In a group, though, we tend to be certain of the decisions we’ve made, even if they’re risky or inadvisable. This is because in a group:

For example, financial bubbles are often caused by this influence. If everyone’s buying up stock in a certain company, it seems safer than doing it alone, where if it went badly, we’d feel ashamed.

When you examine individuals vs groups, it’s important to keep in mind that there are differences in how people behave.

Harness the Force of Love to Change Your Life 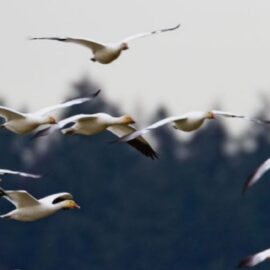