What is incentive-caused bias? How do you prevent reward bias?

Incentive-caused bias is the tendency of people to maximize their rewards within any incentive scheme. When people gain rewards for acting in a certain way, they will find it difficult to act otherwise, even when doing so would violate the intent of their obligations. You can prevent reward bias by designing incentive schemes that cannot be easily manipulated.

Read on to learn more about incentive-caused bias.

Self-interest drives human behavior. If someone receives rewards for doing a behavior, they will do that behavior again and again.

Research shows that once a behavior is conditioned, a random distribution of rewards keeps the behavior in place the longest—think a slot machine rather than a fixed, predictable payment like a salary.

The brain has a simple algorithm: “Repeat behavior that works.” Here, what works is what gives the person rewards. Why would the brain evolve any differently?

How Can Incentive-Caused Bias Be Harmful

Incentive-caused bias happens consciously or subconsciously. If you have an incentive to think a certain way, you will find it hard to think any other way.

Because people will maximize their rewards within any incentive scheme, poorly designed incentives cause bad behaviors.

If people start acting badly because of an incentive scheme, they won’t see themselves as bad people. Instead, they’ll rationalize the bad behavior in a way that preserves their integrity.

Bad behaviors become intensely habit-forming when they are rewarded.

There are also cases where warped or missing incentives cause bad behavior:

To prevent incentive-caused bias in any reward scheme, apply audits to check for good behavior.

When getting advice from advisors, be healthily skeptical, especially of advice that benefits the advisor. 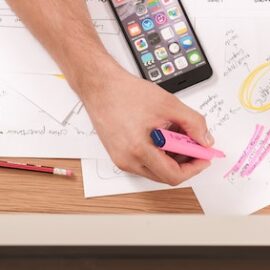 The Entrepreneurial Myth: A Quick Look at a Classic

How to Have an Effective Strategic Discussion