During crucial conversations, it’s normal to have some disagreements. But learning how to disagree, and how to disagree respectfully, is an essential skill that is often overlooked.

Exploring another’s path (facts, story, feelings) when you disagree substantially can be unsettling. But knowing how to disagree, or agree to disagree, is a valuable communication skill.

So you explore what others think in order to understand why they’re feeling and behaving as they are. This is how you will learn how to handle disagreements, and become a much better communicator.

When you’re figuring out how to disagree, remember that it’s not about you being right. When it’s your turn to talk, and your story differs a lot from what you just heard, use these three skills.

Agree: Don’t argue when you agree — just agree. Sometimes when people argue strenuously, they’re arguing over nuances. They actually agree on the important points. Most arguments are about the 5% to 10% of the facts and stories that people disagree on.

Although people eventually need to work through all their differences, you shouldn’t start with the nuances, but with an area of agreement. If you completely agree with the other person’s path, say so and move on.

Build: Look for points of agreement, and talk about those first. Then build by adding information that has been left out. (“I agree completely. In addition, I noticed that…”)

Instead of building on what we agree on, we tend to immediately jump on small points of disagreement, which we magnify. We learn from an early age to look for minor errors. In school, we learn that finding even the smallest errors in others’ facts or thinking wins praise and admiration from teachers and peers. Being right at the expense of others becomes a competition.

Instead of constructive dialogue, you end up in “violent agreement,” or arguing strenuously even though you mostly agree.

Compare: When you do disagree, compare your path with the other person’s. Don’t suggest they’re wrong, suggest that you differ. The person may in fact be wrong, but you can’t be sure until you understand both sides — you just know that you differ.

Instead of starting with “Wrong!”, start with a tentative but honest, “I think I see things differently. Let me explain.” Then share your path using STATE skills. (Share your facts, Tell your story, Ask for others’ paths, Talk tentatively, Encourage testing.) Agree to disagree: this isn’t about you being right. It’s about building understanding.

How to Disagree: Don’t Go Overboard

You can get into trouble by pushing your point of view too hard. It gets heated and you feel you have to win. Others resist, argue, or retreat into silence, so you push harder. In the end, no one is listening, and nothing is added to the pool of information. Knowing how to disagree respectfully can help you get back on course.

Maybe you’re not concerned with how to disagree. Maybe you just want to convince someone. While that’s tempting, keep in mind that the idea of “agree to disagree” can build a much more valuable conversation. When you feel compelled to convince others that your way is best:

Learning how to disagree can be challenging in high-stakes crucial conversations. But knowing how to handle disagreements is a skill that you’ll need in order to have productive communications.

How to Disagree: The Complete Guide to Arguments 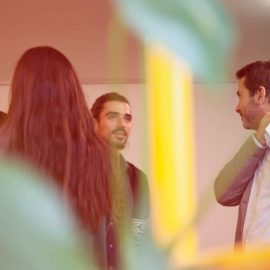 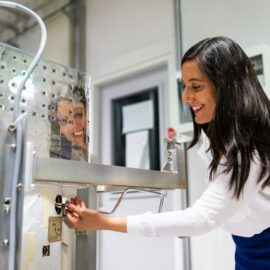