Do you want to know how to be original? What makes someone original? Is originality more of an inherent trait or a skill that can be improved through practice?

Originality is not locked on genetics—it can be cultivated through practice. According to Adam Grant, the author of Originals, the key to being more original is two-fold: 1) go against the status quo and 2) brainstorm lots of ideas.

Here is how to be more original, according to organizational psychologist Adam Grant.

If you want to know how to be original, first know that there are a few things originals are not, contrary to popular belief. Originals do NOT take extreme, uncontrolled risks. Rather, they hedge their risks – often keeping a source of stability (like their full-time job) while working on their idea on the side.

This doesn’t mean they take moderate risks in all dimensions – instead, having one foot in stability allows more radical risks in the other, creating a balanced risk portfolio. The stability prevents the pressure of desperately launching half-baked ideas and publishing manuscripts that aren’t ready. In general, entrepreneurs prefer calculated, managed risks, rather than wild, dangerous, reckless risks.

Originals do NOT fearlessly go forward, as much as the media (and they) want you to believe. They face fear of failure and anxiety. Martin Luther King, Jr and Copernicus alike felt concern over taking on the duties expected of them.

Originals are NOT natural non-conformists who ignore social approval. Studies of entrepreneurs suggest concern for pleasing others wasn’t a predictor of success.

The best advice on how to be original is to consider why the world exists as it does, and how you might improve it with a new idea.

You increase your chances of getting original ideas by simply creating more ideas. Despite being widely known for just a few seminal works, Mozart, Picasso, and Edison each had thousands of compositions/pieces/patents. This is much better than generating few ideas and trying to perfect them.

You can also increase your originality by having a breadth of experience in orthogonal fields (like engineering x art) over a sustained period of time. The more different, the better. A popular study found that Nobel prize winners were more likely to be thespians and creatives than non-Nobel-winning professors.

One important prerequisite to coming up with original ideas is to question the status quo. Much of modern life is built around conformity – the structure and rules of schooling, uniform career tracks, the social recognition of status and accomplishment. However, this can be suppressive, pushing people into guaranteed success instead of venturing into the unknown, dreading failure instead of aiming for innovation. Possibly for this reason, child prodigies who show mastery at an early age tend not to become agents of massive change – they are very good at learning established rules, but not at breaking them or designing a totally new game.

The consensus around productivity states that procrastinating is a disease that should be stamped out, that we should always plan our work on timelines and get a head start.

While procrastination does indeed hurt productivity, it can aid originality. If you lodge a problem in the back of your mind and give it time to marinate, you attack it from a variety of angles. You consider it in relaxed states, free from time pressure, which allows divergent thinking (hence the pattern of coming up with creative ideas in the shower or on the toilet). 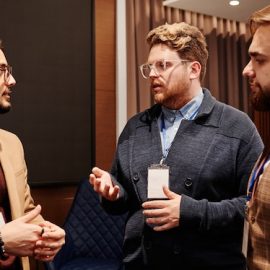 How to Handle Objections in Sales: 3 Techniques 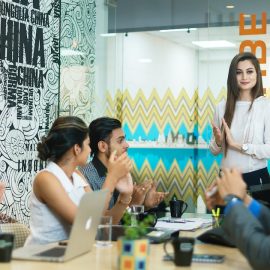 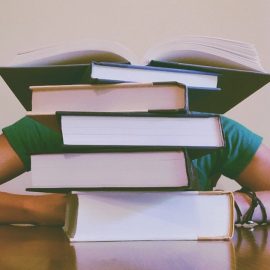