What is the history of slavery in America? What role did the institution of slavery play in the making of the American nation?

The history of slavery in America dates back to 1619, when Europeans brought the first Africans onto the American soil. In 1865, slavery was officially abolished by the addition of the Thirteenth Amendment to the Constitution, but its legacy lingers to this day.

Read about the history of slavery in America and how it contributed to the making of America as we know it today.

The History of Slavery in America

Many refer to slavery as an unfortunate chapter in America’s story, but this is not accurate. Slavery wasn’t an event that happened in America. Slavery is the mechanism by which America was created.

Once the dominant caste successfully categorized people according to skin color, they could more easily validate their cruelty toward those in the lowest caste. Exerting force over the Africans was necessary because of their inherent strengths. Africans were accustomed to working hard in an undeveloped world, which gave them a strong work ethic. They also had experience cultivating crops such as sugarcane, rice, and cotton that the Europeans had little familiarity with.

To mitigate this prowess in skill and knowledge, the dominant group asserted physical and emotional cruelty to maintain their power. The dominant caste counted Africans not as laborers like their lower European counterparts, but as property of the landowners. They were subjected to unfathomable horrors to ensure they knew their role, remained subservient, and produced extraordinary results.

Physical violence and psychological terror are two strategies dominant castes use to keep the subordinate caste in line. For more than two centuries, enslaved persons were brutally assaulted on a daily basis. A new owner might whip each slave to demonstrate his power. Some used whippings to “break in” new prisoners, and others used them simply to degrade slaves and break their spirits.

This violence, including whippings, sexual assault, and starvation, is too horrible for many modern Americans to acknowledge or examine. Acknowledging this vicious behavior goes against the current ideals of freedom, opportunity, and democracy. But intentional ignorance allows the cycle of violence to perpetuate.

The history of slavery in America isn’t taught at school history classes, but the institution of slavery was the founding ideal of this country. It is the bedrock of American ideology, existing longer than any other system in America to date.

The Truth About Slavery

The history of slavery in America dates back to 1619 and culminates in 1865, the year when it was officially abolished by the Thirteenth Amendment. Unlike other forms of modern slavery, such as sex slavery, whose victims are protected and perpetrators punished, black slavery was legal. Those who attempted to escape servitude were hunted as outlaws, captured, and forced to endure atrocious punishments. American slaves had no freedoms, and they were not recognized as part of the human race.

Slaves were symbols of commerce. Their sole purpose for existing was to serve as the machine that generated profits for the landowners. Slaves could be traded like cattle, auctioned like farm machinery, or given away as gifts. They had no say in who they worked for or where they were sent, and they could be separated from loved ones without question. One owner might brand his slaves to stake a claim to them, and owners often sold children to cover debts or settle disputes. The treatment of slaves fits the definitions of war crimes under the Geneva Convention, for which Nazi soldiers were tried and convicted, but slave owners were not.

The evidence of the unjust treatment of slaves is the laws passed during the era. For example, South Carolina enacted a law in 1740 to limit the slave workday to either 15 hours or 14 hours depending on the season. In contrast, prisoners convicted of felonies and held in work camps could only work 10 hours a day.

Food was scarce for the slaves, consisting of a few scraps during the week, which their owners often withheld as punishment. One of the founders of Methodism, George Whitefield, wrote a letter to the Chesapeake colonies in 1739 after observing the slaves in the fields. He wrote that the slaves worked as hard as the horses, but the horses were the only ones cared for and fed after a day of hard labor.

The institution of slavery made slave owners wealthy beyond imagination. This benefit helped the dominant caste validate and normalize the forced labor and torture of a faction of society. Regulating the behaviors of blacks became as standard as raising children. The dominant caste grew accustomed to punishing the subordinate caste for any behavior that threatened their power, and they had the full force of the law on their side. This mode of life cemented the ideologies of the dominant caste into an American culture that perpetuated well after slavery ended.

When we look at the history of slavery in America, we only have to do the math to understand how deeply ingrained it is in the development of this country. America is two years away from marking the day in which it will have been independent for as long as slavery lasted—246 years. And black Americans will have to wait until the year 2111 before they will have been free for as long as they were enslaved.

The Legacy of Slavery

The fight to end the 246-year history of slavery in America involved one of the bloodiest war in the world’s history, the assassination of a president, and the addition of the Thirteenth Amendment to the Constitution. But even after the abolition of slavery, its legacy continued to shape the landscape of America.

There was a brief moment of true freedom following the end of slavery after the Civil War, known as Reconstruction. For 12 years, blacks had the opportunity to rebuild their lives with the help of federal troops stationed in the South. But when a faction of Congress contested the presidential election of Rutherford Hayes in 1876, the House of Representatives came to a compromise, known as the Compromise of 1877, or the Great Betrayal. In exchange for his approval as president, Hayes agreed to withdraw troops from the last three southern states under federal rule. This move gave conservative political entities the ability to govern all the former Confederate states without northern interference, which essentially ended protections for southern black citizens.

After Reconstruction, the dominant caste swiftly reclaimed the power they’d been forced to give up. Without federal interference, they created laws that instigated a new type of oppression of the subordinate caste. The laws dictated where blacks could live, what types of jobs they could hold, and how they could be educated. Any member of the subordinate caste believed to step outside these confines was punished without consequence. Even a simple infraction, like not stepping off a sidewalk for a dominant member, was punishable.

More European immigrants began to arrive at Ellis Island, and a new indoctrination into American society took shape. The caste hierarchy based on skin color was the leading principle of the nation, and if immigrants wanted to make it in America, they had to get on board. Irish, Polish, Hungarian, and other immigrants became lumped into the dominant caste of “white.” And this new designation was their passport into society, as long as they adopted a disdain for the subordinate class.

People who had no experience with or prejudice against blacks before now joined a system of hatred to survive and thrive. This scenario efficiently kept those of African heritage at the bottom despite their freedom.

The development of eugenics, a quasi-science said to demonstrate the biological inferiority of Africans, further supported the desired superiority of the dominant caste. The lines were further drawn and the relationship between the highest and lowest castes further distorted.

Generation after generation grew up within this distorted system, and today, the continued suppression of the subordinated caste is normal. Their continued debasement helps justify their status as lesser humans, and those in the middle castes still understand that to curry favor with the dominant group, they must dehumanize the lowest.

The American caste system is as unique as America itself. “White” and “black” are American-made ideals, and this narrative of race created a specific cast of characters whose roles have not changed despite progress in the country. Much of the racial tension we experience today is the consequence of the subordinate caste attempting to change their role. 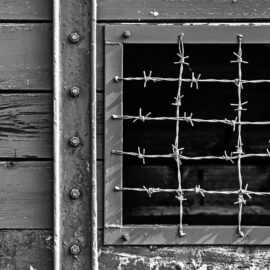 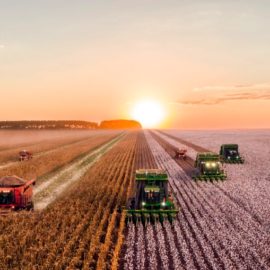 History of Agriculture: Was Farming an Accident?