Keep reading to find out how generation loss may help prove whether or not Jesus was real.

With the advent of digital reproduction processes, we no longer have to worry about quality or fidelity loss as we copy materials, whether music files, digital images, or word-processing documents. Even modern-day Xerox machines produce near-pristine copies of originals.

When we’re dealing with ancient manuscripts, however, which had to be copied by hand onto fragile materials and transported on foot, the risk of corruption or loss is great.

Nevertheless, there are three interlinked reasons for us to trust that the gospels we have today are faithful to the originals:

Discrepancies Among the Surviving Copies

There are certainly differences among the many ancient copies of the gospels as a result of generation loss (the highest estimates place the number of differences among the copies at 200,000). But these differences are by and large insignificant. For example, a great many differences occur because two Greek words are transposed (think “goes he” instead of “he goes”). But because Greek is an “inflected” language—that is, each word’s form indicates its part of speech—these kinds of “errors” have no effect on the text’s meaning.

And even more material variations—for example, the fact that the earliest manuscripts of 1 John feature no mention of the Trinity—don’t undermine the key doctrines of the Church. In the case of the Trinity, although the earliest versions of 1 John don’t mention it, other books (2 Corinthians, for instance) do. 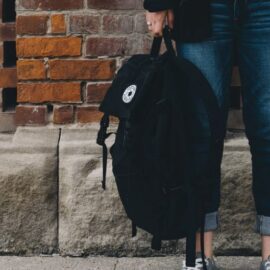