Learn about fixed action patterns in humans and how they make us like turkeys.

What Is a Fixed Action Pattern?

But who are these persuaders and how are they so effective at manipulating us into doing what they want?

A compliance practitioner is anyone whose job is to get you to say “yes” to what they’re offering. They can be:

Their specific agendas may be different, but they’re all after the same thing. They’re all in the persuasion business and they all want to persuade you. How do they do this? By manipulating the modal action patterns that get you to say “yes” before you even consider the consequences.

A brief fixed-action pattern example will illustrate what we mean. Turkey mothers are known to be caring and protective of their young. But what animal researchers have discovered is that the turkey mothers’ nurturing modal action pattern is triggered by a “cheep cheep” noise that the turkey chicks make. This noise is the mother’s signal to care for the chicks. Remarkably, however, the mother will neglect to care for the chicks if the latter fail to make the “cheep cheep” noise.

Researchers further discovered that these same maternal instincts can be triggered by man-made replicas of animals other than turkeys (even natural predators), as long as the replicas make the same “cheep cheep” noise. This is a classic fixed-action pattern example: a sequence of behaviors that consistently happen in the same way and in the same order. Behavior A (the “cheep cheep” noise) can always be counted on to produce Behavior B (the nurturing behavior) every time.

But it turns out that we humans aren’t so different from turkeys. We have our fixed-action patterns too. Like clockwork, we will behave the same way in response to the same stimuli. Compliance practitioners are experts in exploiting fixed-action patterns in humans: they know exactly which inputs to use in order to produce the outputs that they want from us.

You might be thinking that fixed-action patterns are a bad thing for human beings to have, that they’re some design flaw in our cognitive wiring. But they’re not.

In fact, fixed-action patterns are essential for human beings to process and order all of the information in our world. Think of human modal-action patterns as mental shortcuts. We could never individually assess every aspect of every situation we encountered, even in the course of a normal day: it would lead to mental overload and an inability to make any decisions at all.

This is the power and utility of fixed-action patterns. They fill in the blanks for us so that our brains don’t need to overload.

As the world becomes even more complex and we have access to more and more information, fixed-action patterns in humans will become more important than ever. The more information we need to process, the more we’ll rely on mental shortcuts.

Here’s a fixed action pattern example. Most people’s instincts would tell them that a higher-priced item is more valuable than a lower-priced item. And the vast majority of the time, this instinct would lead you to the correct conclusion: pricey items generally are expensive because they’re rarer or higher quality. But this instinct can also be exploited by clever salespeople. The book shares the story of an antique shop owner who raised the prices of an item that had previously been selling poorly. Within a day, customers had bought every unit!

These customers weren’t drawn to the item because they knew it was better or rarer. They were relying solely on the big price tag to guide their behavior, reasoning, “It must be good if they’re charging this much for it!” Thus, the shop owner was able to manipulate the customers into doing what their instincts told them to do, but for the wrong reason (the item wasn’t really valuable or rare): not all that different from a turkey. 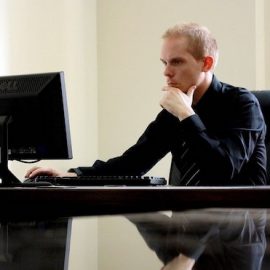 The Brain on Autopilot: How It Impacts Productivity