What is a codependent mother and son relationship? How does it affect men in their adulthood?

In No More Mr. Nice Guy, Dr. Robert Glover writes about the impact of unhealthy parental relationships. The codependent mother and son relationship is an example of this and is characterized by harmful attachments, clinginess, and control.

Learn more about the codependent mother and son relationship below.

In No More Mr. Nice Guy, Dr. Robert Glover explains what a Nice Guy is. Essentially, a Nice Guy is someone who tries hard to appear nice, but beneath this, he is actually insecure, underconfident, and repressed.

Glover noticed that although each Nice Guy he worked with came from a different background, each one arrived at the same conclusion: “I’m not acceptable as I am.”

He then delves into a handful of his patients’ childhoods, showing what parental relationships led to a man becoming a Nice Guy. In particular, Glover noticed that they often have lonely, clingy mothers.

In this case, even if both parents were present, they likely weren’t affectionate with each other. Emotionally starved mothers often lean heavily on their children for support, which can lead to Nice Guys developing a codependent mother and son relationship.

According to Glover, Nice Guys who grew up with emotionally needy mothers remain devoted to them in adulthood. This relationship is normal and healthy in boyhood, but eventually, boys must grow up and bond with men to become healthy, masculine adults.

Ideally, Glover says, a boy becomes a man with help from his mother and father: His mother attends to his needs as a child. It’s her job to discourage dependency—including her own—by ensuring her needs are met.

His father’s job is to be present and actively bond with his son, which guides the boy from a matriarchal sphere of influence into the world of men.

However, Glover noticed many Nice Guys don’t go through this transition. Without a strong paternal presence, a codependent mother and son relationship develops. Unable to individuate from his mother, a momma’s boy grows up to be a momma’s man. Glover has witnessed these Nice Guys struggle in future intimate relationships, as their partners realize their attention and devotion lie elsewhere.

In addition to Glover’s exploration of harmful codependent mother and son relationships, some readers have noted how the typical Nice Guy upbringing closely resembles their experience growing up with narcissistic parents. For instance, narcissistic mothers are often “clingy” and rely on their children for emotional support. This can lead to a harmful codependent mother and son relationship.

Therapist Kathy Caprino notes that narcissistic parents—with their sense of self-importance and lack of empathy—often raise people-pleasing children with low self-esteem and an inability to set boundaries. She further explains that adult children of narcissists are so used to experiencing conditional love from their parents—love that’s dependent on a child meeting certain standards—that they rarely recognize their concept of a healthy relationship involves repression, manipulation, and unrealistic expectations.

As self-doubting, approval-seeking, manipulative individuals, Nice Guys appear to have reached a similar outcome as those raised by narcissistic parents. In fact, The Awareness Centre’s resource for adult children of narcissists states the primary belief held by those raised under such circumstances is: “I’m not good enough.” As this way of thinking reflects the Nice Guy mindset, we could add narcissistic parents as one of the many environments that could shape Nice Guys. 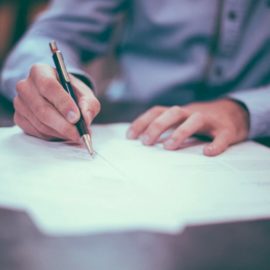