What is brand visibility? Why is it important that your products are publically visible?

Keep reading to learn how to create brand visibility.

A key feature of viral products or ideas is that they have brand visibility. So, to generate as much word of mouth about your product or idea as possible, make it very easy to observe. People need to see it often—or, if that’s not possible, it needs to be striking enough that once they’ve observed it once, they remember it for a long time.

If people see your product or idea a lot, they’re likely to start thinking about it a lot, too. For instance, they might start to contemplate why it’s so popular. This drives word of mouth because people tend to talk about the things they’re thinking about.

There are two possible ways to increase brand visibility. These are making the private public and making your product advertise itself.

Making the private public means finding a way to make it publicly clear that people use your product or support your idea, even when this information would usually be private. As such, this will increase brand visibility.

Some purchasing decisions are naturally observable—for instance, which cars people buy. People drive these vehicles around in public, so you see which cars are popular. However, many other purchasing decisions are usually private—for example, which makeup products people buy. People usually apply makeup in the privacy of their own homes, and which brand they’re wearing isn’t obvious when they’re out in public. Therefore, makeup brands may struggle to generate the word of mouth that comes from a product’s use being publicly visible.

To get people talking about a product or cause that’s usually kept private, find a way to move it into the public eye. Find a way for people to display that they’re buying your product or supporting your idea. For example, a makeup brand could give its customers a “free gift” that they’ll use in public, such as a branded tote bag. When the customer uses the bag in their daily life, it will make their usually private purchasing decision public. This adds the visibility that’s crucial in generating word of mouth about a product.

Making Your Product Advertise Itself

Making your product advertise itself means visibly including your branding on your product so that people can immediately see who’s made it. For example, make your logo or tagline visible on the product. That way, when people see others using your product, they’ll learn about the existence of your brand.

If people start to see your branded products a lot, this may become a talking point. For instance, people might start to comment on the fact that the brand seems popular, or ask their friends if they’ve heard of this newly visible brand. This will generate word of mouth about your product and company.

Example: How Apple Products Advertise Themselves

Apple has found various ways to make its products advertise themselves. One example of this is the “Sent from my iPhone” email signature. Whenever anyone receives an email sent by an iPhone user, they’re greeted by this signature—unless the iPhone user decides to turn the signature off, and very few people can be bothered to do so. This signature works as an indirect iPhone ad. It tells people, “Your colleagues and friends have iPhones—why don’t you?”

Another example of this principle is Apple’s earphones. When Apple first developed earphones, it decided to make them white. This was in direct contrast to the majority of earphones on the market, which were black. This design choice meant that whenever someone saw another person using white earphones, they knew these earphones were Apple. The brand was being indirectly advertised to them.

No matter which of these two tactics you choose to employ, there’s an extra requirement you must factor in. Make sure that your product or idea remains visible for a long time. If you don’t, people will quickly forget that the product or idea exists. The process of making visibility long-lasting is often referred to as adding behavioral residue.

If you try to make the private public, add behavioral residue by making sure that the thing that publicizes your product or idea is durable enough for long-term use. For the makeup company that gives customers branded tote bags, those bags need to be high-quality enough to be used for months or years. Only then will the brand remain visible for a long time.

If you try to make products advertise themselves, ensure that these products are of good-enough quality that people keep using them. The product won’t generate visibility if it’s thrown to the back of a cupboard and never used.

It’s easy to assume that a cause gaining visibility will always be a good thing. Visibility is going to get people talking, and all word of mouth is good, right? Unfortunately, not always. Sometimes, making a cause visible can be counterproductive. It can encourage the opposite behavior of what you intended.

A famous example of this is the “Just Say No” anti-drug campaign. This ad campaign showed children and teenagers being offered drugs by their peers but choosing to say no: to reject drug-taking. It was hoped that the campaign would make the act of rejecting drugs more visible. Its organizers hoped that children and young people would imitate this behavior and also talk amongst themselves about how good it is to say no to drugs.

However, the campaign actually had the opposite effect. It led to an increase in young people using drugs. This increase occurred because the campaign had inadvertently raised the visibility of drug-taking. It showed young people that other people their age were taking drugs. The viewers thought, “If those people are taking drugs, why shouldn’t I do it, too?” In the end, drug-taking was the behavior that they decided to imitate.

You can avoid this issue by changing the focus of your campaign’s message. Don’t remind people that their peers are doing bad things. Instead, focus the campaign on the good thing that will happen to the people if they abandon the problematic behavior. For instance, replace the anti-drugs message “Lots of your peers are doing drugs. If they offer you drugs, say no” with “If you refrain from doing drugs, you’ll protect your physical and mental health.”

Learn how to add visibility to your product or service. 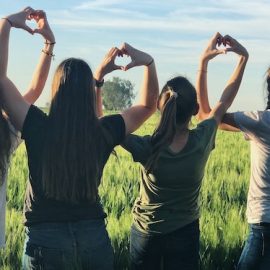 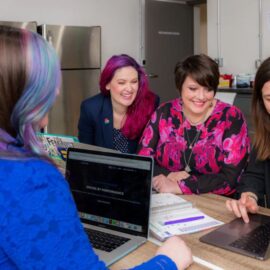 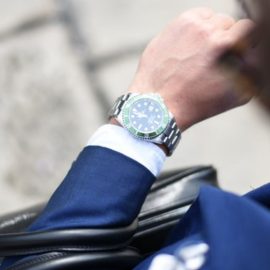 How to Perform an 80/20 Analysis of Your Business 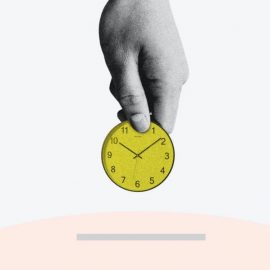 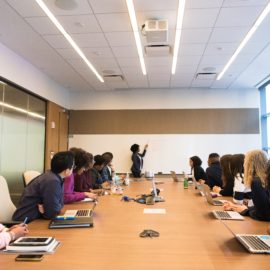