What are the dangers of having blind obedience to authority? What experiments demonstrate authoritative pressure?

Authoritative pressure is when an individual or group in power bids you to do something. In The Lucifer Effect, Philip Zimbardo asserts that it’s far more likely that we will commit evil if we’re “just following orders.”

Is Blind Obedience to Authority Bad?

Research has shown that we’re far more compliant to have blind obedience to authority than we think. To support this point, Zimbardo describes the most famous experiment on this subject: the Milgram experiment. In 1963, Yale professor Stanley Milgram ran this experiment: An assistant in an authoritative-looking lab coat ordered volunteers to administer increasingly severe shocks to a fellow volunteer for a study on memory. Unbeknownst to them, this second volunteer was an actor who would pretend to be in incrementally greater pain until they screamed in agony, begged the volunteer to stop, and finally pretended to lose consciousness.

A group of psychiatrists predicted that fewer than 1% of volunteers would follow orders and administer the most severe shock level, but in reality, 65% of people did. Milgram presented this as evidence of the extreme power of authoritative pressure.

(Shortform note: Like the Stanford Prison Experiment, the validity of the Milgram experiment is the subject of debate. Detractors of Milgram’s experiment argue that Milgram is misrepresenting his data: While he claimed that the assistant in authority used the same four prewritten commands to get the participants to continue, the experiment’s archived audio reveals that the assistant heavily improvised, offering any argument they could to get the participant to continue the electric shocks. This lack of standardization threatens the objectivity of Milgram’s 65% compliance rate. There’s also evidence that some of the participants saw through the charade and only continued because they believed no one was really getting hurt.)

Zimbardo recounts how group pressure influenced the Stanford Prison Experiment guards to be crueler to the prisoners. In every shift, one guard would take the lead in abusing the prisoners, and at least one would imitate him. Quickly, tormenting the prisoners became the norm, and guards who didn’t actively do so stuck out. Many of the guards who initially didn’t want to hurt the prisoners eventually did so to fit in. No guards ever stood up to the group consensus and demanded they tone down the abuse.

A Replication of the Experiment Highlights the Power of Obedience

Recreations of the Stanford Prison Experiment may indicate that social pressures have a far greater influence on behavior than any other circumstantial variable. The most famous recreation of the experiment is the 2001 BBC Prison Study, in which different social pressures led the experiment to a completely different outcome, even though the identity cues and other circumstantial variables were all the same as in Zimbardo’s experiment.

Zimbardo freely admits that in the original Stanford Prison Experiment, he instructed the guards to behave cruelly to the prisoners, exerting his social (authoritative) pressure and corrupting their morality. In the BBC Prison Study, in which the researchers did not exert authoritative pressure on the volunteers, the same extreme level of abuse was not replicated. The guards failed to set a cohesive norm for the group or build any sense of camaraderie. Furthermore, instead of bowing to the guards’ authoritative pressure, the prisoners banded together and overthrew the guards, setting their own rules and turning the prison into a “commune.” 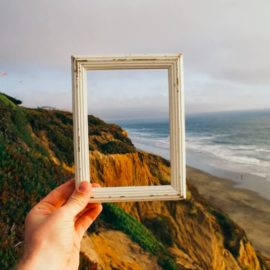 Positive Personality: The Attitude to Get Ahead