Who wrote the Babylonian Parables? What financial lessons do they contain?

Babylonian Parables (from George Clason’s 1926 book The Richest Man in Babylon) are told by a fictional character Arkad, a poor scribe who ended up becoming a successful merchant. The three parables, covered in the final chapter of the book, recount his financial advice through 1) The Gold Lender of Babylon, 2) The Walls of Babylon, and 3) The Camel Trader of Babylon.

This article recounts the three Babylonian parables about managing your finances.

1) Think Twice Before You Help

The first of the Babylonian parables’ messages is: when a friend or family member asks for money, most people will help if they can—even if they have reservations about the wisdom of doing so. But this altruism can often cause new problems, dragging the helper into the friend’s predicament.

Rodan, a spear maker, found himself with this dilemma. The king had given him fifty gold pieces because he liked Rodan’s design for a new spear point for his guards. The payment was far more than Rodan expected to receive. Now his sister wanted him to loan money to her husband so he could open a store. Rodan had doubts about the husband’s business acumen.

Unsure of how to respond, he asked Mathon, a moneylender, for advice. Mathon replied with a parable about an ox and a donkey. The ox complained to the donkey about having to work hard all day plowing the fields, while the donkey had little to do unless the farmer needed a ride somewhere. The ox was tired and wanted to rest, so the donkey advised him to pretend to be sick the next day, so he wouldn’t have to work. The ox did this, so the farmer gave him a day off. But meanwhile, the farmer hitched the donkey to the plow and the donkey ended up doing the ox’s work.

The lesson is, if you decide to help someone, make sure you don’t end up taking their problem upon yourself. If you loan money to someone who can’t handle it, you might have to step in and do their work to save your investment.

Based on his experience as a money lender, Mathon offered Rodan this additional advice about lending money:

Mathon’s final piece of advice on lending was that it’s better to be cautious than to suffer regret later. Not willing to risk losing his money, Rodan ended up declining his sister’s request.

Always take steps to protect yourself against possible setbacks and tragedies in life. In ancient times, the city of Babylon protected its more than 100,000 citizens from enemy attack by maintaining strong walls. This paid off when the Assyrians attacked the city while the king and most of his forces were far away on a campaign against the Elamites.

The small force that remained behind to protect the city took heavy casualties and the enemy’s efforts to breach the walls were relentless. For over three weeks, the defenders held off the attackers and Assyrian bodies piled up outside the walls. Finally, when dawn broke during the fourth week, city residents saw clouds of dust in the distance as the attackers retreated. The attack was over and the walls had held.

People need wall-like protection from the unexpected in many aspects of life. Guard against disaster with wise financial decisions, savings, investments, and insurance. No one can afford to be without protection.

Everyone is irresponsible at one time or another. But instead of letting mistakes like becoming mired in debt define your life, you need to find a way to overcome them.

Tarkad was a young man who had fallen into debt. One of his creditors was Dabasir, a camel trader, whom Tarkad bumped into outside an eating establishment where he was hoping someone would offer him something to eat.

Dabasir demanded repayment and Tarkad mumbled something about having a run of bad luck. At that, Dabasir scoffed and hauled him inside, where Dabasir proceeded to eat a large meal without sharing it and launched into a story about how he overcame struggles early in his life and succeeded.

Dabasir had been a saddlemaker, but spent extravagantly and fell into debt. Fleeing creditors, he went to work in the desert for caravan traders. When he and several others banded together to rob caravans, he was captured and sold as a slave. He became a camel tender for one of his master’s wives. Dabasir told the woman he hadn’t been born a slave and still had the soul of a free man. She urged him to prove it by finding a way to pay off his debts.

While accompanied by Dabasir on a camel trip to visit her mother, the woman gave Dabasir a chance to escape with several camels. He wandered in the desert for days and, at the point of exhaustion, considered giving up. Then he had an epiphany that being free meant taking responsibility for your past and future. Eventually, he found his way to Babylon. Resolving to change his life, he went to work for a camel merchant, saved money, and paid back his creditors.

3 Timeless Lessons From the Babylonian Parables 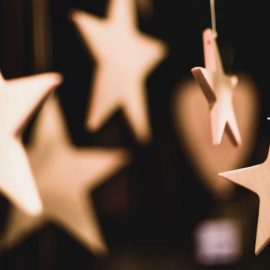