In The Tattooist of Auschwitz, what horrible job is Lale given in the Auschwitz crematorium? How does Lale abuse his power as a member of Auschwitz’s political department? How does he use it for good?

The Tattooist of Auschwitz is a historical fiction novel based on a true story. In the book, Lale is faced with the horrors of the Auschwitz crematoriums. In his “privileged” position, he gets a harsh reminder of what the other prisoners are facing every day.

Read on to learn more about Lale’s eye-opening experience in the Auschwitz crematorium.

Lale and the Auschwitz Crematorium

By late summer, five Auschwitz crematoriums are operating at full steam. More and more people arrive daily, and Lale is swamped with work, especially since Leon has still not returned. He’s so busy, he hasn’t had a day off in weeks. And because there is always work, he has no need to get instructions from the administration office. He knows Gita will be consumed with worry and asks Baretski to explain where he is and that he’s alright. Baretski promises to tell her.

Lale finally gets a break from the constant stream of prisoners. He runs back to Birkenau to catch Gita after work. When Gita sees him, she almost faints with relief. She thought something had happened to him. Baretski did not deliver Lale’s message. The time away and her relief at seeing him fill Lale with the sensation of love. He finally tells her he loves her and feels as though he’s been waiting to tell her that his entire life. He tells her about his vow to make it out alive and that it now includes her.

The next day, Leon returns to work. He is pale, thinner, and more defeated than before. He struggles when he walks, and Lale can feel his ribs when he hugs him. Leon tells Lale that Mengele held him captive. He was starved, tortured, and castrated. Lale rails, cursing Mengele and promising to exact his revenge. But he sees that rage is not what his friend needs, and at the moment, there is nothing he can do anyway. He tells Leon to go to his room and help himself to the food hidden under the mattress.

Lale is despondent after learning about his friend. He feels like things can’t get much worse, but he is mistaken. Baretski tracks him down to perform a special job, one that doesn’t require his bag of tools. Lale sinks with fear when he is taken to one of the Auschwitz crematoriums. He doesn’t feel much better when he learns that the special job is differentiating between two dead men’s tattoos that look the same.

Inside the Auschwitz crematorium, Lale sees other prisoners at work, moving corpses from the gas chambers to the oven. None of them look at Lale when he passes. Lale can’t help but feel a kinship to these men. They are treated better because of the jobs they do, like him, but he knows the other prisoners don’t like them because they do the enemy’s dirty work. He wonders if they feel the same way about him.

Lale is taken to a pile of naked bodies. Death is all that exists in this room, and Lale wants out as soon as possible. Even Baretski seems unable to stomach the scene. Lale clears up the tattoo confusion and leaves the building without waiting to be excused. Baretski catches up to him and asks if Lale is okay. Lale is livid. He wants to know how many more innocent people must die at the hands of the Germans. Baretski is unfazed. He jokes that Lale is the only Jew to ever go inside an oven and leave alive.

Lale leaves the Auschwitz crematorium in a fury and marches toward the women’s compound, barely registering two officers who stop him along the way. He tells them he is with the political department, and they let him pass. When he reaches Gita’s block, he hands the kapo a bar of chocolate and asks for Gita to be brought to him. The other women are at work, so he waits inside the empty block.

Soon, the door opens, and Gita walks in. When she sees Lale, she glares and backs away from him when he tries to approach her. Lale doesn’t understand why she’s being so cold until she starts to speak. Gita explains that when the SS come and take you away, you assume you’re about to die. When her kapo came to get Gita for Lale, she thought she was going to be killed, and the only thought she had was about never seeing Lale again. And now here he is, expecting love.

Lale doesn’t know what to say. His privilege has kept him from understanding the fears the others live with daily. It was selfish of him to have scared her for his own pleasure. Lale doesn’t have time to relay his shame to Gita. Suddenly, she charges and begins to thrash him with her fists. Lale stands still until she is finished, then kisses her. Gita’s fury turns to passion, and the two make love for the first time. They are now bonded, and he knows he will never feel this way about another woman. Gita is his love for life. When he leaves the block, Gita’s kapo tells Lale she likes sausage, too.

Using His Power for Good

Lale gets a chance to repent for his manipulation of Gita when he is able to use his privilege for good. Three young boys knock on his door in the middle of the night and ask for his help. Lale lets them in, at first annoyed and less than sympathetic when they say one of them is in trouble. This boy had escaped but was captured, and now they don’t know what’s going to happen to him. Lale makes it clear. The boy will be hanged. Lale wants to know how this young man managed to make it out and why he was stupid enough to get caught.

The boy was using the restroom in the woods, but when he returned, his work group was already walking away. He feared being shot if he tried to catch up to them, so he went back into the woods. He was discovered when he tried to steal food in a nearby town. Lale can’t believe how careless this boy was, but he softens, remembering his recent lesson regarding his privilege. He leaves with his bag and sneaks through the searchlights.

He creeps into the administration building and finds his usual contact behind the desk. He arranges for the boy to be added to a transport leaving at midnight for a boys’ camp. When he returns to his room, he uses his tattooing tools to turn the boy’s number into a snake. None of the other boys in the transport have been tattooed yet. He tells the other boys to say goodbye to their friend and go back to bed. At midnight, he takes the boy to the transport and watches him board. He waits until the truck drives off, then sneaks back to his own waiting bed.

Many people die over the following months. Some fall sick, some starve to death, some die from the harsh winter elements, others use the electrical fences to end their misery, and others are shot for various reasons. More arrivals come in by the thousands, and Lale and Leon are busier than ever. He rarely gets to see Gita, and only when they meet up in her block when the other women are at work. This arrangement always includes bribes to the kapo, and she starts to fill out her uniform from all the extra chocolate and sausage.

Things start to look up as the long winter transforms into spring. Even Baretski is in high spirits. Apparently, he’s been taking Lale’s advice about women, and his relationship with his girlfriend has grown stronger. Lale is surprised. He didn’t think Baretski had a soft bone in his body. But his surprise turns to dismay when Baretski asks him to get his girlfriend some nylon stockings.

Lale has kept his smuggling activities a secret from Baretski. The officer is young and emotionally unstable, and that kind of power over Lale could prove disastrous. But Baretski has found out, and try as he might, Lale isn’t able to deny it. He feels even worse when Baretski says he thinks of Lale as a brother. Perhaps Lale really has crossed over to the dark side. He tells Baretski he’ll have the nylons in a couple of days. Baretski, ever the comedian, jokes that Lale better or he’ll shoot him.

Lale heads to the women’s compound, but the whir of an airplane brings him to a halt. Up above, a small aircraft flies over the camp. At one point, it comes so low that Lale and other prisoners can make out the distinctive emblem of the U.S. Airforce. Lale’s heart jumps. What does this mean? Are they saved? Will the Americans finally see what’s happening to them and intervene? Will the world learn the truth?

Some of the prisoners shout and wave with joy. Others rush toward the Auschwitz crematoriums, pointing and yelling for the pilot to drop bombs on those buildings. The plane passes overhead three times, and each time, more and more prisoners urge it to destroy the crematoriums. Lale watches the whole thing in wonder. Finally, the plane flies off, and Lale snaps back to life. He slowly backs up until he is against a building. The firestorm of bullets starts almost immediately. Dozens of people fall to their death.

Lale heads back to his block. When he arrives, many of the Romany are distraught and crying. Some of the young children playing outside were hit by the bullets. Lale stares at this new horror. He begins to recite the kaddish to himself, a Jewish passage meant to honor the dead. 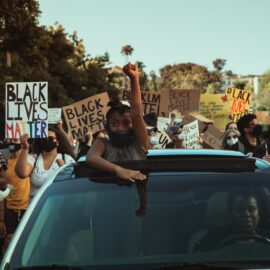 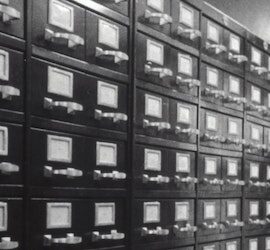