Should AR-15s be banned in the United States? Why is an AR-15 ban more complicated than it sounds? Is it even possible to ban them?

Banning AR-15s and similar firearms in the U.S. is often advocated as a solution to preventing mass shootings by keeping prospective shooters from getting these weapons. However, the question isn’t whether the U.S. should ban AR-15s, rather it’s whether it can.

Here are the four main challenges that come with implementing and enforcing an AR-15 ban.

Is an AR-15 ban even possible? To ban them, you first have to clearly define what you’re banning, but that isn’t straightforward in the case of the AR-15. Moreover, the effectiveness of the ban hinges on the definition: On one hand, if the definition is too narrow or has too many loopholes, it doesn’t really ban anything. But if the definition is too broad, it unnecessarily increases the challenge of enforcement (which we’ll discuss presently).

So, what is an AR-15? In the strictest sense, the term “AR-15” stands for “Armalite Rifle, model 15.” But banning only model-15 rifles made by the original Armalite company would have no effect because similar firearms are available from many different companies under many different names. For example, the Barrett REC7, the Ruger AR-556, and the Smith&Wesson M&P 15 are all AR-15 type rifles.

In fact, the original Armalite company made only a few rifles before selling their design to Colt in 1959. And after the patents expired in 1977, other companies began manufacturing variations of the same rifle. By 2004, there were 13 different companies making variations of the AR-15, and by 2013, that had grown to 76 different manufacturers. Since then the number of manufacturers may have grown to several hundred. Compiling a complete list of all the different makes and models of AR-15s for the purpose of a ban would be challenging, and manufacturers might be able to circumvent the ban simply by introducing new models that weren’t on the list.

The alternative to banning only specific AR-15s by make and model would be to ban all firearms that have certain distinguishing characteristics typical of an AR-15, such as pistol grips, detachable magazines, and the capability of semi-automatic fire. However, crafting an effective definition along these lines is a delicate balancing act because choosing the wrong criteria could easily make the definition either impractically broad or so specific as to be irrelevant.

As an example of how difficult it is to draft effective definitions for gun control laws, consider the legal controversy over “pistol braces.” In 1934, the National Firearms Act (NFA) defined a number of restricted types of firearms and imposed tax and registration requirements on them. One of the restricted firearms was a “short-barreled rifle,” or SBR, which the act defined as any firearm with a barrel less than 16 inches long that has a shoulder stock (the part of a rifle that the user braces against his shoulder to steady the rifle while aiming and prevent it from moving as much when fired).

AR-15s are manufactured with barrel lengths ranging from three to 26 inches and may be classified as rifles, pistols, or SBRs, depending on their length and features. SBRs are subject to the tax and registration requirements of the National Firearms Act (NFA), whereas rifles and pistols are not. Usually, AR-15s with barrels longer than 16 inches are equipped with shoulder stocks and classified as rifles, while those with barrels shorter than 16 inches are manufactured without shoulder stocks and sold as pistols.

In 2012, a company called SB Tactical introduced a product called a “stabilizing brace,” which attaches to the back of an AR-15 pistol. As designed, the “brace” is supposed to be strapped to the user’s forearm, but in practice it can also be used as a shoulder stock. Does an AR-15 with a “pistol brace” and a short barrel meet the definition of an SBR, subjecting it to the tax and registration requirements of the NFA? That’s a legal gray area, and a topic of debate.

Any time you ban something, there will be people who disregard the ban. If only a few people disregard the ban, they can be caught and punished. But if disobedience is sufficiently widespread, the ban becomes unenforceable, because you can’t put a quarter of the population in jail.

How many Americans would disregard a ban on AR-15s? It’s hard to say for sure, but there are indications that the risk of widespread noncompliance could be significant. In recent years, the slogan “Shall Not Comply” has become popular among gun rights advocates, appearing on banners, bumper stickers, and clothing. Is this slogan just empty political bluster? Or does it reflect a genuine commitment to circumvent any firearms ban that might be enacted?

A more tangible indicator can be drawn from the popularity of pistol braces. As we noted previously, it’s debatable whether or not an AR-15 pistol with a stabilizing brace is subject to the tax and registration requirements of the NFA. But at the time of this writing, most manufacturers of AR-15 pistols include a “pistol brace” on the gun by default and treat it as an ordinary pistol, not an SBR. From 2012 to 2021, an estimated three to seven million pistol braces were sold in the U.S., of which few if any were proactively registered as SBRs. This demonstrates that millions of Americans are already willing to tread in a legal gray area when it comes to ownership of AR-15s, or rather ownership of a special type of AR-15 known as a “short-barreled rifle” or SBR.

Are our institutions of law enforcement equipped to deal with the people who might disregard an AR-15 ban? Given that there are an estimated 20 million AR-15s in the U.S., even a small fraction of AR-15 owners who refused to comply would represent a large number of new criminals for law enforcement agencies to deal with.

Furthermore, getting law enforcement agencies themselves on board with the ban could be a challenge in its own right, which would compound the difficulty of enforcing a federal ban on AR-15s. Some police chiefs and other law enforcement organizations vocally support gun control. But there are also indications that some might not cooperate with an AR-15 ban at all.

For example, when New York passed the “SAFE Act,” which made certain firearms illegal within the state, a number of New York sheriffs publicly vowed not to enforce it. Similarly, in 2013, 55 of Colorado’s 62 sheriffs pledged not to enforce a state-level ban on high-capacity magazines. And in 2021, all 29 sheriffs in the state of Utah promised to do whatever they could to prevent new federal firearms restrictions from affecting residents of Utah.

Just how widespread would law enforcement non-compliance be in the event of a ban? And if enforcement were not uniform, would the existence of areas (possibly whole states, given the aforementioned stance of Utah sheriffs) where the ban wasn’t enforced negate the effect of the ban as a whole? It’s difficult to answer these questions decisively, but they illustrate how the challenge of providing for effective enforcement of an AR-15 ban would compound the challenge of producing compliance.

As a final challenge, banning AR-15s would eliminate a sector of the U.S. firearms market, cutting off revenue for companies active in that market, and potentially displacing workers. This effect could be significant, given that the market for AR-15s is worth about $1 billion annually as of 2012.

Implementing the ban could also cost the government (ultimately the public) a lot of money. Law enforcement agencies would likely need additional funding to enforce the ban. And what would happen to existing AR-15s? There are an estimated 20 million AR-15s already in circulation in the U.S.. Leaving that many in circulation might compromise the effectiveness of the ban.

But removing them from circulation could be expensive, because the Fifth Amendment of the U.S. constitution prevents the government from confiscating personal property without paying for it. If the U.S. government had to buy 20 million AR-15s from their current owners at an average price of $800 each, the ban would cost $16 billion in owner compensation alone.

The challenges of compliance and enforcement also depend on culture, which varies from country to country, potentially making these non-issues in some countries but significant challenges in the U.S. These differences mean that other countries’ approaches to gun control may not have the same effect in the U.S. 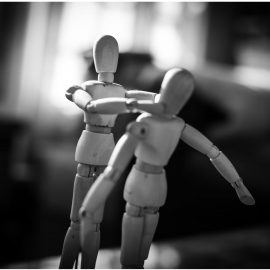 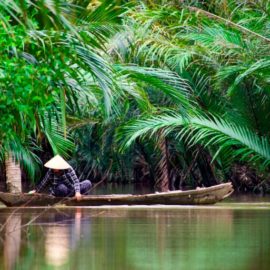 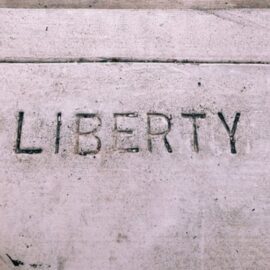