What are antifragile systems? How can systems in nature encourage antifragility?

Antifragile systems can develop when living things fail. After failure, they’re forced to grow stronger, and can therefore become antifragile in the process.

Read more about antifragile systems in nature and how they occur.

A basic guideline is that anything living—whether literally, as with organisms, or figuratively, as with an artist’s growing and changing popularity—will have some degree of antifragility. Inanimate objects like glasses, cars, and the like, will be durable at best; they might be able to stand up to some amount of stress, but they can never be strengthened by it. Living things can grow stronger after being damaged.

It’s true that, in spite of their ability to repair and strengthen themselves, organisms will eventually age and deteriorate. However, it’s possible that what we observe as “aging,” particularly in humans, is a combination of natural senescence and an environment without enough stressors to keep people strong.

(Shortform note: In biology, senescence means the loss of a cell’s ability to divide and replicate itself. More generally, it means the natural degeneration of an organism that comes with age.)

Senescence might be unavoidable, but many of the problems aging people experience come from being poorly adjusted to a too-comfortable environment. As people age, in many cases, caregivers (whether professionals or family members) see to more and more of their needs. The elderly then suffer the effects of too much comfort—with nothing to keep themselves physically or mentally strong, they decline. In short, too much caregiving stifles their antifragility.

“Modern” societies are focused on making life last longer and longer, even as the people living those lives get sicker and sicker. However, in “primitive” hunter-gatherer societies, the effects of old age didn’t take hold until very near to the end of life.

Instead of thinking about living versus nonliving things, perhaps a better way to think about antifragility is in terms of simple versus complex systems. A light switch is a simple system: You flip the switch and the light turns on. If part of the system is damaged—there’s a faulty wire or a burned-out bulb—the system works less effectively or not at all.

A human body and a civil rights movement are complex systems: They have many parts that depend on and communicate with each other. For example, the various parts of your body don’t receive information from logical observations and thoughts, but from chemical stressors in the form of hormones. In a civil rights movement, of course, the various people in it will communicate with each other with all the usual methods that people use.

Political and economic systems are similarly complex, made up of many parts interacting with one another. To Adam Smith, the economy was a clock, a complex mechanism that could be wound up and left to run on its own. Plato, on the other hand, talked about the now-famous ship of state, likening a country to a ship that needs constant tending and a competent captain. Regardless of who—if anyone—is in charge of the system, communication and interdependency are two of the keys to antifragility. When part of a system is able to communicate that it’s been damaged, and other parts of that system are able to compensate for that damage—or overcompensate, as discussed earlier—antifragility is the result. 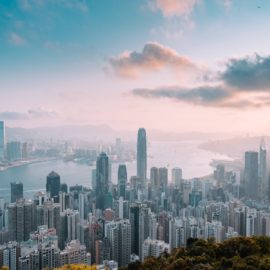 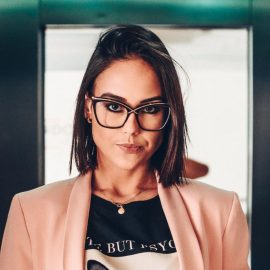