What is absolute time? How does the location of the observer affect the speed of time?

Originally coined by Isaac Newton, the concept of absolute time refers to the idea that time flows without regard for anything external, progressing at a consistent speed throughout the universe. As it turned out, Newton was wrong. Albert Einstein established that time is relative, that is, it moves at different speeds for different observers.

Keep reading to understand why time is not absolute, but relative.

Newton’s contemporary, the Danish astronomer Ole Rømer, discovered that light moved at a constant and finite speed. He was the first person to calculate a finite speed for light, though his initial numbers were quite far off the mark (he believed it moved at 140,000 miles/second, when modern calculations have it at 186,000 miles/second). Still, his observation about the uniformity of the speed of light held true—no matter the positions of different observers, and no matter how fast those observers were travelling, light would always appear to be travelling at 186,000 miles/second.

But if this was the case, how did that reconcile with Newton’s law stipulating that there was no state of absolute rest? Light traveled at a constant speed, but relative to what? People at the time understood that speed was equal to distance divided by time, represented by the formula s=d/t. If you’re on a flight travelling 500 miles/hour, you know you’ll be 500 miles closer to your destination in one hour. The relationship between time and space is clear—your distance in space relative to your destination is decreasing with time. If either the d or t variables in the s=d/t equation were to change, then so would the speed of your airplane.

But if your airplane was travelling at the speed of light, this logic would lead you to a very odd conclusion. Because light is the same speed everywhere, the s variable of the equation is constant, even as the d variable also changes (you’re still moving closer to your destination as you travel at the speed of light). Mathematically, this is impossible if the denominator t variable remains a constant. The only way for the equation to remain valid and for the speed of light to be constant is for t to be variable, so that the proportional relationship of d/t always yields the same value. Accordingly, time would have to slow down as one approached the speed of light.

This was how Albert Einstein and Henri Poincaré (working simultaneously but independently) discovered that Newton’s theory could stand, provided that one abandoned the idea of absolute time. This was one of the cornerstones of the theory of relativity. It postulated that the laws of science should apply universally and that time must also be relative in order for observers at different points in space to observe the same speed of light. Thus, observers will record different times for the same events and time would slow down as one approached the speed of light. Thus, one could depart in a spaceship traveling close to the speed of light and return to Earth having barely aged at all, while one’s relatives would have aged by decades.

Time is not a dimension separate from space: it is inherently interwoven with it, in the fabric of space-time. All events must be plotted according to a particular point in time and a particular point in space, relative to the position and motion of the observer. Thus, we use a four-dimensional coordinate to map events in space-time: the three dimensions of space, and the fourth dimension of time.

It’s easier to visualize this if we think about future and past light-cones. Since light is a wave, it expands in a widening curve through space-time as it travels from its point of origin, like ripples on a pond when you toss a rock onto its surface. The light spreading out from event A after its occurrence is that event’s future cone. Observers can only see event A when they cross into the path of the future light cone. The past light cone is the set of events whose light pulses or emissions can reach event A, generating their future light cones in the other direction. The visual below helps to illustrate this concept.

The future light cone is the “audience” that can see event A. The past light cone is everything that can be seen by event A. There are events, however, that lie outside both the future and past light cones of a given event. These are said to lie in an event’s “elsewhere.” For example, there are stars whose light has not yet reached Earth. Thus, such a star is invisible to us, because we have not yet crossed into its future light cone. Thus, when we look at the starry sky, we are seeing a snapshot of the universe as it was in the past—the light from the stars whose future light cone we have crossed into. 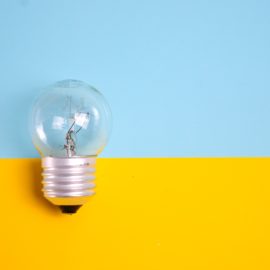 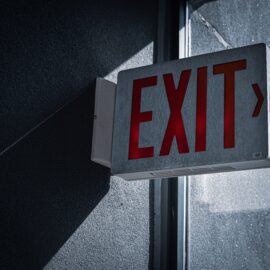