Each of The Glass Castle characters in Jeannette Walls’ memoir are important. In the book, Jeannette mainly talks about her family members, but also mentions friends, enemies, and positive influences on her life.

The Glass Castle is the harrowing tale of Jeannette Wall’s life growing up in poverty with wayward parents. Following the Walls family through the desert to the coal-mining region of West Virginia to the fast-paced life of New York City, this memoir explores the nature of family, loyalty, and tragedy and what it takes to survive together and apart.

Jeannette Walls is The Glass Castle’s main character and the author of the memoir.

Rex Walls was a smart but unruly patriarch. He was a former Air Force pilot and had vast knowledge of science, physics, and engineering. He was known as a man who could fix everything and talk his way out of anything. These traits should have added up to success for Rex and his family, but his inability to settle down and follow the rules added up to the opposite.

The next day, Jeannette found Lori eating the butter with a spoon after school. She’d mixed it with sugar, and the two girls ate every bite. When Rose Mary came home, she fumed about the missing stick of margarine. She said she was saving it to spread on bread.

Lori and Rose Mary returned home late that summer. Lori was like a new person. At camp, she was just like all the other kids—fed, showered, artistic, and full of youth. It was the first time Lori had felt normal, and she realized that if she left Welch, she could live a normal life.

Two months after the move, Lilly Ruth Maureen Walls was born. Two days later, Rex checked Rose Mary and the baby out of the hospital Rex Walls style. Jeannette held the baby on the drive home and promised her new sister she would always look after her.

The addition of Maureen to the family did nothing to change the Walls’ way of life. She was only a few months old when it was time to skedaddle again.

The longer Maureen stayed with her parents, the worse her life became. She stopped working, stopped leaving the apartment, and took up smoking and reading as her daily activities. But her relationship with Rex was strained. She called him a worthless drunk, and he shot back that she was pathetic and should have been drowned at birth.

After another six months, Maureen snapped. Rose Mary told her that she would have to move out and learn to fend for herself. In response, Maureen stabbed her. Maureen was arrested, convicted, and sent to a mental facility Upstate. A year later, she was released and bought a ticket to California. She wouldn’t allow anyone to see her off, so the morning of her departure, Jeannette woke early and whispered to the air, “I’m sorry, Maureen.” She’d let her sister down

Jeannette and Rex had always had a special bond. They were close, and she thought he could do no wrong. Rex told Jeannette she was his favorite because she was the only one who had faith in him. So when Lori and Brian started to criticize their father’s behavior, she defended him and his inventions. Jeannette was angry that her siblings thought Rex was a worthless drunk, but she also noticed that Brian seemed put out by something more than Rex’s drinking. She noticed it first one day when they passed the Green Lantern.

Both Jeannette and Brian grew distant from their parents after Maureen left. Brian married and moved to a house on Long Island, and he now had a baby daughter. Lori was more in touch with Rex and Rose Mary, but they stopped having family get-togethers.

Grandma Erma was one of the The Glass Castle book characters who had a negative impact on Jeannette’s life. Grandma Erma was an obese woman who smoked and drank almost as much as Rex. She greeted her son warmly, but she was rude to Rose Mary and short with the children. She told them to call her Erma, not grandma. In contrast, Grandpa Ted was old and wiry. He didn’t mind being called grandpa. Another man stepped forward and introduced himself as Uncle Stanley. He was missing teeth and was overly affectionate with Jeannette.

That night, everyone gathered around the coal stove for warmth and ate green beans and biscuits for dinner. The beans were mushy and so salty, Jeannette held her nose as she ate, as Rose Mary had taught her to do when eating food that was slightly spoiled. Erma smacked her hand away and told her beggars couldn’t be choosers.

The faculty advisor was Jeannette’s namesake, Miss Jeanette Bivens. She was so old, she’d been Rex’s English teacher, as well. Miss Bivens was the first person to push Rex in a positive direction. She believed in his talents as a writer and convinced him to enter a poem into a competition. The poem won first prize. When Rex suggested naming their second child after her, Rose Mary added the extra “n” to make it more French. Mrs. Bivens is one of The Glass Castle book characters who was kind to Jeannette.

Even though Jeannette was surrounded by adults, she was still bullied. One woman complained that she was dirty and smelly. She feared Jeannette would infect everyone with head lice. Miss Bivens went to bat for Jeannette and said she could stay in the workroom if she kept herself clean. Jeannette started going back to her grandpa’s apartment to bathe, steering clear of Stanley.

These The Glass Castle book characters each had a unique role in the book, and were important in Jeannette Walls’ life. 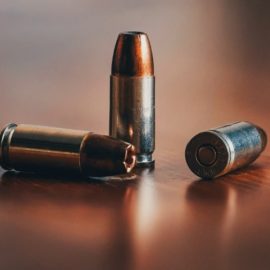 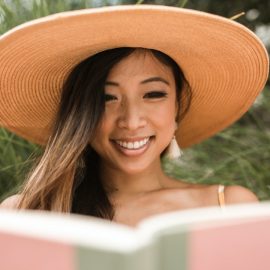 The Upside of Stress by Kelly McGonigal (Book Overview) 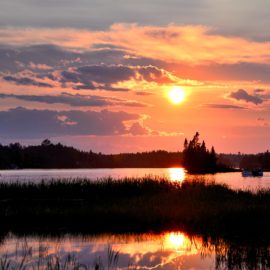