Why is it better to speak assertively rather than passively or aggressively? How can you change your tone to be more assertive?

Here’s how and why you should be speaking assertively, according to communication specialist Debra Fine.

How to Speak Assertively

Let’s explore how Fine recommends you speak: not passively, but assertively. According to Fine, the words and phrasing you use communicate a lot about your self-image. She argues that when you use passive language, you imply that you’re unreliable, subservient, or incompetent.

Consider the following dialogue between April and her coworker, Jeff:

There are a number of issues here. First, there’s no need for April to ask if she can ask a question; she comes across as if she’s bowing and scraping. When she does ask her question, it’s vague, and it doesn’t specify the urgency of her need.

Jeff, meanwhile, by using the phrase “have to,” implies that April’s request is an imposition that forces him to take on an additional burden. When he says he’ll “try,” he gives the impression that he’s uncertain about his ability to fulfill her request in the timeframe he specifies, and implies that he’s making room for himself to wriggle out of the commitment.

Meanwhile, Fine argues that speaking assertively gives the impression that you know what you want and need. It also commands attention.

Consider the following dialogue, in which both parties are direct and assertive:

Here, April clearly communicates her need and the timeframe she’s expecting. She gets straight to the point. Jeff, too, is clear about his plan of action, letting April know what he’s doing and when she can expect her request to be fulfilled. Both parties come across as confident professionals who are sure of their needs and capabilities.

Like what you just read? Read the rest of the world's best book summary and analysis of Debra Fine's "The Fine Art of Small Talk" at Shortform.

Here's what you'll find in our full The Fine Art of Small Talk summary: 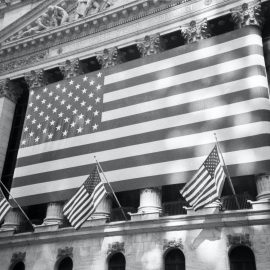 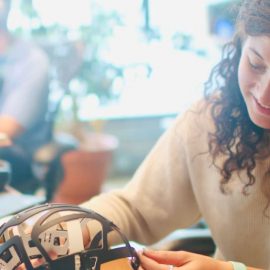 The MVP Test: How Lean Startups Learn From Failure