Who is Polly in Fever 1793? Why was Polly’s death significant to the story?

In Fever 1793, Polly was the first person Matilda knew of to die of yellow fever. Polly was Matilda’s childhood friend and she was shocked to hear the news. At the time, they didn’t know that Polly’s death would be the first of many.

Keep reading to learn more about Polly in Fever 1793.

Downstairs, Matilda found Eliza in the large kitchen preparing gingerbread for the day. Matilda loved Eliza for more than her cooking abilities. Eliza was kind and often slipped a sugar cube in the bottom of her bowl of oatmeal. Eliza was born into slavery in Virginia. When she married, her husband used his savings to buy her freedom. Eliza had been saving up to buy his, but he was killed by a wild horse. Eliza stopped speaking and went into a deep mourning, something Lucille knew well. The two women became connected through their sorrow. After a few years, Eliza’s light finally turned back on inside, but Lucille’s never did.

The kitchen was the smaller of the two downstairs rooms. The largest was the serving room for their customers. That morning, Grandpa was also nowhere to be found. Matilda offered to search for him and Polly, but her mother ordered her to tend to the dying garden.

Matilda hated taking orders. Now that she was getting older, Lucille treated her more like a servant than a daughter. Matilda couldn’t wait until she could leave home. She wanted to move to Paris and bring back French fineries, like cloth and jewelry, to sell to Philadelphia’s elite. She wanted to buy a city block and open a restaurant, a pharmacy, a school, or maybe a hatter’s shop. She had big dreams and believed she would reach them.

But for now, she was a daughter stuck in the house. She begrudgingly went to water the scorched garden, which is where her mother found her when she returned from searching for Polly. Lucille told Matilda that Polly fell ill the night before and collapsed. She was dead.

Matilda couldn’t believe the news about Polly’s death. The two were close friends before Polly became their servant. They’d played with dolls and made up songs while churning butter. Matilda closed her eyes and tried to conjure the memory.

Matilda, Lucille, and Eliza sat at the kitchen table, letting the news sink in. Polly hadn’t suffered. She came down with a fever, and an hour later, she died. There had been no time for a doctor. Eliza worried about the other seven children in the house and thought Matilda should take some food over to ease their suffering. But Lucille wouldn’t hear of it. She forbade Matilda from going anywhere near the house or to the funeral.

Matilda was livid. She accused her mother of being cruel but immediately regretted it. Her mother had once been gentle and full of laughter and smiles. But since her husband’s death, Lucille had become a worn captain in the battle for their lives. Matilda was merely a soldier required to obey. She apologized at once. 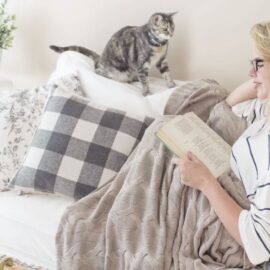 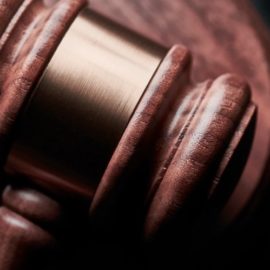 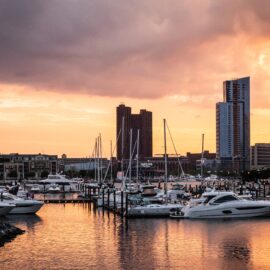