Who are the most important Orange Is the New Black characters? What role do these characters play in the story?

These Orange Is the New Black characters are Piper’s family and friends who helped her get through her experience in prison.

Read more about the Orange Is the New Black characters below.

Orange Is the New Black Characters

Of course, as the main character and author, Piper is one of the both important Orange is the New Black characters. Piper was a privileged, well-educated white woman from an upper-middle-class family. Shortly after graduating college in the early 1990s, Piper became involved with her girlfriend Nora Jansen’s international drug smuggling operation. Despite the glamour of her jet-setting lifestyle, however, Piper had growing apprehensions about what she was doing. She knew that Nora was untrustworthy, dangerous, and fully willing to exploit her for her own advantage. Nora thought little of putting Piper at great legal and physical risk if it meant more profit for the drug smuggling operation. Ultimately, Piper ended her relationship with Nora and cut off all ties with her.

Piper began a more conventional, risk-free life, glad to have put her criminal past behind her. She landed a job as a television producer and editor, working primarily on infomercials and met and fell in love with a man named Larry. He was not the risk-seeking, hip, bohemian type she had traditionally been attracted to, but he was good-hearted, kind, and loved her intensely—and Piper found, this was all she ever wanted. Larry is also one of the important Orange is the New Black characters, since he stood by Piper during her time in prison.

The happy couple moved to New York City for work in 1998. That May, US customs officials appeared at their home to tell Piper that she was indicted on conspiracy charges related to her old drug smuggling activities. Nora had given Piper’s name to the authorities, which had resulted in her being charged as a co-conspirator. Terrified of a potentially long sentence if she risked trial, Piper accepted a plea deal and awaited her fate. After Piper pleaded guilty, Larry proposed to her. She knew that together, they would be able to overcome whatever the future had in store for them.

Piper’s friends at Danbury were incredibly important to her ability to get through life in prison and are all important Orange is the New Black characters. Here’s an examples of how the friends supported each other.

Pop summoned Piper to the visiting room. When Piper arrived, she was greeted by her friends yelling, “Surprise!” Pop and Jae had organized a surprise 35th birthday party for her, complete with a full prison banquet, decorations, and gifts. Piper was overcome with gratitude, joy, and emotion when Pop presented her with a pair of homemade slippers, made from reconstructed shower shoes and covered in crocheted yarn.

Seeing all her friends—Pop, Jae, Little Janet, Rosemarie, Pennsatucky, Toni—gathered together was overwhelming. These were women whom, a year ago, she wouldn’t have ever thought she would even meet. Now, they were among her very closest friends. Piper saw that she had a community at Danbury, with people who truly loved and cared for her. Little Janet wrote a heartfelt letter to Piper, telling her to stay strong and reminding her that she would soon be back home with her family and her fiance. Jae handed Piper a handmade birthday card, in which she wrote, “I never thought I’d find a friend like you.”

But Piper did manage to find some level of comfort from religious holidays. When Easter came up in March, it was the first holiday she knew she would miss with her family because of her incarceration. But Pop and her kitchen crew prepared a wonderful Easter meal that managed to give Piper a small taste of home. They served up baked chicken, cabbage, dumplings, and deviled eggs. Pop’s connections gave her access to contraband that no one else in the prison could dream of getting. Although Piper chose not to bunk with her, Pop became like a mother to Piper, guiding her through the trials and tribulations of prison with a unique mixture of compassion and tough love. She was exactly the kind of guardian figure someone like Piper needed in Danbury.

Next on the Orange is the New Black character list is Crazy Eyes. That spring, a new inmate came to the minimum security camp as a reward for her good behavior at the neighboring maximum security facility. This woman, “Crazy Eyes” Morena, attempted to seduce Piper. Piper knew that many women engaged in brief, experimental same-sex relationships during the period of their incarceration—going “gay for the stay” as it was called—but she was determined to remain faithful to Larry. Eventually, Piper politely but firmly rebuffed Crazy Eyes’s advances.

Piper was assigned to a job in the electrical shop. On her work crew were two other inmates, the perpetually nervous Little Janet and Levy, a French Moroccan Jew. Piper developed a quick distaste for Levy, who was snobbish and constantly insisting that no one else at Danbury had any “class.” The head of electrical was the cruel and odious DeSimon, who took pleasure in emotionally tormenting the inmates. DeSimon was the head of the CO union and widely disliked even by his colleagues. He is one of the people on the Orange is the New Black character list who mistreated Piper and made her life worse.

One day, DeSimon took Piper, Little Janet, and Levy in a van to a pump house just outside the prison. He then left them outside of the pump house and drove off for several hours. This was pure emotional torment for the three—DeSimon surely knew that if any prison officials passed by and saw them standing outside, off-campus, in their uniforms, they could be charged with attempting to escape. Finally, he returned and ordered them to clean the pump house in preparation for an upcoming inspection of the prison by the BOP. The work was grim and dark—the women screamed when they found discarded snakeskins in the pump, which elicited an evil chuckle from DeSimon. 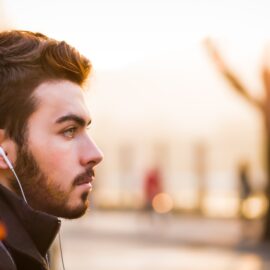 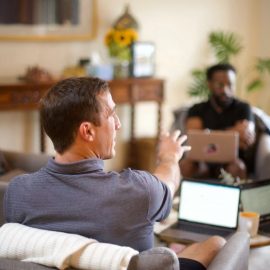 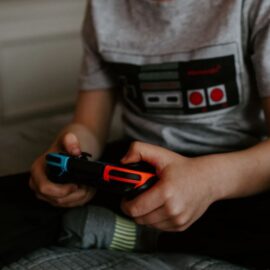 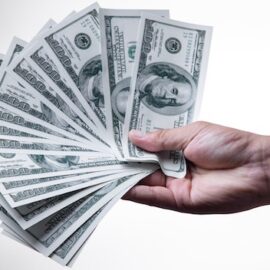