What is the opportunity gap? What are the main factors that contribute to societal disparities in access to resources and opportunities?

The opportunity gap can be defined as unequal access to resources and opportunities due to factors such as race, income, and ability. When we’re talking about it, we’re essentially talking about privilege. If you are privileged, even if you worked hard to get where you are, your success is greater than those who began without those privileges.

Read about the opportunity gap and why it’s important to reflect on opportunities and privilege.

The opportunity gap refers to any significant and persistent differences in access to resources and opportunities due to arbitrary circumstances in people’s lives. When we are talking about the opportunity gap, we are talking about the disparities that arise due to factors that are usually beyond our control (e.g. race, disability, sexuality, neurotypicality, physical attractiveness, and family background).

The opportunity gap is closely related to privilege. Privilege is a situation in which one person or group has advantages that another doesn’t. We’re all privileged in some ways and disadvantaged in others. These advantages are unfairly distributed to begin with.

Privilege feeds more privilege, leaving people who started with less stuck at the bottom of the ladder while the rest of us get on with climbing it.

Whenever we behave as if competition was fair when it wasn’t, we’re accomplices to the injustice. For example, if you have a college degree and hire only other people with college degrees, for example, you’re perpetuating the same cycle of privilege and disadvantage and

What Does “Check Your Privilege” Mean?

If you’re told to “check your privilege,” you’re being asked to think honestly about how your privilege has gotten you to this point. What advantages have you had that other people haven’t? What struggles might you be unaware of in other people’s lives? How is this affecting your perspective?

In some circles, “check your privilege” has become a cliché that provokes eye rolls and sarcastic jabs. But it’s fundamental in advancing our conversations about race, because it highlights the injustices built into the system.

All of us are blind to at least some of our privilege. That’s why it’s good to make a habit of checking it frequently. Although checking our privilege can feel bad, it opens up opportunities to do good, such as standing up for someone who lacks the same privilege.

For example, one White Supremacist belief is that the lighter someone’s skin is, the more intelligent they are. Within this system, someone with very dark skin has little power to prove her intelligence, as she probably won’t be listened to when she tries. But someone with lighter skin may be able to intervene on her behalf in subtle or more overt ways. 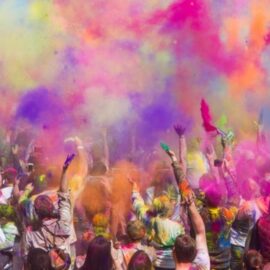 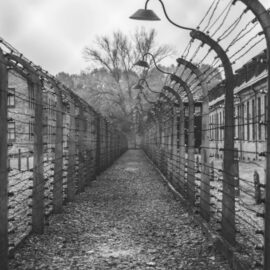