How does modern day America compare to other developed countries? What is the main factor behind their differences?

The American caste system makes the most powerful country in the world the most antiquated. Almost every other developed nation is thriving in ways in which modern day America is failing.

Keep reading to learn how modern day America compare to other developed nations and what the defining factor in this difference.

How Does Modern Day America Compare to Other Developed Nations?

The current social and political landscapes in modern day America derive from the infrastructure of human hierarchy developed 400 years ago when Europeans first came to this land. This hierarchy placing whites at the top and black people at the bottom is the American caste system.

This hierarchical stratification of the American society is the defining factor that separates modern day America from other developed nations in terms of quality of life and social and political progress.

What Coronavirus Revealed About Americans

Americans watched from the safety of their country as the deadly coronavirus ravaged first the Eastern Hemisphere and made its way west to Europe. The delusion of supremacy in American culture allowed many, including the president, to falsely comfort themselves that America was somehow immune to this disastrous pandemic.

This mindset became a massive liability when the virus finally landed on American soil. No preparations were made to manage the pandemic beforehand. Before long, America led the world in the number of cases and deaths despite the first infection in the country happening months later than most other countries. The virus swept through the states and exposed the weak structure of the national government, health care system, and economy. The virus also exposed the effect of a caste system when the most vulnerable in society suffered disproportionate infection rates.

Dominant caste members turned their wrath toward Asian Americans because they looked like people from the origin city of the virus. Federal and local governments stood by as people in the lowest-paid, yet most-essential jobs got sick or died faster than any other group. Despite fears about the zero-sum nature of minority progress, most mudsill jobs in modern day America are still held by minorities, not dominant caste members.

Store clerks, transportation workers, delivery drivers, sanitation workers, and factory workers were forced to maintain the functioning of public life, risking high exposure to the virus, while those in higher-paying and higher-profile positions quarantined safely at home. Once again, the functioning of the country was possible because of the efforts of the least-supported communities, most of which do not have adequate health coverage to keep them alive if infected.

The administration refused to acknowledge the virus as a problem and forced state governments to vie for protective gear, testing, and funding to support their citizens. And any leaders who took measures to implement life-saving protocols were criticized.

The virus exposed the gaps in the humanity of modern day America in ways other social activism failed to do. And people from all castes were forced to acknowledge the fallacy of superiority because the virus does not discriminate. 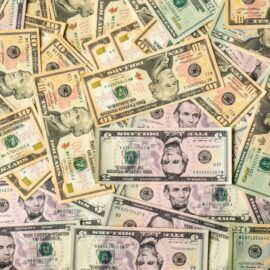