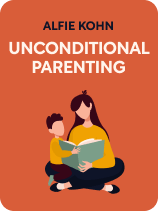 Want to know how to be a parent in today’s ever-changing world? What should you know to be a great parent?

Keep reading to learn Kohn’s advice about how to be a parent in today’s world.

How to Be a Parent: Issues With Mainstream Parenting

According to Kohn, mainstream parenting advice focuses almost exclusively on how to use discipline: being a parent today means using rewards to encourage good behavior and punishments to discourage bad behavior. He argues that even seemingly progressive parenting advice (for example, doling out attention, affection, and praise when you catch your child behaving well or putting a misbehaving child in a time-out) still buys into an overall parenting framework built around rewards and punishments. This framework for how to be a parent, he says, is outdated, and it may even be damaging your children.

Parents are often advised to tweak these strategies to make them less damaging, for example by ignoring bad behavior rather than actively punishing it or by praising effort, not ability. But Kohn says this misses the point—he encourages parents to break free of the old framework entirely.

Why You Shouldn’t Use Conditional Parenting

Kohn argues that any system of rewards and punishments (and their close relatives, bribes, and threats) is ultimately destined to fail both parent and child. Specifically, parents should stop using these techniques for six reasons:

1. They’re rooted in behaviorism, an outdated psychological theory that’s inappropriate to use with human children.

3. They make children self-interested by establishing that the only way to be rewarded, and not punished, is through thinking of selfish consequences.

4. They’re manipulative and disrespectful. They trivialize kids’ own desires and points of view in a way that you’d never consider doing with another adult.

5. They don’t work. Rewards, punishments, bribes, and threats might “work” to achieve compliance in the short term, but in the long term they’re ineffective and often backfire.

6. They have damaging long-term effects. Kohn cites studies showing that children whose parents use “control techniques” end up with poor self-esteem and depression and may even be more likely to commit crimes.

How to Be an Unconditional Parent: Kohn’s Guidelines

Kohn deliberately doesn’t offer scripts or specific advice on how to be a parent, saying that paying attention, reflecting, and following the principles is enough. Parents have criticized him for this, however, so for each guideline, we’ll add one or two specific techniques for you to experiment with.

Children are extremely sensitive to their parents’ emotional states. If you keep calm, so will your child. Stress causes parents to discipline their kids more severely and more inconsistently, which is exactly what you’re trying to avoid.

Kohn recognizes that staying calm can be a particular challenge if you’re in public, or if a child shouts things like “I hate you!” or “You’re a bad daddy!” In these cases, don’t get flustered; just see this as a way that she’s expressing negative feelings in the moment. If you stay calm, you’re also modeling good emotional regulation, which is one of the most important life skills your child can learn.

According to Kohn, the basis for all unconditional parenting techniques is empathy. Young children get carted from place to place, they’re physically smaller and weaker than adults, and in general they have very little control over their lives. They’re also dealing with impulses and emotions they don’t understand, rapidly changing bodies and brains, and new and confusing social situations. Your child’s needs and emotions might not make much sense to you (for example, you might not be too worried about monsters under the bed), but you should take them seriously because your child takes them seriously. In particular, don’t dismiss behavior as “attention-seeking”—wanting attention is a perfectly legitimate human need.

Kohn adds that when you’re trying to figure out your child’s motivations for doing something you don’t like, he recommends going with the most generous interpretation possible of what you’ve observed, for two reasons: First, you don’t want to jump to conclusions that might not be correct, and second, kids internalize the motivations we attribute to them (for example, if you say, “Don’t be selfish, share your toys,” the child might interpret this to mean that she’s a selfish person). Showing empathy to your kids also models the empathetic behavior you want them to grow into later.

Guideline #3: Control the Environment, Not the Child

Kohn’s recommendations for how to be a great parent include structuring your child’s environment so it sets him up for success. For example, it’s more effective to set up a barrier between the child and any dangerous objects than to continually tell them “no” or move him away. For a small child, this could look like moving breakable objects to higher shelves. If you’re going to leave the house to do something that you know will be boring for your child, bring along some toys or books that will keep him occupied.

This guideline applies to time, too: It’s a universal rule of parenting that the tighter the timeframe, the longer the child will take to get ready. Whenever you can, allot more time to activities than you think you’ll need. Doing this also helps you to keep your cool (Guideline #1).

How to Be a Parent: Alfie Kohn’s 3 Guidelines 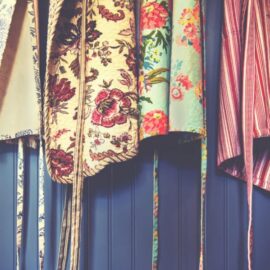 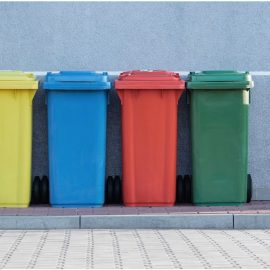 Advice for Your 20s + 5 Exercises for the Future 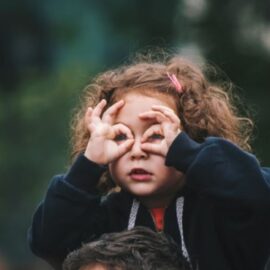