Who is Curt Lemon in The Things They Carried? What are the defining moments for his character?

Curt Lemon is a soldier in the Vietnam War in The Things They Carried. Curt Lemon feels like his masculinity is on the line in Vietnam, and he’ll go to great lengths to prove what a man he is.

We’ll cover the most important scenes involving Curt Lemon in The Things They Carried.

Curt Lemon in The Things They Carried

Rat had served with a man named Curt Lemon who was known for volunteering for the most dangerous combat assignments, like late-night reconnaissance missions and patrols. In The Things They Carried, Curt Lemon was also celebrated for being a daredevil with what his fellow soldiers saw as a terrific sense of humor. According to Rat, Lemon once went out to a Vietnamese village, nude except for a mask and full body paint, to go “trick-or-treating,” bewildering the villagers in the process.

Curt Lemon was killed in action when he accidentally stepped on a landmine while he and Rat were goofing off by tossing smoke grenades back and forth. The men even had to retrieve Lemon’s mangled remains out of a tree, during which Dave Jensen sang the song “Lemon Tree,” laughing in the face of death once again. Rat tells O’Brien that he wrote a letter to Curt Lemon’s sister, telling her how much he loved her brother. When he didn’t hear back from the sister, Rat was dismayed, then angered. In the coarse and brutalized language which the men have adopted, he tells O’Brien that “the dumb cooze” never wrote back.

A Tooth for a Tooth

O’Brien, in fact, has his own Curt Lemon story in The Things They Carried. He recalls an Army dentist who visited the company one day to check in on the men’s teeth. Lemon, for all his bravado, fearlessness, and exploits in combat, was, for some reason, deathly afraid of going to the dentist. When it came time for Lemon to have his teeth examined, he fainted.

For a man like Curt Lemon in a place like Vietnam, this was a deeply embarrassing episode. He couldn’t face the other men after this “lapse” in his masculinity unless he made things right. So that evening, he went into the dental tent complaining of a toothache and insisted that the dentist extract what was, in fact, a healthy tooth.

Although in great physical pain, Curt Lemon in The Things They Carried was in bright spirits the next morning. He had performed his penance and avenged the dishonor he’d done to himself by fainting. 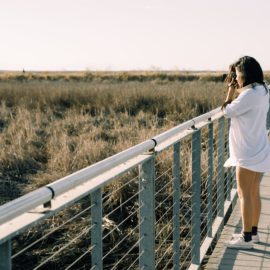 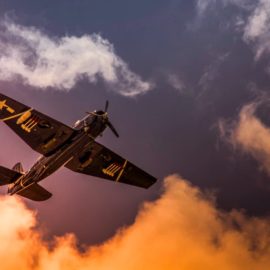