Who was Coach O in The Blind Side? How did Coach O influence Michael’s decision to attend Ole Miss?

Coach O in The Blind Side assumed the head coach role at Ole Miss in the middle of Michael’s recruiting process. Michael was impressed with how Coach O handled the process and wanted to play for him.

Read more about Coach O in The Blind Side.

Michael was getting better at playing the role of doted-on rich kid, but it didn’t change who he was in his heart. He was still innocent and naive, and because of this, he never spoke to any of the coaches who came to visit. Instead, he’d sit quietly while the recruiters expounded on the great programs and benefits they could offer him and let Sean Jr. ask the hard questions, namely what sort of perks they would offer him as Michael’s brother. The bond between brothers was stronger than ever, and Sean Jr. made it clear that Michael wouldn’t be going anywhere he wasn’t invited along as his entourage. Luckily, Coach O in The Blind Side was willing to accommodate this.

After months of entertaining coaches and school visits, Michael finally narrowed his choices down to three: LSU, Ole Miss, and Tennessee. Of course, Leigh Anne wanted Michael to go to Ole Miss as much because it was only an hour away as it was her alma mater. She knew people in high positions there and could control Michael’s experience better, but she felt herself become persuaded when the coach from LSU, Nick Saban, made his home visit. He was suave, sophisticated, and well-mannered. He was the kind of person Leigh Anne believed was decent, and she was starting to come around to the idea of Michael attending LSU. Unfortunately, a few weeks after his visit, Saban accepted the head coaching job for the Miami Dolphins in the NFL.

The next home visit was supposed to be from Ole Miss’s head coach, but he was fired only days before he was meant to arrive in Memphis. The only coach left standing was famed Tennessee coach Phil Fulmer, who’d been after Michael since his junior year. The only hitch—Tennessee was the main rival of Ole Miss, and Sean was not happy about the prospect of having Michael play for the enemy. Of course, Sean didn’t share this with Michael. He couldn’t be seen in any way to be influencing Michael toward Ole Miss. Instead, he decided to push LSU, even without a coach.

But things changed when Ole Miss hired a new coach, a Louisiana native who served as defensive line coach for the University of Southern California. Coach Ed Orgeron, or Coach O, announced his intent to assume the Ole Miss head coach position at a news conference, and five hours later, he was sitting in the Tuohy living room. As usual, Michael stayed silent. Then, when Coach O was ready to leave, Michael finally asked his first question. He asked what the coach was planning on doing with the players who’d already committed to Ole Miss.

Sean assumed Michael was asking because his close friend had received a scholarship from Ole Miss as the kicker. But Michael wanted to see what type of character Coach O in The Blind Side had. If he was going to release all the players who’d been promised a spot on the team by the old coach, was this the type of person he wanted to play for? But Coach O said he was going to let them stay, and after Sean Jr. was promised full access and the chance to lead the team on the field at the first home game, Michael felt good about this new coach.

In general, Michael had taken a lot away from the five-month recruitment process regarding people. He saw who cared about him and who wanted to profit off of him. Hugh Freeze fell into this latter group, as Michael saw that Hugh had used his relationship with him to secure a position on the Tennessee coaching staff. He also saw that Sean respected him enough not to pressure him, and although Leigh Anne and Sue had made their feelings clear, their intentions were more about his support system than school loyalty.

Finally, on February 1, 2005, Michael announced his choice at a press conference. He told the reporters he was attending Ole Miss because he wanted to continue the Ole Miss tradition of his family. Ole Miss felt like home, which was not a surprise considering his home was one large shrine to the Rebels. Later, Michael confessed to Sean Jr. that he’d known he was going to Ole Miss since September. He’d just enjoyed the wooing from so many other places.

A month after the end of the NCAA investigation, Michael walked across the stage at Briarcrest’s graduation to receive his diploma. Big Tony and Sue were both in attendance, but Michael’s mother was not.

A couple of months later, Michael finished his final BYU course and successfully upped his GPA to NCAA standards. Sean turned in the paperwork a day before the deadline, and the next day, Michael was given the green light to play collegiate sports. His future was again on track.

When Coach O in The Blind Side heard the news, he called Sean and told him how happy he was. His plan was to build an entire offensive around Michael, which was unusual. Most college freshmen don’t start their first year. They are given an extra year of eligibility to practice at the higher level and learn from the upperclassmen. Sean was concerned when he heard this news. Michael wasn’t ready to face off against 22-year-old men who’d been playing college football for years.

Sean went to Coach O’s office to explain exactly who Michael was. He explained that he’d never weight-trained like other players and had only played offense for one season. He also didn’t learn plays like other players. Michael couldn’t learn by staring at a series of drawn-up plays on a whiteboard or in a binder. The Xs and Os wouldn’t make sense to him. He would say they did to please the coach, but come game day, he’d be lost.

Micahel learned by seeing, and he had the gift of memorization. Once he saw something, he never forgot it. If Coach O in The Blind Side wanted Michael to learn plays, he had to use props and videos to show him what to do. Coach O took three pages of notes and thanked Sean for this valuable information. He would take these issues to heart. Michael would be in good hands. 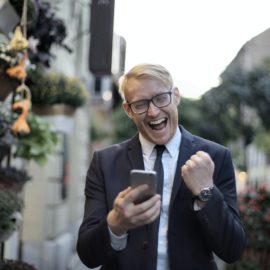 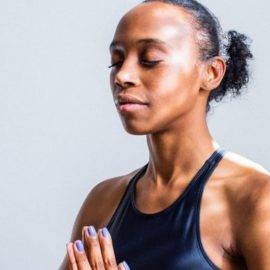