Do you need a Where the Crawdads Sing chapter 1 summary to help explain the beginning of the book? What happened at the start of this book set in a fictional place in North Carolina?

As you read this Where the Crawdads Sing chapter 1 summary think about how Kya was abandoned by the townspeople of Barkley Cove. Could anyone have helped her early on?

Kya was six years old when her ma walked out of the house one morning, slamming the porch door on her way out. Kya was used to seeing Ma walk down the long dirt lane leading from their house to the ruddy road into town. This day, like all the others, Kya ran to the porch to wait for Ma to turn back at the bend and wave. Kya noticed that Ma was carrying a suitcase and wearing her fancy faux-alligator-skin heels. At the bend, Ma didn’t turn and wave. Kya ran to a part of the field where the road to town becomes visible, but all Kya saw was the end of the suitcase disappearing behind a bush.

Her older brother Jodie, the youngest of Kya’s four older siblings, stood with her. He promised that Ma would return, that mothers don’t abandon their children. But he didn’t sound convinced. Jodie was seven years older and had always been Kya’s mentor of sorts, teaching her about marsh wildlife and how to navigate the waterways in Pa’s boat. Kya wanted to believe him, but she sensed the suitcase and heels told a different story.

Kya had become used to her parents fighting. But Ma had never left for more than a day or two before. She was positive she’d see Ma—so loving and kind—walk back up the dirt lane soon.

That night, Kya couldn’t stop thinking about mornings with Ma, when she’d wake up to the smell of frying fatback, grits on the stove, and biscuits baking in the wood oven. On those mornings, she would hug Kya and call her a special girl. Ma would sing folk songs or nursery rhymes, or the two would clasp hands and dance around the kitchen. This section of the Where the Crawdads Sing chapter 1 summary discusses Kya’s attempts to deal with her mothers’ abandonment.

Kya should have known something was off that morning. Ma had been silent when she made breakfast. She didn’t smile, and her vacant eyes were bloodshot. A discolored bruise had formed across her forehead. The breakfast dishes still sat in the sink. Ma had left without washing up.

Kya took up her watchpost on the porch the next morning and the morning after that. Jodie tried to cheer her up with a make-believe games about explorers. His distraction worked for a while, but Kya’s thoughts turned back to Ma. All she wanted to do was wait for Ma to come around the bend. She didn’t cry. She was stoic, staring at the empty lane.

In just a few weeks, Pa would drive each of Kya’s teenage siblings away. His drunken rages turned into violent assaults, and each child—Missy, Murph, and Mandy (as Kya, later in life, would remember them, forgetting their real names)―found themselves on the receiving end of a punch or slap across the face.

One morning, with just Kya and Jodie left in the house, Kya awoke to the familiar sounds of breakfast cooking and rushed to see the glorious return of Ma. But it was only Jodie making grits and eggs. They kept quiet so as not to wake Pa.

After breakfast, the children set out to play in the marsh. They hadn’t run far from the shack when the sloppy torrent of Pa’s voice echoed from the porch. Kya wanted to hide in the overgrowth, but Jodie said everything would be fine.

When Jodie found Kya watching the sea at sunset on their private beach, she didn’t have to see his face to know Pa had punched him in the mouth. The way he talked indicated as much. Kya knew what was coming before Jodie even told her he was leaving home.

Kya wanted to tell him to stay or take her with him. She didn’t want to be left with only Pa to rely on, but she froze, unable to make the words come out. Jodie told her to be careful and hide in the marsh if anyone, even Pa, tried to do anything to her. Then, he turned and walked away.

Her first night alone in the shack was a trying one for six-year-old Kya. The kitchen, once lively with voices and warm from the wood stove, was stark and cold when she went to find something to eat. She heated up leftover grits and waited for Pa to come home.

When it got late, she crawled onto her mattress on the floor of the screened-in porch and tried to sleep. At first, the night scared her, and she woke thinking she heard footsteps. But soon, the familiar sounds of the marsh life lulled her to sleep.

Pa didn’t come home for another three days. When he finally stumbled in on the fourth night drunk, he staggered around, asking where everybody was. He called Kya names and raged around the house. Kya ran to the beach for safety, but she smelled smoke after a few minutes. When she ran back to the house, she found Pa in front of a large bonfire burning everything that had belonged to Ma. Ma’s paintings (Ma had been a wonderful artist), dresses, and books disintegrated in the blaze.

Kya ran to block Pa’s entrance into the shack, refusing to let him pass to get more of Ma’s possessions. He reached back to slap her, but instead, he stumbled away and climbed into his fishing boat. After that night, Kya kept a safe distance from Pa.

The Where the Crawdads Sing chapter 1 summary goes over how Kya became self-sufficient, first by buying groceries with the little money Pa gave her.

When she arrived on Main Street, three boys nearly ran her over on their bikes. A local fabric store owner, Miss Pansy Price, scolded the boys after they nearly ran into her, too, and Kya heard her call one of them Chase Andrews and refer to Kya as swamp trash. Kya recognized Chase as the son of the family who owned Western Auto.

After the boys left, Kya scurried inside the Piggly Wiggly. She grabbed a bag of grits and took it to the counter. When Mrs. Singletary—the soft and sympathetic clerk—counted out change into her tiny hand, Kya was stunned to still have money. She took the bag and ran all the way home.

Kya had never cooked before, but after a disastrous first attempt at making grits, she figured it out. She foraged turnip greens from Ma’s garden and boiled them in a pot. Pa stayed out of her way, and she stayed out of his. Sometimes, they’d go for days circling around each other and never talking. She kept the house clean like he asked, but mostly she wanted it to look nice for when Ma returned.

The only thing Kya knew about her birthday was that the autumn moon hung high in the sky around that time. When she saw it one night, she assumed she was now seven. She was sure Ma would come back for her birthday, so she dressed up in the only dress she owned and waited.

Once again, Ma didn’t show up. Kya stood from the porch and took the grits to the beach. She loved to feed the sea birds, loved how they circled above her and dove down to peck grits from the ground and her hands. She spent her first birthday without Ma in the company of birds. 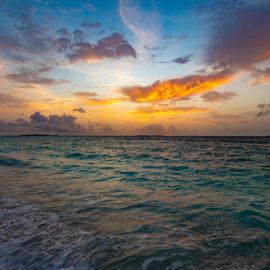 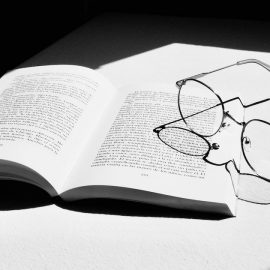 Seven and a Half Lessons About the Brain: Book Overview