What does science have to say about human sexuality? What are the most notable theories of sexuality?

Sex educator Emily Nagoski identifies two models that made an impact on our conceptualization of human sexual response: the four-phase model and the triphasic model.

We’ll explore both of these models below.

From the experiment, Nagoski says the researchers identified four different phases of physical arousal, from stimulation to post-orgasm. This model would become the foundation of scientists’ and therapists’ understanding of human sexual response.

She goes on to explain that during the first phase, excitement, the body starts reacting to the sexual experience (for example, by lubricating the vaginal wall and increasing the body’s heart rate). Throughout the second phase, plateau, these processes continue, along with the contraction of different muscle groups. During the third phase, orgasm, the vagina and other organs contract, followed by a sudden release of tension throughout the body. Finally, at the fourth phase, resolution, everything returns to baseline.

Nagoski tells us that, by the 1970s, sex therapists were using the four-phase model to treat clients with different types of sexual dysfunction. However, they discovered that the model was ineffective for treating those with a lack of interest in sex.

Nagoski claims that psychotherapist Helen Singer Kaplan realized that the model was missing a phase of sexual desire. Kaplan observed that within the context of a sexual relationship, a person needs to want to have sex before they can become aroused. To address this omission, Nagoski says Kaplan developed a triphasic model, which added a phase for desire and combined the phases of excitement and plateau to produce three phases: desire, arousal, and orgasm.

The 2-System Mechanism of Sexual Response

Nagoski tells us that although the triphasic model went on to serve as the basis for diagnostic criteria for the American Psychological Association, it raised many questions about desire—namely, why do different people seem to have different levels of desire? Additionally, neither the triphasic model nor its predecessor contained a description of what was happening in the brain during sexual arousal.

To fill these gaps, Nagoski says researchers at the Kinsey Institute in the late 1990s developed the theoretical model that makes up our modern understanding of human sexual response. Their model describes a two-system mechanism in the brain that determines our sexual personality. Nagoski nicknames these two systems our sexual “accelerator” and “brakes,” but moving forward, we’ll refer to them as the Sexual Excitation System (SES) and Sexual Inhibition System (SIS), the model’s original terms.

Nagoski explains that the Sexual Excitation System (SES) is responsible for the process of arousal. It constantly scans our environment for potential sexual stimuli. (Common examples could be the scent of cologne or seeing our partner in a bathing suit.) When the SES identifies sex-related stimuli, it sends a signal from our brain to our genitals so that our body can prepare for sex.

In contrast to the SES, Nagoski says that the Sexual Inhibition System (SIS) controls the process of impeding arousal. The SIS scans our environment for reasons not to have sex (for example, the risk of unwanted pregnancy) and sends a signal to our brain when we identify something relevant. 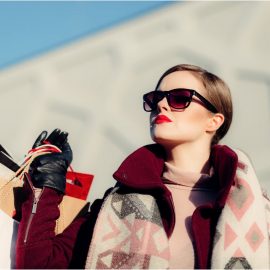 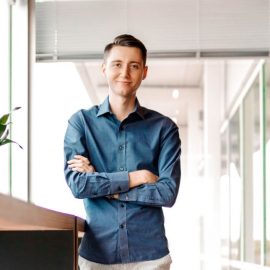 Reading the Body Language of the 4 Personality Types

The Observing Self vs. the Thinking Self