Is there a correlation between student attitude and academic performance? Can a fixed mindset keep students from reaching their academic potential?

We’ll cover how student attitude and academic performance are related and why a fixed mindset is one of the most detrimental attitudes a student can have. We’ll also cover tips for developing a growth mindset in yourself or your students.

Many people have wrong ideas about ability and achievement. For instance, they picture Thomas Edison working long hours alone in a small lab, when he suddenly invents the lightbulb in a “Eureka!” moment.

But that’s not how it happened. He had dozens of assistants working for him in a large corporate-funded lab. The successful lightbulb was the end result of a string of inventions, to which chemists, physicists, engineers, and many others contributed. Edison had a true growth mindset and drive to learn and tackle new challenges. Similarly, there’s a relationship between a bad student attitude and poor academic performance.

While ability helps, academic performance comes through learning and effort. Likewise, Darwin’s book, The Origin of Species, was the product of numerous drafts and conversations with countless colleagues over many years. Mozart worked more than ten years before producing notable work.

The relationship between student attitude and academic performance explains why some students achieve and others don’t.

Academic performance starts with mindset, the student’s attitude. Researchers measured students’ attitudes as they transitioned to junior high school, which is a particularly challenging time for adolescents, then followed them for two years.

The students started out with similar grades but after the transition with its new challenges, the grades of fixed-mindset students declined, while those of growth-oriented students improved. This demonstrates the link between student attitude and academic performance.

The fixed-mindset students tried to rationalize their poor grades with explanations such as “I’m no good at math” or they blamed the teacher. They viewed the change to junior high as threatening because it could expose them as failures. They protected themselves from failure by not trying (the low-effort syndrome).

In contrast, the growth-minded students faced the tougher environment by doubling down and working harder. They welcomed the opportunity to learn what they like and might achieve. This is the power of student attitude on academic performance.

A famous example of doubling down is the experience of George Danzig, a math graduate student at Berkeley. Once, he arrived late as his math class was ending and hurriedly copied two problems from the blackboard that he assumed were the assignment. They were quite difficult and it took him days of effort to solve them. It turns out that they weren’t intended to be homework problems, but were two famous problems no one had ever solved.

The transition to college is another crisis point in young people’s development. They go from being top students in their high school to having to prove themselves among top students from many high schools. This creates a crisis in student attitude and poor academic performance.

Anxiety is especially high in the pre-med classes. In the study of pre-med students facing the gateway chemistry course, there were big differences in how student attitude affected academic performance.

As a result, the growth-oriented students got higher grades than the fixed-minded students. The more difficult the material became, the harder they worked, motivating themselves and staying positive.

Ability is also a factor. All children aren’t created equal — some have greater ability and become prodigies by building on their ability, seeking challenges and pursuing a love of learning. However, everyone has interests that can grow into abilities if nurtured. As noted previously, no one really knows anyone else’s potential. While abilities vary, student attitude determines where you go with them.

There are many examples of great academic achievement by children with few resources, who were thought to have dead-ended until a growth-minded teacher showed them that they could learn. For example, as recounted in the movie Stand and Deliver, teacher Jaime Escalante taught advanced calculus to inner-city Hispanic high school students in Los Angeles.

Researcher Benjamin Bloom, who studied outstanding achievers, concluded that almost all people can learn under the right conditions, including support, commitment, and motivation. There’s a clear link between student attitude and academic performance.

A German research study showed that teachers with different attitudes get different results. Fixed-mindset teachers thought abilities were set in stone. They believed they knew their students’ intelligence and potential. In their classrooms, students ended the school year in the same ability group they started in.

In contrast, teachers with a growth mindset believed all students could improve. Their students all improved no matter which ability group they started in. As the year progressed, group differences disappeared.

Teaching from a fixed mindset hinders student achievement and puts teachers in the role of judging students, rather than of allies helping them to learn and succeed. The teacher’s attitude affects the students’ attitudes, and we’ve seen the link between student attitude and poor academic performance.

The link between student attitude and academic performance is strong, and since a student’s attitude is within his or her control, that means that performance often is, as well. 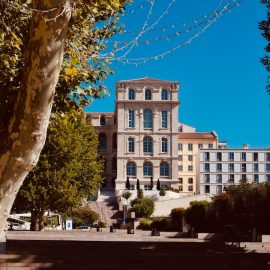 How to Choose a College: Prioritizing Quality Education 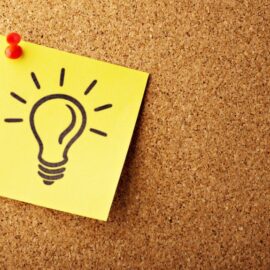 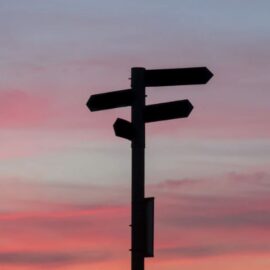 How to Practice Effectively: The 4 Methods for Perfection