What is the “left brain interpreter”? How does the brain assimilate new information?

The left brain interpreter is a neurophysiological concept that refers to the brain’s process of making sense of new information by relating it to existing knowledge. Although the concept was based on the studies of split-brain patients—patients who had their corpus callosum severed—it applies to neurotypical populations at large.

Keep reading to learn about the left brain interpreter and its role in sense-making.

Humans have a strong need for a sense of coherence and continuity, and the left-brain interpreter can be seen as the glue that holds the pieces of a narrative together. Research with split-brain patients may offer some clues about how it works.

Michael Gazzaniga and colleagues investigated what happens when there’s different input to the two hemispheres of split-brain patients. In most people, language is a left-hemisphere function. The team found that when they presented stimuli to the left hemisphere (for example flashing an image in the right visual field), the patient could easily name and describe the image. If a picture of an object was presented to the right hemisphere, patients verbally denied seeing anything, but could select that picture from an array of different pictures using their left hand.

The Problem With Rationalizing

There are two problems with rationalizing:

Problem #1: Rationalizing leads to inaccurate explanations of our decisions.

Gladwell discusses the Problem of the Two Ropes to demonstrate how far our rational explanations can veer from the truth. In a 1931 study, psychologist Norman Maier hung two ropes from the ceiling in a room that also contained various items of furniture and other tools. The ropes were far enough apart that if you held one rope in your hand, you couldn’t reach the other. He asked volunteers to come up with as many ways to tie the two ropes together as they could. There were three obvious solutions using the furniture and tools provided, which most people figured out fairly easily. There was also a fourth, non-obvious solution: set one of the ropes swinging, go stand next to the other, and grab the swinging rope before tying them together.

If a volunteer was having trouble producing this fourth solution, the psychologist walked across the room and casually bumped into one of the ropes, causing it to swing. The move was so subtle that volunteers’ unconscious minds picked up on the suggestion while their conscious minds didn’t. After that, most people came up with the fourth solution.

Gladwell points out that language is the primary tool of the rational mind. Using language (and therefore activating our rational minds) when a task is better completed by the unconscious mind can snuff out insights.

Think about any stranger you saw today, maybe the barista who made your morning coffee. Suppose someone asked you to describe the barista in as much detail as possible, including facial features, hair color, clothing, and jewelry.

This is verbal overshadowing. Instead of remembering what you saw, you’re remembering your description, which, due to the limits of language, will always be less accurate than your visual memory. When you explain yourself, you override the complex experience that you’re explaining. (Shortform note: Verbal overshadowing doesn’t only apply to faces. It also affects other visual memories, as well as our memories of tastes and sounds.) 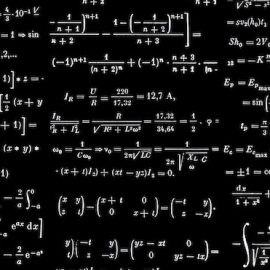