What genre gets Isabel’s noggin-a-joggin? What books does she believe can help us understand the world we live in today?

Isabel is happy to tell you all about it. Based in New York City, she’s a content writer at Shortform. We interviewed her recently to learn a bit about her relationship with books.

Our Interview With Isabel

Over the years, Isabel has become more patient and skilled in figuring out what an author is trying to convey—and she finds great value in contending with books she doesn’t agree with. Here’s what she has to say about her reading experiences.

At the risk of sounding like a total geek, I have a really deep appreciation for Plato’s Republic. I was lucky enough to take a class in college entirely dedicated to it—reading the book from front to back with the help of a professor. Reading it that way helped me get a sense of scope for what Plato accomplished—as well as how people have responded to the book over time. Going through the pages with the knowledge that any given section has a dozen alternative meanings or interpretations you might have missed … it’s absolutely nuts! The way Plato ties together characters and drama with complicated philosophical ideas is really spectacular, to the extent that nobody has really been able to do it like him since. I could keep gushing about it, but I’ll spare you!

The last book I read was Do Androids Dream of Electric Sheep? by Philip K. Dick. He has a really unique way of making his books feel like dreams within dreams within dreams, and reading them is guaranteed to be an interesting—if often depressing—journey.

I’ve been reading Beyond Good and Evil by Friedrich Nietzsche recently. He falls into a category of authors who simultaneously horrify and fascinate me. He writes beautiful prose with this intense passion and dark humor that draws me in, and then—as soon as I take a step back and consider what he’s actually saying—I’m repulsed. I listened to a lecture on Nietzsche once, and one line, in particular, stuck with me: If you agree with everything he says, you’re reading him wrong. Instead, go into the work expecting a challenge to your beliefs, and be ready to reckon with it.

Up next, I want to read Fear and Loathing in Las Vegas. I’ve had it around for a few years now and have kept meaning to pick it up—then totally forgetting about it!

I like science fiction! Putting together modern-day big questions with weird, imaginative hypotheticals gets my noggin-a-joggin in all the right ways.

I tend to stay away from books with a lot of heavy action. Generally, I just find descriptions of actions and events to be less interesting compared to the relationships and emotions of characters.

I still love paper books! There’s something about having the thing in front of you to hold onto and own that I appreciate.

What book do you think everyone should read in their lifetime?

For a better understanding of the world we live in today, I would recommend everyone read The Modern Middle East by James L. Gelvin. The book gives centuries’ worth of context that people very rarely consider when talking or thinking about that part of the world. On a similar note, The Brothers by Stephen Kinzer also really helped me understand why the world is the way it is now politically—and the forces and individuals who made it that way.

How have your reading tastes changed over the years?

Definitely! I’m still pretty young, so it’s easy for me to say yes. I’ve become more patient and focused in my reading over the past few years, and I’ve gotten much better at trying to fully grasp the ideas of an author before passing my own judgments on them—with mixed success.

When I was a kid, I loved A Hitchhiker’s Guide to the Galaxy by Douglas Adams. I still do, but that was definitely one of the books that really captured my imagination when I was younger. I didn’t get 90% of the jokes, but I loved how irreverent and bizarre it was.

Do you have any guilty-pleasure books?

Vampires! Doesn’t matter what book it is, if it has vampires, I like it and feel shame for liking it. Now, if you’ll excuse me, I’m going to reread Twilight. Again. They’re all just so tormented! It makes for very juicy drama.

What are your favorite book adaptations and why?

It’s a bit grim, but I love Apocalypse Now for the way it captures the spirit of Heart of Darkness while still putting its own spin on the work.

For fans of YA novels, I would absolutely recommend I Am a Genius of Unspeakable Evil and I Want to Be Your Class President by Josh Lieb. Absolutely hilarious—and does the best job of any YA book I’ve read of melding a high-concept premise with relatable character moments. It definitely captures the angst of a middle school kid who thinks, “none of these other dumb kids understands what’s going on with me”—angst I definitely had.

At Shortform, how do you go about working on a book that has viewpoints you don’t agree with?

I love being able to work on a book I disagree with! My main approach is to strip the book down to its main logical points and arguments. I think it’s really easy to get caught up in a book’s overall tone, anecdotes, or bold claims—and to let those obscure the main arguments that the author’s making. Once you can isolate the logic, I find it becomes a lot easier, not only to explain what the book is trying to say, but also to recognize if and why I disagree with it and where potential gaps in the argument exist. I can’t be 100% objective in my approach—I’m only human— but I think it helps to boil down a book’s argument until it’s clear and simple. That way, it’s much easier for me to write in good faith toward the author, and it’s also much easier for a reader to see why they agree or disagree with the author as well.

Shortform Reads: The Joy in Books That Challenge Us 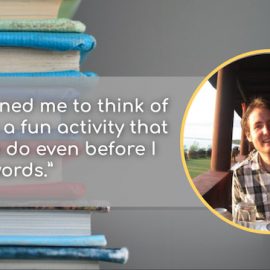 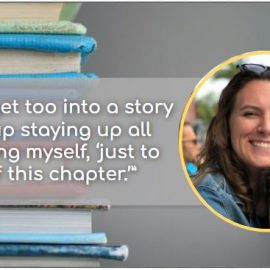 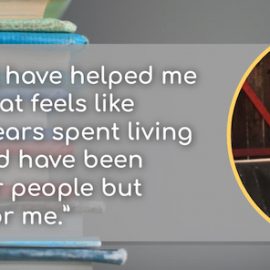 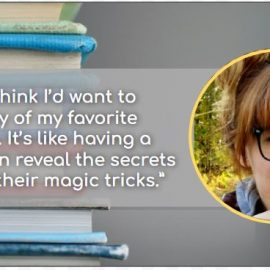 Shortform Reads: You’re Never Too Old for a YA Novel 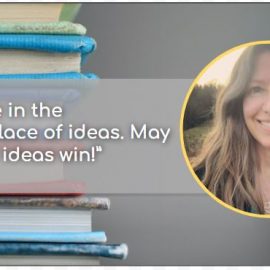 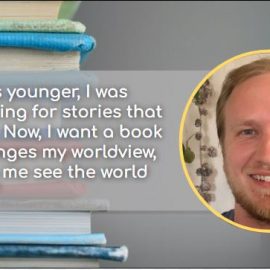