The Book of Laughter and Forgetting

Recommended by Timothy Snyder, and 1 others.

Timothy SnyderMilan Kundera was of course not really a dissident, but this book gets across the heartfelt reality of Stalinist faith. Kundera was a young Stalinist, as were his friends. So he knows what it was like to be on the inside, to have certainty about the rest of the world and to believe that everyone who didn’t share that certainty was a fool. To know where things were going and what you wanted from... (Source)

The Church and the Left

Writing in The New Republic, Nobel laureate Czeslaw Milosz said of Adam Michnik, "Before his unbending will, which pushes him to pay with his own person every time he encounters injustice. I feel what probably was felt by an average Hindu confronted by the devotion of Gandhi: admiration mixed with incredulity and hope. . . . Michnik is one of those who bring honor to the last two decades of the twentieth century."

Years in advance of the collapse of communism in Eastern Europe, Poland underwent one of the most radical and painful social and political upheavals of our... more
Writing in The New Republic, Nobel laureate Czeslaw Milosz said of Adam Michnik, "Before his unbending will, which pushes him to pay with his own person every time he encounters injustice. I feel what probably was felt by an average Hindu confronted by the devotion of Gandhi: admiration mixed with incredulity and hope. . . . Michnik is one of those who bring honor to the last two decades of the twentieth century."

Years in advance of the collapse of communism in Eastern Europe, Poland underwent one of the most radical and painful social and political upheavals of our century. Through a wide body of writing and an unswerving political commitment that took him from prison to parliament, Adam Michnik was a central figure in these events—culminating in 1989 with his role in formulating the political deal that brought Solidarity to power. Michnik's writings, most of them smuggled out of prison, have been translated into many languages; but until now, only isolated essays have appeared in English.

In The Church and the Left, Michnik gives full expression to the ideas that have shaped the drama of Poland and of our time. The unlikely alliance of the Catholic Church and the dissident Left is one of the most fascinating and confusing features of the Polish revolutionary movement. No other book better explains the logic of this powerful coalition—or its future implications. In superb discussions of liberalism and nationalism, of secularism and clericalism, Michnik illuminates the unique makeup and direction of Poland's social revolution and, at the same time, offers unparalleled insight into the internal struggles still present in Eastern Europe.

Today, as religious revivals proliferate and secular progress, whether liberal or communist, comes under suspicion, the relationship of religion to politics has become a pressing issue far beyond the boundaries of Poland. As none has done before, Michnik's clear and thoughtful book gives us the means to understand this volatile mix as it has transformed Poland and as it figures in the future we see taking shape.
less

Recommended by Timothy Snyder, and 1 others.

Timothy SnyderMichnik is of a much younger generation than Milosz. Milosz was informed by the interwar years, and then defected to the West in 1951. Michnik was of the golden youth of communist Poland. He grew up in Soviet Poland, and even as a teenager was regarded as the brightest person of his generation. Along with people like [political scientist] Aleksander Smolar and [philosopher] Leszek Kolakowski,... (Source)

Recommended by Timothy Snyder, Anne Applebaum, and 2 others.

Timothy SnyderYes. Milosz tried to explain – as the title suggests – how thinking people could accept communism from inside the communist system. How does one not resist or just endure, but actually place one’s mind in the system? He points to a number of ways in which the mind can adapt. You can accept one larger truth that guides your interpretation of all of the smaller untruths, accept a vision of the... (Source)

Anne ApplebaumThe Captive Mind isn’t a straight memoir. Although Milosz is writing about his own life and his past, he is also grappling with a larger subject: How his generation of liberal intellectuals came to collaborate with, and work alongside, the Communist party. And he is trying to understand his own behaviour: Why did I act that way? (Source) 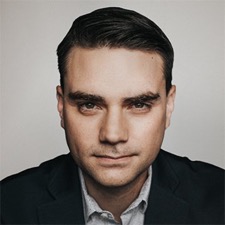 Timothy SnyderThe reason why I am so fond of Homage to Catalonia, and see it as an even more relevant precursor to dissent, is that in it you can see a man of the Left learning to make the distinction that breaks down the Left with a big L into lots of little lefts. He comes to understand what Soviet power actually is, and that it is qualitatively different to the other sorts of Spanish left, or to European... (Source)

Ben ShapiroA lot of people have read Orwell's 1984, he actually wrote a book that's better. It's [this book]. (Source)

Timothy Garton AshAnyone who wants to go off and write about Egypt, Tunisia or Libya today should pack a copy of Homage to Catalonia. It’s brilliant reportage. As you know, it opens with a vignette of an Italian militiaman in the barracks in Barcelona and he only saw this guy for a few moments but it captures the excitement. (Source)

The Power of the Powerless

Recommended by Timothy Snyder, Steve Crawshaw, and 2 others.

Timothy SnyderIn the end I think Havel will be remembered as the outstanding East European dissident writer, and he will be remembered as such above all for this essay. Its central point is that even a communist regime that controls the media and exercises a great deal of power depends ultimately on an almost visible collaboration with society – society meaning individual decisions taken by individuals, which... (Source)

Steve CrawshawThis is absolutely a human rights book, and it contains one of the most magical essays in political philosophy ever written, which pays tribute to the importance of what Havel calls ‘living in truth’. Imagine yourself back in 1978, ten years after Soviet tanks had entered Prague, when it seemed that nothing could change. Havel’s argument in The Power of the Powerless, roughly speaking, was that... (Source)