During the 2016 US Presidential elections, at a time when pundits had Trump at 2% likelihood of winning, Dilbert creator Scott Adams predicted that Donald Trump would win -- primarily because of his persuasive power. According to Adams, what looked to outsiders like blunders were instead examples of a Master Persuader channeling a nation’s energy to help his candidacy.

Win Bigly describes the persuasion strategies Trump used throughout the campaign, how Hillary’s campaign fell short in comparison, and how you can apply these strategies to be more persuasive yourself. Learn the ranking of the most effective persuasion methods, why visual imagery is so powerful, and how to come up with killer slogans. 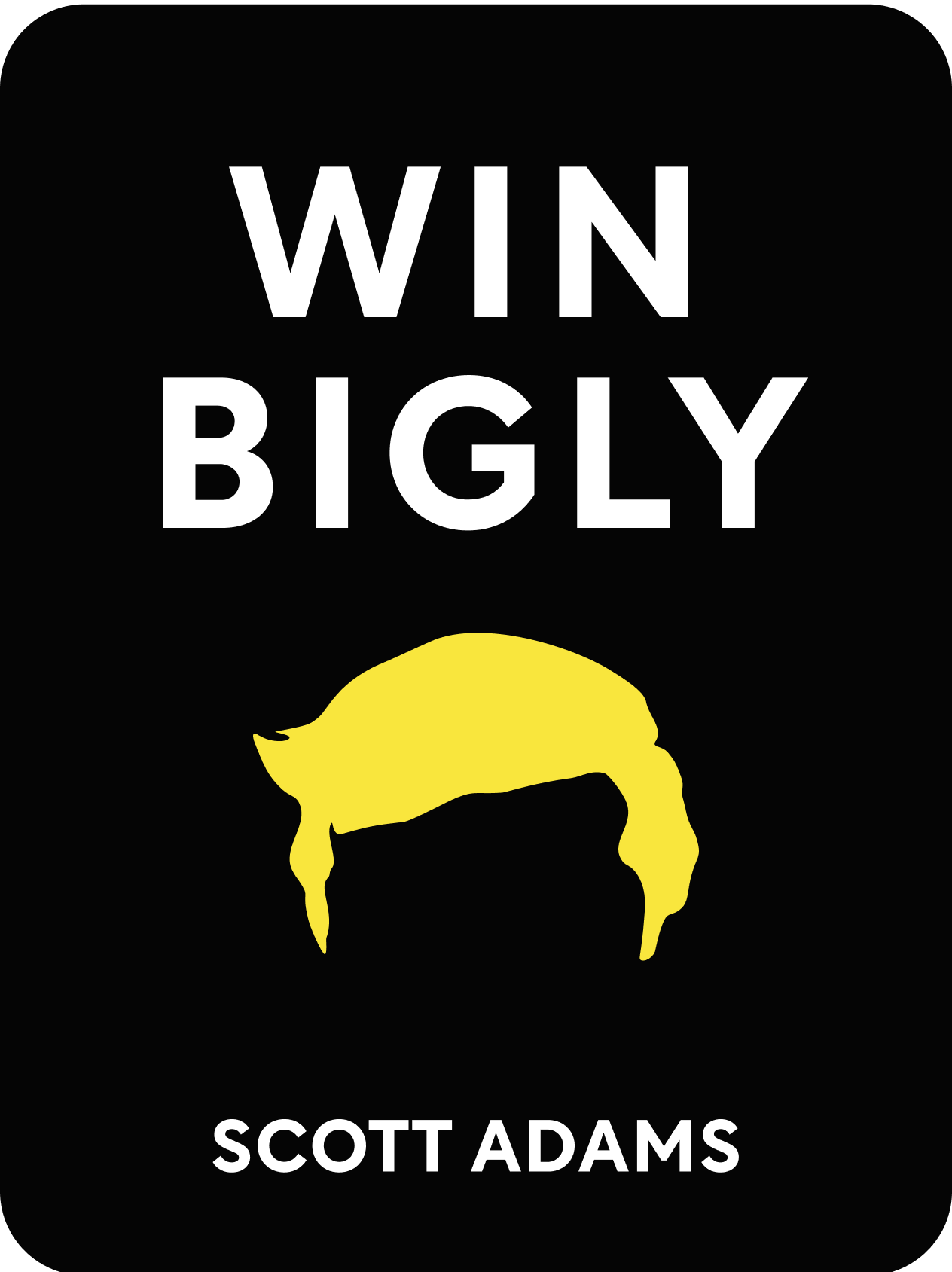 This is a preview of the Shortform book summary of guide to
Win Bigly by Scott Adams.
Read Full SummaryRead Summary + Analysis

People are Irrational and Emotional

You think of yourself as rational, making decisions with facts and logic. Instead, people are governed by emotion and heuristic thinking much more than they think.

Consider instead that humans are 90% irrational and emotion. They make a decision first by gut, then rationalize it afterward.

The only exceptions are when decisions have no emotional content, like buying an identical product for less money.

Think of humans as “moist robots,” a programmable entity that produces the right output when given the right inputs.

Master persuaders often have a persuasion “talent stack,” or a collection of persuasion-related skills that work well together. The more you can combine, the more persuasive you will be.

According to Scott Adams, Trump’s talent stack made him very persuasive even when he wasn’t notably brilliant in any one field. Trump had the combination of (Publicity | Reputation | Strategy | Negotiating | Persuasion | Public speaking | Sense of humor | Quick on his feet | Thick skinned | High-energy | Size and appearance | Intelligence).

This is Scott Adams’s ordering of methods of persuasion, from least to most effective:

Brand yourself as a winner. If people expect you to win, they will be biased toward making it happen.

Confidence works in signaling status and quality. People with status have the freedom to act however they like, including like assholes. People without status need to grovel and be excessively nice to get what they want.

Here's a preview of the rest of Shortform's Win Bigly summary:guide:

Most people think there is one objective reality, and we can understand that reality through facts and reason.

The problem is that we all think we’re the enlightened ones, and people who disagree with us just need better facts or better brains. If there is a single truth, isn’t it odd that everyone sees their personal beliefs as the truth, and that so many people disagree on what the truth is?

People actually make decisions more irrationally than they realize. We are subject to biases and pulled by our emotions. We make decisions first, and rationalize them after the fact. Analogously, asking someone what they want to do and why...

Cognitive biases may exist because they save the brain energy - the thoughts are not perfect but are good enough for survival. It would be exhausting to reinterpret your reality with every new piece of information.

Funnily enough, even when you know exactly what’s going on, it’s still effective.

What it is: you pay attention to information that confirms your prior beliefs, and discard data that contradicts your beliefs.

In politics, all sides suffer from this.

There are broad categories of persuasion methods, ranging from logical reasoning to appeals to emotion.

Scott Adams considers some persuasion methods to be terribly weak and others to be formidably strong. We’ll cover his ranking of methods, starting from strong to weak.

Fears trigger stronger reactions than positive emotions like hope, and is the strongest persuasion method of all.

When have you recently seen an example of persuasion by appealing to fear? Was it effective?

Write short sentences. Avoid putting multiple thoughts in one sentence. Readers are lazier and less thoughtful than you think.

Your first sentence needs to grab the reader and inspire curiosity. Keep rewriting it until it’s good.

For humorous writing, choose your words with specificity. Don’t say “drink” when you can sway “swill.”

These are high-level ideas to persuade. They establish a foundation for persuasion and underlie the specific words and tactics you use.

These are specific tactics to take in different situations. Beyond the persuasion principles and strategies above, these tactics teach how to persuade on a word-by-word basis.

A Linguistic Kill Shot is a nickname or catchphrase targeting your opponent. It can be so persuasive that it quickly ends an argument. They are more effective when novel (uncommon, unexpected) and visual.

The 2016 US Presidential election showed a variety of nicknames, some masterful and others ineffective.

Try to be more persuasive in an upcoming situation.

What is an upcoming situation where you need to be persuasive? This can be at work or in personal life.

These are remaining notes on the 2016 US Presidential election that didn’t fit clearly into the persuasive ideas above.

For some critics, Trump’s lack of specificity on his policies was maddening. But for his supporters, this was fine - he matched their overall priorities, and supporters trusted him to get the details right once elected.

Scott Adams always knew Trump would drift back to the middle once elected, so Adams wasn’t concerned about Trump’s actual policies.

During the election, a wide range of issues were discussed, and Trump endured endless criticism. While this in total might have seemed to sink Trump, in reality the average person can hold only a handful of issues in her mind. Any less important topic fades from memory. All that she would remember is a general impression, that Trump didn’t apologize and his opponents called him a liar, like always.

Trump had a number of scandals during the campaign, and while liberals hoped each one would sink Trump, they rarely had the impact hoped.

Scott Adams reflects on the impact of each scandal.