You're probably getting less sleep than you should be. Many people are more chronically sleep-deprived than they realize, and the punishments for this are severe – reduced productivity and happiness, and increased risk of a panel of diseases. Why We Sleep discusses how sleep happens, its major benefits, and the best ways to get better sleep. 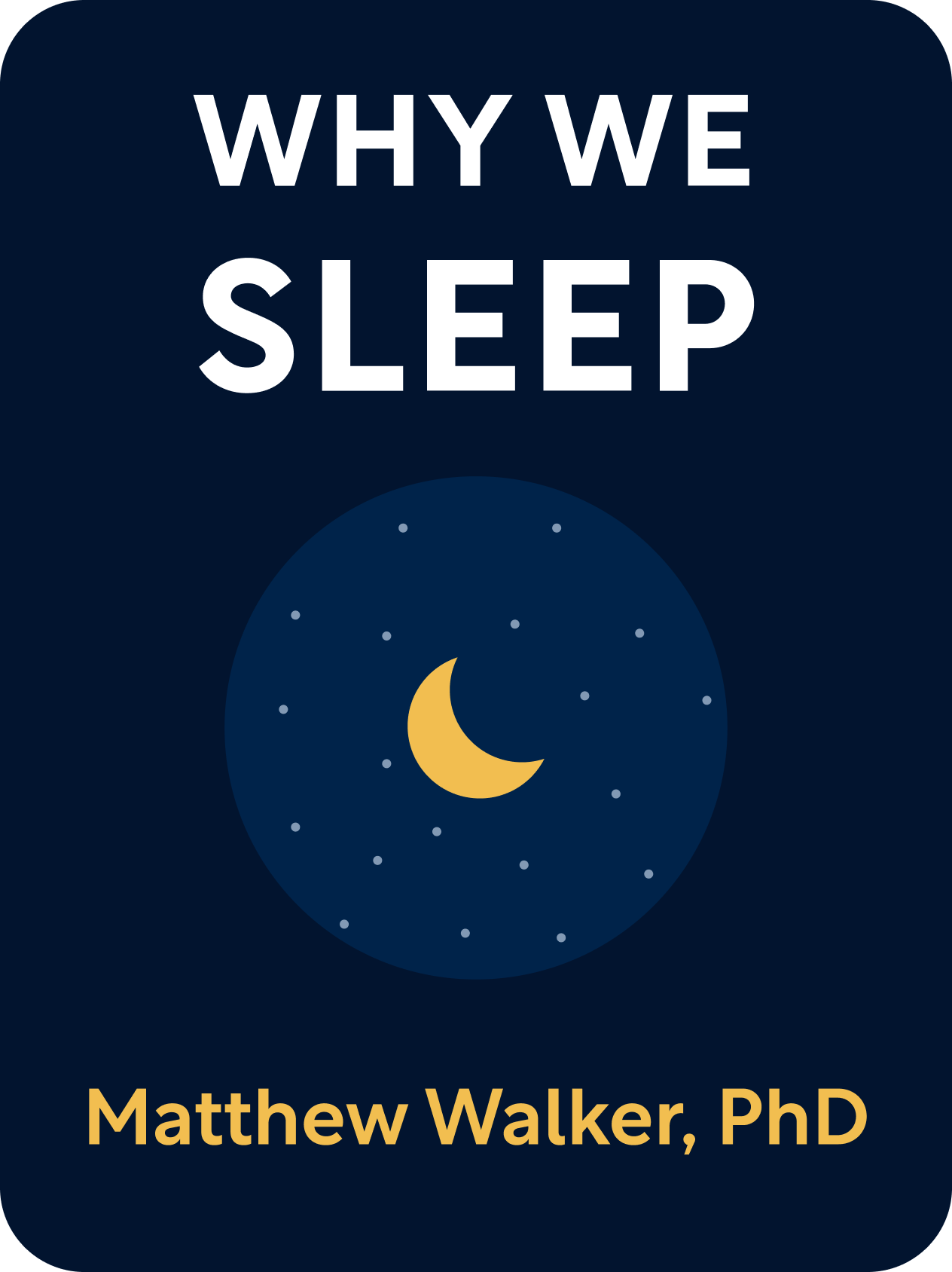 This is a preview of the Shortform book summary ofguide to
Why We Sleep by Matthew Walker.
Read Full SummaryRead Complete Guide

Sleep is universal in animals (even in insects and worms). These deep biological roots suggest a vital function and that it isn’t simply a vestigial byproduct of evolution.

Here's a preview of the rest of Shortform's Why We Sleep summary:guide:

(Chapter 1 is just an introduction, so we’re skipping it.)

Sleep is universal in animals, even in insects and worms, despite its apparent drawbacks (vulnerability to predators, loss of time for productivity). When a biological feature is preserved deep in evolutionary history, it is usually a critical function. This must mean sleep is a critical function, and it’s important to understand why it’s important.

Sleep is regulated by two mechanisms:

These two mechanisms interact as shown in this...

Now you understand how your sleep rhythm gives a regular schedule of sleep from night to night. Next, we’ll look into how, within a single night of sleep, your brain cycles between different types of phases of sleep. This is important to understanding the function of sleep for your brain. 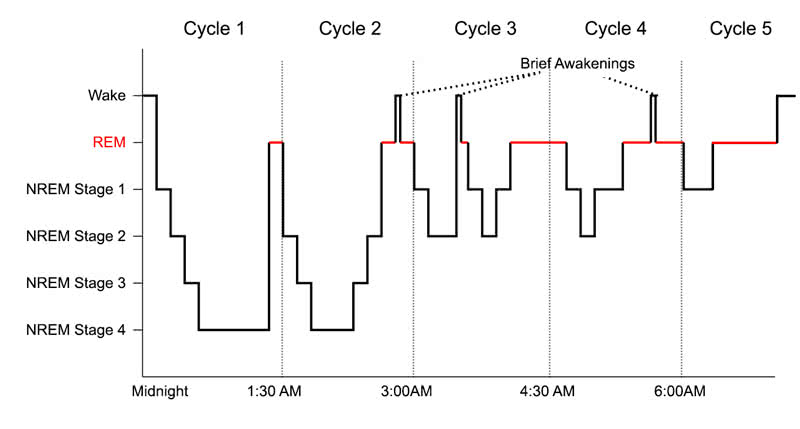 How Sleep Cycles Change Through the...

Sleep is present in all animal species, even invertebrates. And bacteria that survive for longer than 24 hours have circadian-like rhythms. As we’ve said before, this suggests that it’s universally critical for survival.

We ask all the time why we sleep. One researcher posed an interesting inversion of the question - if wakefulness is damaging to the body and sleep recovers it, why did life ever bother to wake up? (Shortform note: of course, you can’t be productive and reproduce when sleeping, so sleeping too much would be evolutionarily disadvantageous.)

The amount of sleep per day varies from 4 hours in elephants to 19 hours in bats. There are no strong correlations between animal characteristics and amount of sleep, though within animals of a similar size, a more complex brain increases sleep.

Why We Sleep Summary Why We Sleep Guide Chapter 5: How Sleep Changes from Childhood to Adulthood

Because REM sleep is involved in emotional recognition and social interaction, disrupting REM sleep in utero might contribute to the autism spectrum.

While good sleep improves memory, sleep deprivation can prevent new memories from being formed. In part, this might be because the hippocampus becomes less functional with less sleep, partially because lack of NREM sleep prevents solidifying of new memories.

While getting great sleep is good for the brain, sleep deprivation is unambiguously harmful to the brain. We’ll show damage in three ways: to attention, to emotion control, and for Alzheimer’s Disease.

Sleep deficits are very bad for attention and concentration. This is especially harmful during high-risk activities, like driving.

Why does sleep cause more accidents? Part of it is delayed reaction time. Another part is a “microsleep,” where your eyelids shut for just a few seconds and you go unconscious and lose motor control. If you’re in...

In addition to the damage it causes to the brain, sleep deprivation disrupts the normal function of many physiological processes, likely contributing to chronic diseases. In this chapter, we’ll cover a bevy of health issues associated with sleep deprivation.

Many of the population studies cited in Why We Sleep are correlational - e.g. people who sleep less are more likely to have heart disease, after controlling for many other factors. But the causation is unclear - some other factors that predispose people to get heart disease (like a high baseline level of stress) could also reduce sleep.

We’ve talked before about how sleep deprivation causes disease. Now we’ll discuss sleep disorders, or primary issues with abnormal sleep, and their consequences.

Sleepwalking is more common in children than adults, for unknown reasons - possibly because kids spend more time in NREM sleep than adults do.

Insomnia is defined as making enough time for sleeping, but having insufficient sleep...

Why We Sleep Summary Why We Sleep Guide Chapter 13: What Stops You From Getting Good Sleep

This was already discussed in chapter 2. The tips, for good measure:

Light is a signal for the suprachiasmatic nucleus to regulate the circadian rhythm (by signaling to the pineal gland to secrete melatonin). In the natural world, when the sun goes down, there’s little light. But nowadays, artificial light bathes our homes and disrupts our circadian rhythm.

In addition to avoiding all the problems from the last chapter (eg caffeine, alarms), here are more tips:

Sleeping pills are typically sedatives that put the body into a state that doesn’t fully...

This is short-sighted. The effects of sleep deprivation are costly to employers:

We’ve seen chronic sleep deprivation caused by a variety of factors, from the individual scaling up to the societal. The book ends with the author’s musings on how to improve sleep quality systemically: