The Things They Carried by Tim O’Brien tells the stories of a small company of American soldiers serving in the Vietnam War. Through the narrative, the book blurs the line between autobiography and fiction, leaving the reader unsure as to what is fact and what is myth. In reading these stories, we explore the harrowing physical and psychological toll of warfare and the dehumanizing and brutalizing effects of combat on human beings. We also see the transformative power that narrative and storytelling have to help us make sense of our experiences and give meaning and clarity to even the most shocking, chaotic, and traumatizing events. 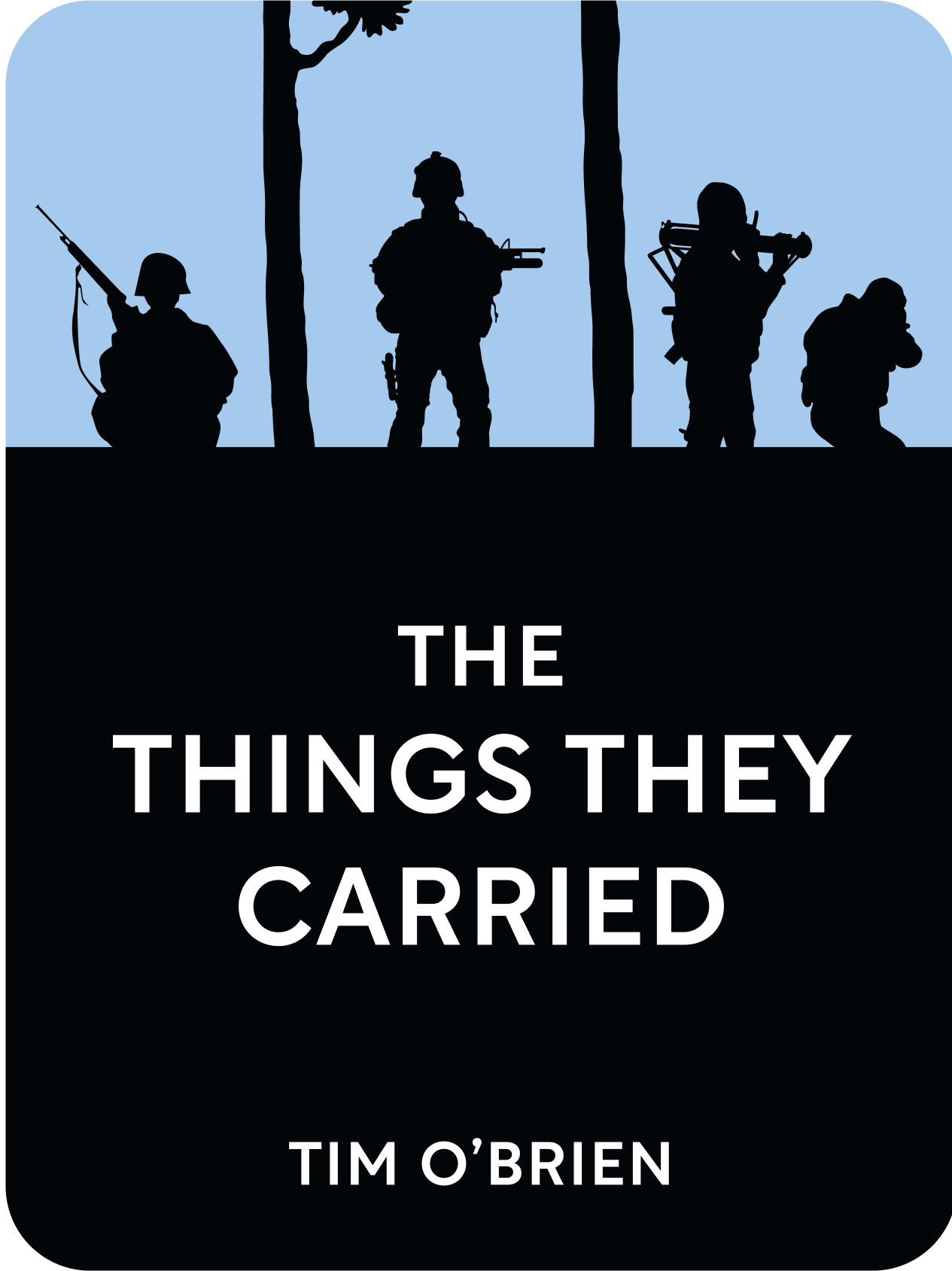 This is a preview of the Shortform book summary of
The Things They Carried by Tim O'Brien.
Read Full Summary

1-Page Summary1-Page Book Summary of The Things They Carried

The Things They Carried is a collection of interconnected short stories about the experiences of a company of young American men serving in the Vietnam War. The book blurs the line between fiction and autobiography. It is told mainly from the first-person perspective of a middle-aged writer named Tim O’Brien, who is looking back on his time during the war. Tim O’Brien, however, is also the name of the actual author of The Things They Carried—it is unclear if the main character (and narrator) of the book is meant to be the same person as the author (who is also a Vietnam veteran).

The blending of fact and fiction is further developed as O’Brien tells us throughout the book that many of the tales we have read are not literally true. Rather, they are stories whose embellishments and fantastical qualities convey to the reader the full scale of the horror and emotional trauma of war. Because they produce what he deems to be the appropriate emotional reaction in the reader—one of shock, revulsion, and even disbelief—O’Brien deems this collection of stories to be truer than actual truth. They bring the experience of Vietnam to life in a way that a straight retelling of the facts never could.

The stories do not form a coherent, linear narrative—we jump back and forth through time and space and between the perspectives of different characters. Sometimes, O’Brien takes us inside the minds of characters other than himself, revealing their deepest thoughts and fears—details that would be impossible to recount, of course, if the book were a simple war autobiography. We see O’Brien’s early experiences with grief and loss as he recounts the death of his childhood girlfriend in the 1950s, his reluctance to go to war when he is drafted, the trauma and chaos he experiences when he is in Vietnam, and his attempts to make peace with his past and achieve closure with the war when he revisits the combat scenes of his youth with his daughter.

But we also see how the other men he serves with process the harrowing experience of war. We see these men engage in shocking acts of cruelty toward Vietnamese soldiers, civilians, each other, and even themselves. We see how the high chance of sudden death makes life a cheap commodity for the soldiers. And we see how the men use the power of storytelling to make sense of the ordeal and burden of war. Telling stories enables them to objectify their experiences, to make them seem more distant, third-party, and remote—and thus, more bearable. But creating a narrative around their experiences also brings the war and the people whom they lost to it back to life. Telling their stories makes them immortal.

The Trauma of War

The men endure harrowing life-and-death experiences fighting in the jungles of Vietnam. There are, of course, the physical threats to one’s safety, as men become sick, lose limbs in combat, and are even...

Want to learn the rest of The Things They Carried in 21 minutes?

Unlock the full book summary of The Things They Carried by signing up for Shortform .

READ FULL SUMMARY OF THE THINGS THEY CARRIED

Here's a preview of the rest of Shortform's The Things They Carried summary:

The Things They Carried Summary Part One: Burdens

First Lieutenant Jimmy Cross, commanding officer in charge of Alpha Company, a unit of the U.S. Army in the Vietnam War, is reminiscing about a girl named Martha whom he knew back home. He is in love with her, but fears that his love is unrequited—although she signs off her letters to him with the customary “Love,” Cross knows that it is perfunctory and without meaning.

To cope with his war burden, he clings to the memory and to the idea of Martha in any way he can, including tasting the envelope flaps of her letters (knowing that her tongue has been there) and keeping a small pebble in his mouth that she sent to him from a beach back home. He also endlessly ponders whether or not she is a virgin. His feelings about Martha are his tether, **his connection to a world...

Think about the tools and methods you use to handle stress in your life.

Have you ever been in a situation that caused high levels of emotional or physical distress? Describe it in a few sentences.

O’Brien looks back at how he came to be in Vietnam, and how he nearly made the choice not to be there. He grew up in a small, conservative town in Minnesota whose citizens were fiercely pro-war. There was immense social pressure to support the war effort and great disdain for the war protestors and pacifists who decried US involvement in Vietnam. It was a mark of cowardice and shame for a young man to avoid the military if he was called upon to serve.

When O’Brien received his draft notice in June 1968, he was a 21-year-old, self-described liberal who was opposed to the war. He believed that there was no justification of self-defense for the United States, no deeper humanitarian principles at stake, and no clear rationale offered by the government for why American boys were being asked to die in the jungles of southeast Asia in the first place. He’d believed that you couldn’t send boys off to war without being able to explain why.

And, besides, he’d never seen himself as a soldier. He had thought he was too smart, too worldly, too questioning of authority to fall in line with the flag-waving, jingoistic masses. He remembered thinking that there was no shortage of...

Think about how your ideals and beliefs have been put to the test.

Have you ever felt pressured to do something against your beliefs because you feared you would lose your reputation if you acted on your convictions? Describe what happened.

The Things They Carried Summary Part Three: The Field

Madness was baked into the Vietnam experience. Rat Kiley, a keeper of these tales (and also a known braggart and exaggerator), shares another one with O’Brien about an American girl who became consumed by the war.

Kiley tells O’Brien that before he joined Alpha Company, he had been assigned to a separate medical unit embedded with a detachment of Green Berets. Kiley says that the Green Berets, or “Greenies,” were a secretive unit that operated largely outside of the normal command-and-control structure of other military personnel in Vietnam, often going out on clandestine, weeks-long excursions into the jungle.

(Shortform note: The Green Berets are the colloquial name for the U.S. Army Special Forces, a special operations force that focuses on specific missions and tactical responses outside the scope of what the broader Army does. They are subjected to more rigorous training and are considered an elite fighting force even within the Army.)

One of the men in Rat’s unit, Mark Fossie, decided to bring his American girlfriend out to Vietnam. He reasoned that the presence of the Greenies made the outpost safe, a sort of oasis within the war. To the...

O’Brien now reveals to us that much of the narrative we have been following is invented. He did not, for example, actually kill the young North Vietnamese soldier with the grenade. But he did witness the young man’s death, and for O’Brien, his presence, his witnessing, has been enough to trigger a lifetime of guilt and trauma.

He reminds us that the narrative that makes up a story is often more true than a literal recounting of the events that actually transpired. He defines this as story-truth vs. happening-truth. He notes that the story-truth (like the biography of the young Vietnamese soldier and how O’Brien lobbed the grenade at him as he passed by) brings the emotions of the war into the present in a way that happening-truth never could. He might as well have killed the young man, because that is how he’s experienced the event for all these years—this is why he chooses to tell the story this way.

At the age of 43, O’Brien returns to Vietnam with his ten-year-old daughter, Kathleen. He wishes to bring his war experience alive for his daughter by bringing her to the country that has defined so much of his life. While in Vietnam,...

Think about the power of storytelling and remembrance.

Is there someone who was important in your life that you lost? Describe this person and what they meant to you.

Shortform Exercise: The Power of Stories

Think about why storytelling is so powerful.

O’Brien talks about the difference between story-truth and happening-truth. In a few sentences, explain what this means to you.