Book SummaryThe Smartest Guys in the Room, by Bethany McLean and Peter Elkind

The failure of Enron in the early 2000’s is one of the largest bankruptcies in US history. Shareholders were wiped out, and tens of thousands of employees left with worthless retirement accounts. This book recounts the rise and fall of Enron, and how the company constructed a massively complex accounting scandal that was doomed to failure.

Enron’s downfall is the predictable mixture of human greed, poorly structured incentives, and lack of sanity checks when everyone has their fingers in the pie. In smaller ways, we too are subject to the same pulls as Enron managers and employees. The warning - if we were put into the same situation, we might not have behaved any differently. 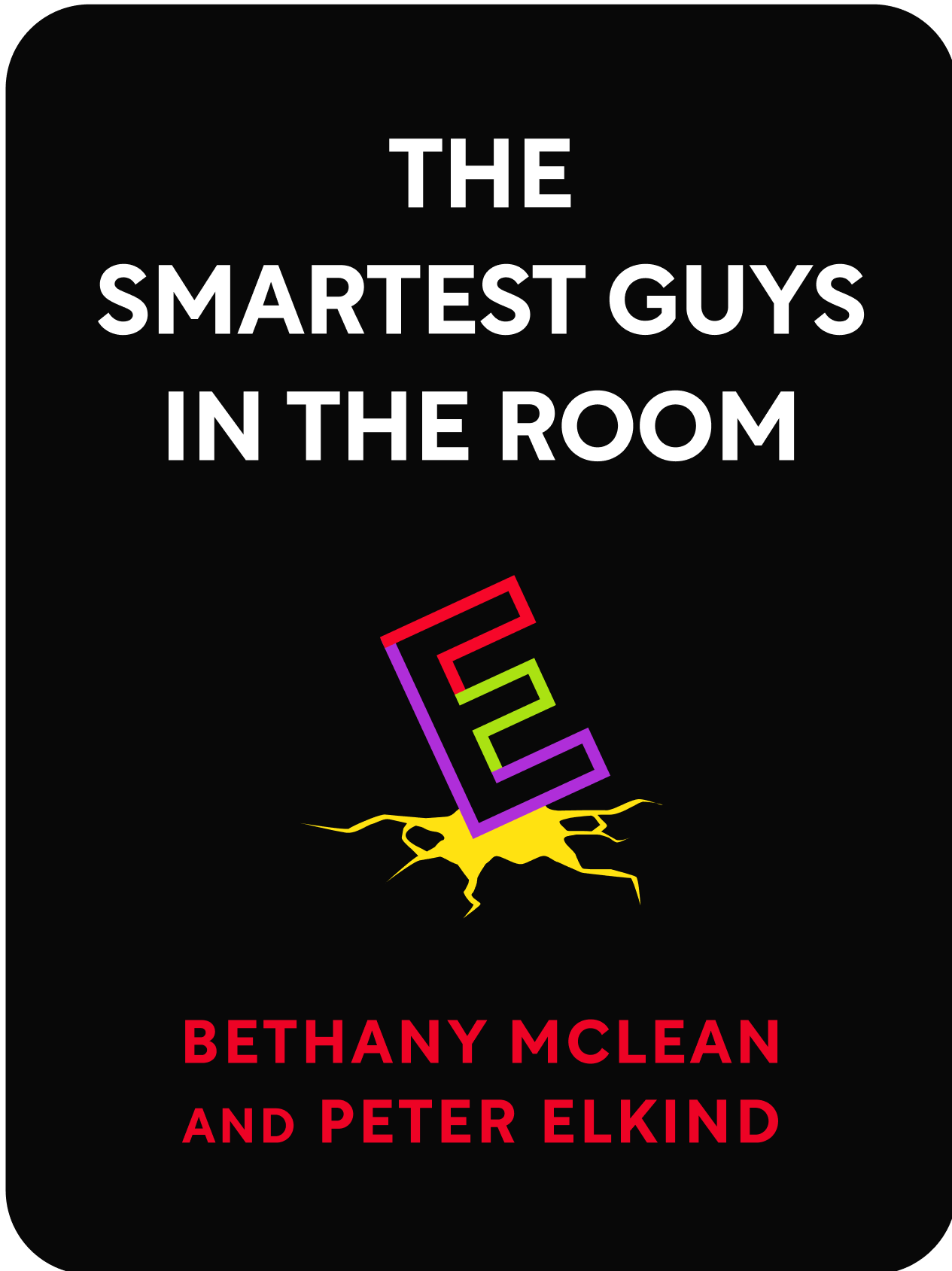 This is a preview of the Shortform book summary of
The Smartest Guys in the Room by Bethany McLean and Peter Elkind.
Read Full Summary

You might be surprised to learn that most of Enron’s accounting tactics were not technically illegal at the time - they were actually publicly celebrated for being financial innovations. Shareholders, employees, investment bankers, and accountants all benefited from the situation and enabled Enron for years. They only stopped when it became untenable.

The most important takeaway from The Smartest Guys in the Room is to understand the key enabling conditions for Enron’s deception. When multiple conditions mutually reinforce each other and create positive feedback loops, a massively outsized result - a lollapalooza - can happen.

Accounting practices that disguised the fundamentals

The root of Enron has to be the accounting tactics that enabled deception. They let Enron book more revenue than they actually earned; keep losses and debt off balance sheets. If these were disallowed, the money-losing state of Enron would have been apparent far sooner.

Lesson: Resist the temptation of clever accounting tricks that mislead on fundamentals, even if they’re technically legal. You may eventually deceive even yourself on the true fundamental strength of the situation.

Lesson: Make sure your compensation structures align with the fundamental goals of the business, and that there are balancing check points

These party lines began with good intentions, but as Enron slipped into a gray zone, they helped justify bad behavior.

Enron saw itself as revitalizing an industry populated by dinosaurs and bringing efficiency through privatization and free markets. With a missionary

Andy Fastow’s department saw itself as a financial wizard, pushing the boundary of possibility while staying within the lines of...

Want to learn the rest of The Smartest Guys in the Room in 21 minutes?

Unlock the full book summary of The Smartest Guys in the Room by signing up for Shortform .

READ FULL SUMMARY OF THE SMARTEST GUYS IN THE ROOM

Here's a preview of the rest of Shortform's The Smartest Guys in the Room summary:

The Smartest Guys in the Room Summary Enron's Beginning and Promise

The Smartest Guys in the Room chronicles the history of Enron, from beginning to end. Putatively, it began with good intentions and a believable vision. Then, as it focused on short-term stock prices, it became corrupted by deceptive accounting, making more egregious bets.

Ken Lay, founder and CEO of Enron, believed in efficient markets. The 1970s energy crisis caused natural gas to become deregulated. Lay saw an opportunity to profit from this deregulation.

Things didn’t immediately work out quite as well as Lay hoped. A glut of gas on the market depressed prices and put Enron’s long-term gas contracts underwater. Management of the combined entity was...

The Smartest Guys in the Room Summary Enron's Bad Practices

The Start of Bad Practices

Trading companies are too volatile to reliably produce increasing earnings. So rather than claiming to be a speculation company, Skilling branded Enron as a logistics company, finding the most cost-effective way to delivery power from any plant to any customer. This provided cover for incomprehensible businesses.

Skilling feared that any appearance of losses would shatter the illusion of Enron being wizard risk managers, so fought hard to hide them.

All the financial machinations around SPEs were meant as temporary measures while Enron bet big on its next two major businesses. Both of them, however, sustained massive losses.

In the few hotspots it could work in, Enron campaigned aggressively to recruit consumer households to sign up, promising lower utility costs. However, the local suppliers...

The Smartest Guys in the Room Summary Cracks Start to Appear

On December 2000, Jeff Skilling was announced to succeed Ken Lay as CEO, taking place in February. This was already planned well in advance - his contract had a trigger - if he weren’t named CEO by end of 2000, he could leave and be paid over $20MM.

In 2000, SPEs called Raptors would buy underperforming Enron assets. If the assets continued to decline in value, the Raptors would pay Enron, thus giving Enron a gain that would offset the loss.

By late 2000, the assets in SPEs declined in value, and Enron needed its stock to continue...

The Smartest Guys in the Room Summary Enron's Final Moments

The clearly illegal smoking guns led to straightforward convictions - Fastow’s misrepresentations about LJM; asset sales that were booked as revenue but in reality had a guarantee to be rebought, which meant it was a loan.

There also was no smoking gun that indicated either Lay or Skilling knew the extent of risk taken and predicted Enron’s demise. On...

How was Enron able to get away with its bad behavior for so long, even when its operations involved thousands of people with partial insight into the problems? Here we take a look at the major conditions that promoted Enron’s deception. These are themes that might recur in future disasters.

(Shortform note: while the original book mostly tells a chronological story, we pulled the themes and patterns from the book to form this chapter.)

People who could have stepped in and intervened didn’t, often because they had a large personal stake in Enron’s success. Further, the more Enron became a success (like in terms of stock price or deal flow), the more beholden the stakeholders were to Enron.

Furthermore, everyone looked to each other for validation. “Surely all these other people can’t be wrong!” Yet no one realized no one else had done their due diligence.

In a culture where earnings are prized above all, earners have the leverage to conduct bad behavior, unpunished. Threaten to quit and you get what you want. This culture promotes caring about self rather than the longevity of the company.

Much is written about the management styles of the senior executives at Enron. They each had idiosyncracies that, when combined, led to a proliferation of problems.

The Smartest Guys in the Room Summary Shortform Exclusive: How to Avoid an Enron

Here we invert the question - how do you avoid building an Enron? Make sure you avoid the bad practices of Enron with this checklist.