Modern technology has us addicted to its use. While you might be aware that you’re addicted to your phone or favorite apps, you might not know exactly how you got addicted. It just happened without your noticing it.

Hooked provides a useful framework on how tech products build lasting habits in their users. Understanding this is useful for product designers and users alike. The core of the Hooked model is the 4-step feedback loop: Trigger, Action, Reward, and Investment. 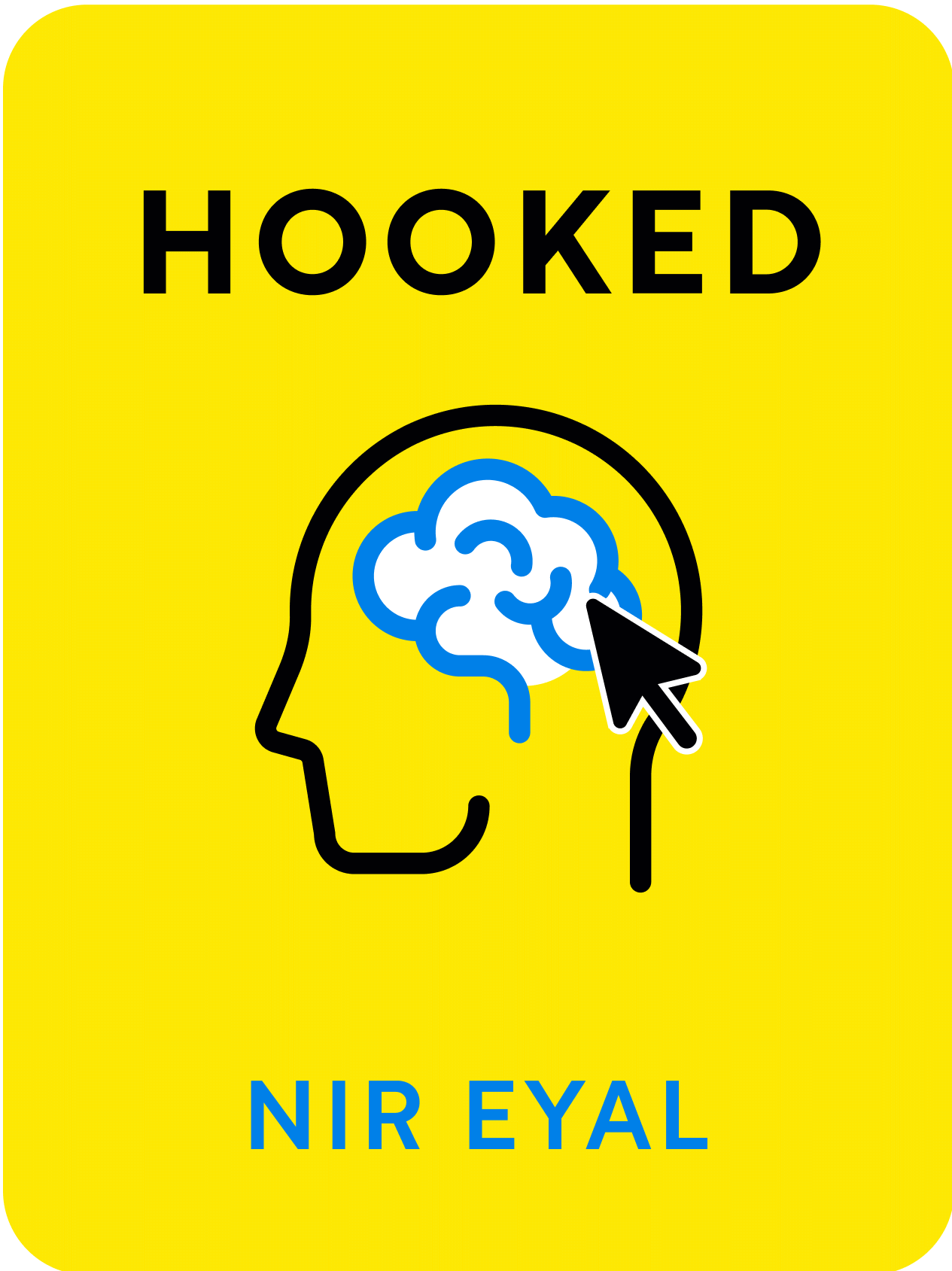 This is a preview of the Shortform book summary of
Hooked by Nir Eyal and Ryan Hoover.
Read Full Summary

Habits are a shortcut for your brain - you execute automatic behaviors without having to think hard about it. Habits develop when the behavior has solved the problem continuously in the past.

Habit-forming products use a 4-step loop to hook you:

Each successive loop makes the next loop more likely to occur, causing a flywheel effect. To explain each in more detail:

Over time, as a product becomes associated with a thought, emotion, or preexisting routine, users return based on internal triggers. Emotions - especially negative ones like boredom, loneliness, confusion, lack of purpose, and indecisiveness - are powerful internal triggers. These triggers may be short and minor, possibly even subconscious.

To build a habit, you need to solve a user’s pain so that the user associates your product with relief.

Want to learn the rest of Hooked in 21 minutes?

Unlock the full book summary of Hooked by signing up for Shortform .

Here's a preview of the rest of Shortform's Hooked summary:

Modern technology has us addicted to its use. Cognitive psychologists define habits as “automatic behaviors triggered by situational cues,” and app/tech product usage clearly qualifies in many cases.

Companies that are better at building usage habits are at a clear economic advantage. When hooked, users return to a product without expensive marketing - they return on their own volition, spurred by internal triggers rather than external prompting. People who feel lonely automatically open Facebook. Employees who want to procrastinate automatically open their email. Better access, data, and speed are making things more addictive.

The Hooked model of habit formation consists of 4 steps that form a sequence in a...

Habits are a way for the brain to conserve resources by executing automatic behaviors without thinking hard about it. Habits are established when the action has continuously solved the problem in the past.

When you get ready for bed, you execute a specific sequence of actions that you don’t have to think very hard about. Likewise, when you feel bored, you may execute a habit of turning on your phone and swiping up to refresh your feed, since this was an effective way of combating boredom in the past.

Habits are valuable for companies because:

Think about the habit that you want your users to build.

What problems do you solve for your user?

The next 4 chapters cover each step of the Hooked model for habit-forming products.

The chain reaction that starts a habit always begins with a trigger. Habits form like pearls in oysters. It starts as a tiny irritant, like a piece of sand, triggering continuous layering of coats to produce a pearl (a fully formed habit).

Types of external triggers include:

Over time, as a product becomes associated with a thought, emotion, or...

Think about your user’s pain points to create the best product.

Write 3 internal triggers that could remind your user to take action with your product. Write them this way: “every time the user [internal trigger], she [first action].”

After the trigger, the user needs to perform the desired action.

Consider how you behave when you hear your phone vibrate. The trigger is there, but you might not have the motivation (it’s the end of the day and you want to shut the world out). Or if the phone is buried at the bottom of your bag, you have insufficient ability to get the phone. And if the phone is muted, you have no trigger to activate the behavior.

Motivation is the “energy for action.” All humans are motivated to:

Reduce the frictions for your user to take action.

Walk through how your user goes from trigger to action to reward. How many steps does the user need to take? How could you get rid of any steps?

To build a habit, your product must actually solve the user’s problem so that the user depends on your product as a reliable solution. The benefit the user receives is the reward.

Importantly, variable rewards are more effective than fixed rewards. Fixed rewards don’t change at all, delivering the same reward at unchanging intervals. Variable rewards are more like slot machines, delivering unknown amounts at an unknown frequency. Unpredictable reward sizes and novelty spike [restricted term] levels, which in turn strengthen the development of the habit. Imagine a slot machine that merely paid you $0.99 every time you wagered $1.00 - how fun would that be?

The idea of variable rewards was famously studied by Skinner, who experimented with animals pressing a lever to receive food. In the variable...

Consider how to deepen the rewards that your users get.

What reward does your product give that alleviates the user’s pain?

Investment is the last step of the 4-step model: allowing the user to invest in the product to improve future experiences.

The more effort we put into something, the more we value it, and the more likely we are to return.

Get your users to invest in your product by taking action.

What investment does the user do to add value to a future experience?

With great power comes great responsibility. You’ve now learned how to build products that change people’s behaviors, be persuasive, and manipulate people into doing things they might not naturally do.

This can sound evil. Yet many successful products ranging in morality manipulate people’s behavior. Why is Weight Watchers any better than slot machines? How do we distinguish good habit forming from bad?

Hooked provides the useful Manipulation Matrix, which can help you examine whether you should be attempting to hook your users. Depending on whether you believe your product improves the user’s life and whether you use the product yourself , you fit into these profiles:

Someone who makes something that improves a user's life, and does...

Having understood the model of building habits, we can now dive into a single business.

The Bible App is the leading Bible app that allows users to study the Bible, providing daily snippets and reading plans as well as the full Bible text. Founded by a pastor and owned by a church group, the Bible App is squarely in the Facilitator category.

With over 200 million downloads, it received a natural advantage by being early to the new App store in 2008, but it also methodically uses Hooked principles to become a habit-forming product.

Now that you have ideas, you need to test them with real users. The author proposes the Habit Testing process, similar to “build, measure, learn” from Lean Startup.