In this summary, you’ll discover how your thoughts create your circumstances and your health, why it’s essential to have a purpose in life, and how to take control of your mind and your life. 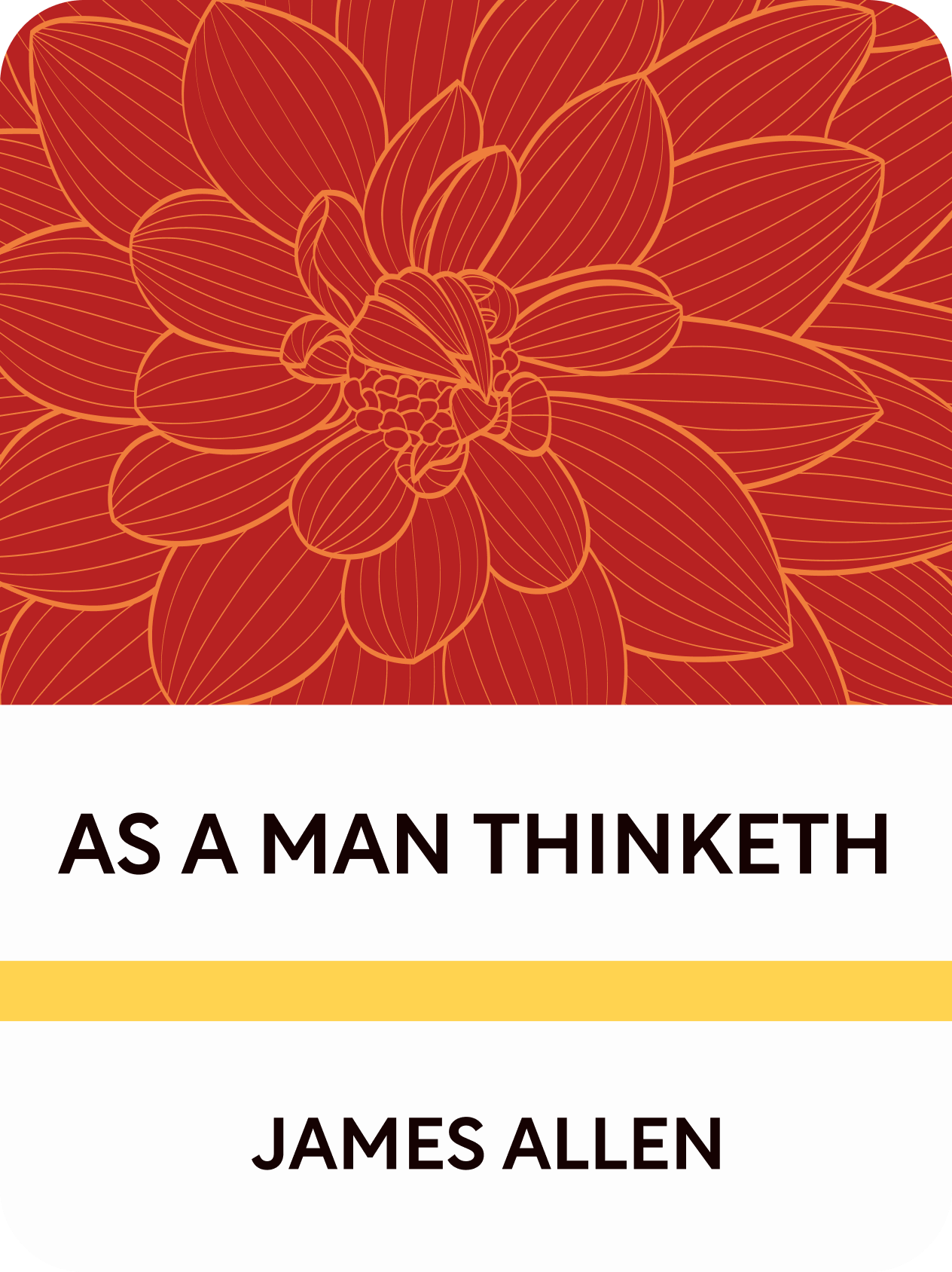 This is a preview of the Shortform book summary of guide to
As A Man Thinketh by James Allen.
Read Full SummaryRead Summary + Analysis

In this 1902 self-help classic, James Allen explores the power of thought. Great thinkers throughout history have echoed this philosophy, which says that your thoughts influence your actions and shape your destiny. Throughout the short book, Allen discusses the various ways that thoughts manifest in reality and how to direct your thoughts in order to create the life you want.

Your Thoughts Shape Your Inner and Outer Worlds

In addition to your mind and your circumstances, your thought patterns also dictate your health and, over time, they determine how your body ages. If you maintain a pessimistic attitude, the wrinkles in your face will form into a permanent scowl and your internal health will reflect a lifetime of hardship and poor mental and spiritual sustenance. By contrast, positive thoughts and goodwill toward others will help you to maintain strong physical health and a smooth aging process. **A happy outlook encourages you to maintain healthy habits, which reinforces your physical and mental...

Here's a preview of the rest of Shortform's As A Man Thinketh summary:guide:

In this 1902 self-help classic, British philosophical writer James Allen explores the power of thought. Great thinkers throughout history have echoed this philosophy, which says that your thoughts influence your actions and shape your destiny. Throughout the short book, Allen discusses the various ways that thoughts manifest in reality, and how to direct your thoughts in order to create the life you want.

(Shortform note: The title of the book was inspired by the Bible verse, “For as he thinketh in his heart, so is he'' (Prov. 23: 7). The passage advises followers to be wary of the underlying thoughts, desires, and motivations of others, but Allen is using the verse to suggest readers examine their own inner thoughts.)

Allen became a published writer in the final decade of his life. In that time, he wrote 19 books and began publishing a spiritual magazine called The Light of Reason; after his death, his wife Lily continued to run the magazine, which was later renamed The Epoch. Allen was at the forefront of the self-help movement. His wife said that his writings reflected ideas that he had personally lived and strongly believed.

Shortform Exercise: What Have You Learned From Your Hardships?

Reflect on the lessons you can take away from the challenges you face.

Describe one hardship that you’ve recently dealt with or are currently facing.

Shortform Exercise: Has Negative Thinking Made You Sick?

Reflect on how your thoughts have impacted your physical health.

Describe a recent instance when you were physically sick.

People often struggle to change their circumstances, and all the while they never stop to address the root of the issue: their thoughts. When you understand the power of thought, you can become the master of yourself and your life. And, once you create momentum as you move your thoughts and your life in a particular direction—whether positive or negative—the world will help you along. For example, if you harbor negativity and spew hate, you’ll get bitterness and hostility from those around you. But, if you release your negative thoughts and become more emotionally open to the world, people will become more receptive to you, creating a virtuous cycle.

Reflect on your past experiences, and trace them back to the thoughts that led to those realities. Seeing how your thoughts have impacted your life in the past will help motivate you to change your thoughts going forward. In order to alter your thought pattern, commit to deep introspection as well as a constant, deliberate effort to be purposeful with your thoughts. Eventually, positive thinking will become habitual.

(Shortform note: To explore this idea further, [read our summary of Think and Grow...

Shortform Exercise: What Are Your Thoughts Creating?

Reflect on how your thoughts are shaping your life.

Describe one challenge you’re currently facing in your life.

Shortform Exercise: What Will Your Dreams Create?

Even the grandest realities start as dreams.

Describe a recent accomplishment that you’re proud of.