What children’s book does Sara believe everybody should read? What little-known Australian authors does Sara think should be shared with the rest of the world?

Sara is a member of the writing team at Shortform. She’s originally from Australia but now resides in Medellín, Colombia.

Our Interview With Sara

Sara uses books as a way to understand other cultures when she travels. Here’s what Sara had to say about her relationship with books.

My very favorite books combine a devilish sense of humor, intellectual brilliance, and a humane approach to their subject matter. For example, Behave by Robert Sapolsky is an extraordinary survey of the science of human behavior—it covers violence, empathy, epigenetics, and why sitting in a room with smelly garbage makes you more socially conservative. Aztec by Gary Jennings recounts the Spanish colonization of Mexico from the point of view of an old Aztec man. It’s full of fascinating information about indigenous Mexican cultures and sly asides about the Spanish. And Small Gods by Terry Pratchett pokes fun at religion in Pratchett’s trademark humane and hilarious way.

Women Who Run With the Wolves by Clarissa Pinkola Estés is another of my favorites, but for different reasons. It’s a beautifully written interweaving of Jungian analysis and traditional stories from around the world. I rely on it to jostle me a bit when my life feels stuck.

I have a young baby at home so I don’t get to read much these days! At the top of my to-read pile is The Song of Achilles by Madeline Miller, which a few other Shortform writers have recommended to me. Someday I’ll get past the first page…

If you could have a dinner party with any three authors—dead or alive—who would they be?

My favorite genres are fantasy and historical fiction, and I also love to read anything that immerses me in a culture I don’t know much about. These types of books help me think about life in different ways—it’s my way of making sure I don’t get too stuck inside my own cultural frame.

Books about leadership sometimes make my eyes cross, because so many of them just seem to rehash different versions of the same common-sense ideas. Horror also isn’t high on my list—I’ve never found it much fun to be scared.

I’ve traveled quite a bit, and one of my favorite things to do is arrive in a new place, buy a book by a local author, and read the book while getting to know the new place. Some of the books I’ve done this with are Maximum City by Suketu Mehta in Bombay, Celestial Bodies by Jokha Alharthi on a trip through Oman, and Pablo Neruda’s poems in Santiago de Chile.

I could never get into Gabriel García Márquez in English. But now that I’m based in Colombia, I’m planning to try some of his books out in Spanish and see if I can connect with them better that way.

What books do you think everyone should read in their lifetime?

Man’s Search for Meaning by Viktor Frankl and The Sneetches by Dr. Seuss. Both of those are quick but compelling reads about the tragedy of the human condition and what we can do about it.

Who are your favorite authors?

Robin Hobb—pen name for Megan Lindholm—is an extraordinary fantasy writer. There’s such strength, delicacy, and psychological insight in her writing. I discovered her Liveship Traders trilogy first and then started on the books about FitzChivalry Farseer—there are now three trilogies’ worth of them—nine doorstoppers in total, but worth every page.

I’m also in awe of Chimamanda Ngozi Adichie, who has a unique and memorable way of using language, and Rebecca Solnit, who writes with a great deal of clarity about complex social issues.

When I was little, I managed to bargain my parents up to five bedtime stories before I would go to sleep. The one I remember best was from the T.G. and Moonie series by Fay Maschler. I requested it so much that my dad had the whole thing memorized—and I think he still does! I still remember the sound of his slow, singsong voice reading the start: “T.G. and Moonie Atkins were two cats who liked each other immensely. They hardly, if ever, got on one another’s nerves….”

Do you have any guilty pleasure books?

Philippa Gregory’s historical fiction. For example, The Other Boleyn Girl retells European history from the point of view of prominent women. She’s been criticized for being “flexible” in terms of historical accuracy, but I don’t know much about the period so that doesn’t bother me!

Have any books you’ve read caused you to make any life changes or to change or develop any habits?

The Language of Emotions by Karla McLaren helped me to understand, value, and start to work with difficult emotions. McLaren suggests that difficult emotions such as anger, fear, sadness, and shame have important functions. For example, anger helps us protect things that are important to us, while fear helps us pay attention and take action. She offers specific questions to help you get to the root of the emotion and act on it with integrity. Let’s say you feel angry. Instead of repressing or misdirecting the anger, you should ask yourself: “What do I value? What must be protected and restored?” If you’re feeling shame, instead of sitting around and feeling bad, you ask: “Who has been hurt? What must be made right?”

I can’t choose between these two by Terry Pratchett:

“There’s always a story. It’s all stories, really. The sun coming up every day is a story. Everything’s got a story in it. Change the story, change the world.” (A Hat Full of Sky)

“‘I meant,’ said Ipslore bitterly, ‘what is there in this world that truly makes living worthwhile?’ Death thought about it. CATS, he said eventually. CATS ARE NICE.” (Sourcery)

I’m currently the only Australian at Shortform, so it would be remiss of me not to talk about some Australian writers here. I’m not sure how well-known these books are in other parts of the world, but I highly recommend Burial Rites by Hannah Kent, Year of Wonders by Geraldine Brooks, and Jessica by Bryce Courtenay.

What are your favorite books in the Shortform library?

As a student and teacher of karate, I really enjoyed reading our guide to The Book of Five Rings, which is about the strategies of Samurai warriors. That guide does a great job of contextualizing, extending, and enriching the content of the original book. I also learned a lot about how racial prejudice works from our guide to Biased by Jennifer Eberhardt. 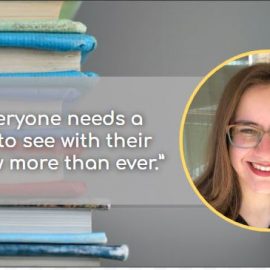 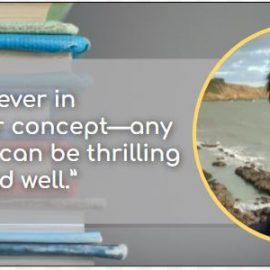 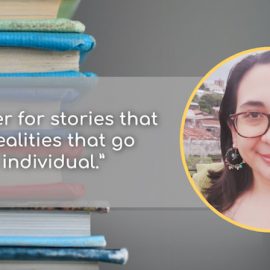 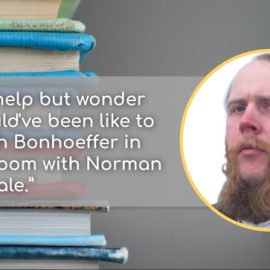 Shortform Reads: The Good, the Bad, and the Obscure 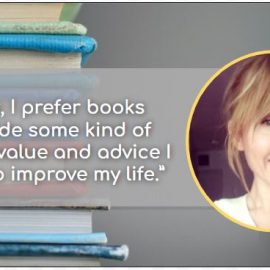 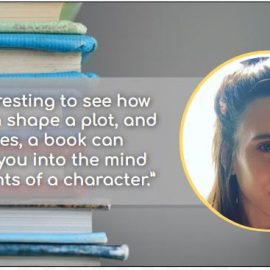 Shortform Reads: For the Love of Culture