A non–traditional biography, this book combines social and political history with a sharp critical evaluation of Kazan's work. Schickel presents Kazan as a figure of his culture and time, much in the same way that David Remnick treated Muhammed Ali and the larger picture of American history in King of the World. History's view of Kazan is now colored by a single political act –– his naming names in testimony before the House Un–American Activities Committee. By putting the actions, work, and words of this towering figure in context, Schickel not only defends his hero and his hero's work; he also helps the reader move beyond Kazan's most infamous moment to appreciate the larger American story in which he played such a pivotal role. The result is an intelligent and lively biography and social history. less

Woody AllenThis is the best show business book that I’ve read. It’s brilliantly written, and it’s about a brilliant director who was very meaningful to me when I was growing up and becoming a filmmaker. (Source)

Woody AllenThe funniest human being in my lifetime, in any medium — whether it is stand-up, television, theatre, prose or movies — is S J Perelman. There is nobody funnier than S J Perelman. (Source)

Woody AllenThe story, while probably just a lot of junk, was compelling for me because it was about many musicians whose work I knew and admired, and the in-and-outs of jazz joints that I knew about. (Source)

The Catcher in the Rye

J.D. Salinger's classic novel of teenage angst and rebellion was first published in 1951. The novel was included on Time's 2005 list of the 100 best English-language novels written since 1923. It was named by Modern Library and its readers as one of the 100 best English-language novels of the 20th century. It has been frequently challenged in the court for its liberal use of profanity and portrayal of sexuality and in the 1950's and 60's it was the novel that every teenage boy wants to read. less 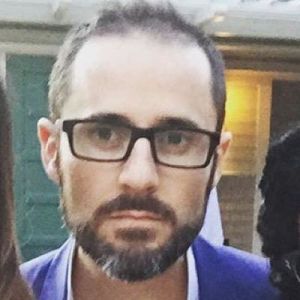 Recommended by Bill Gates, Woody Allen, Ev Williams, and 10 others.

Bill GatesOne of my favorite books ever. (Source)

Woody AllenIt was such a relief from the other books I was reading at the time, which all had a quality of homework to them. (Source)

Chigozie ObiomaHe sees everybody as phony because they take life too seriously. (Source)