Henri Matisse is one of the masters of twentieth-century art and a household word to millions of people who find joy and meaning in his light-filled, colorful images--yet, despite all the books devoted to his work, the man himself has remained a mystery. Now, in the hands of the superb biographer Hilary Spurling, the unknown Matisse becomes visible at last.

Matisse was born into a family of shopkeepers in 1869, in a gloomy textile town in the north of France. His environment was brightened only by the sumptuous fabrics produced by the local weavers--magnificent brocades and silks... more
Henri Matisse is one of the masters of twentieth-century art and a household word to millions of people who find joy and meaning in his light-filled, colorful images--yet, despite all the books devoted to his work, the man himself has remained a mystery. Now, in the hands of the superb biographer Hilary Spurling, the unknown Matisse becomes visible at last.

Matisse was born into a family of shopkeepers in 1869, in a gloomy textile town in the north of France. His environment was brightened only by the sumptuous fabrics produced by the local weavers--magnificent brocades and silks that offered Matisse his first vision of light and color, and which later became a familiar motif in his paintings. He did not find his artistic vocation until after leaving school, when he struggled for years with his father, who wanted him to take over the family seed-store. Escaping to Paris, where he was scorned by the French art establishment, Matisse lived for fifteen years in great poverty--an ordeal he shared with other young artists and with Camille Joblaud, the mother of his daughter, Marguerite.

But Matisse never gave up. Painting by painting, he struggled toward the revelation that beckoned to him, learning about color, light, and form from such mentors as Signac, Pissarro, and the Australian painter John Peter Russell, who ruled his own art colony on an island off the coast of Brittany. In 1898, after a dramatic parting from Joblaud, Matisse met and married Amélie Parayre, who became his staunchest ally. She and their two sons, Jean and Pierre, formed with Marguerite his indispensable intimate circle.

From the first day of his wedding trip to Ajaccio in Corsica, Matisse realized that he had found his spiritual home: the south, with its heat, color, and clear light. For years he worked unceasingly toward the style by which we know him now. But in 1902, just as he was on the point of achieving his goals as a painter, he suddenly left Paris with his family for the hometown he detested, and returned to the somber, muted palette he had so recently discarded.

Why did this happen? Art historians have called this regression Matisse's "dark period," but none have ever guessed the reason for it. What Hilary Spurling has uncovered is nothing less than the involvement of Matisse's in-laws, the Parayres, in a monumental scandal which threatened to topple the banking system and government of France. The authorities, reeling from the divisive Dreyfus case, smoothed over the so-called Humbert Affair, and did it so well that the story of this twenty-year scam--and the humiliation and ruin its climax brought down on the unsuspecting Matisse and his family--have been erased from memory until now.

It took many months for Matisse to come to terms with this disgrace, and nearly as long to return to the bold course he had been pursuing before the interruption. What lay ahead were the summers in St-Tropez and Collioure; the outpouring of "Fauve" paintings; Matisse's experiments with sculpture; and the beginnings of acceptance by dealers and collectors, which, by 1908, put his life on a more secure footing.

Hilary Spurling's discovery of the Humbert Affair and its effects on Matisse's health and work is an extraordinary revelation, but it is only one aspect of her achievement. She enters into Matisse's struggle for expression and his tenacious progress from his northern origins to the life-giving light of the Mediterranean with rare sensitivity. She brings to her task an astonishing breadth of knowledge about his family, about fin-de-siècle Paris, the conventional Salon painters who shut their doors on him, his artistic comrades, his early patrons, and his incipient rivalry with Picasso.

In Hilary Spurling, Matisse has found a biographer with a detective's ability to unearth crucial facts, the narrative power of a novelist, and profound empathy for her subject.


From the Hardcover edition. less

Ruth HarrisI think this is an extraordinary biography – the story of a late bloomer whose career only really takes off when he’s 35. It interests me as a professional historian because it puts its finger on the cross-currents of culture in this period. As I mentioned earlier, on the one hand we see in France the continued preoccupation with the old regime, which was so evident in the massive acclaim for a... (Source)

Ruth HarrisI’m going to confess right away that this is a novel written by my husband. The reason I chose it is that I know it so well and that he would be the first to say that much of it was taken from ideas that I have been thinking about for the last 25 years, and which he had rendered in fictional form. (Source)

"J'Accuse" and Other Writings

The book opens with the complete text of "J'Accuse," Zola's public letter to the French authorities. It also includes impassioned "open letters" to leading French newspapers, interviews with Zola at his home, intimate letters to his wife and friends written during his year-long exile in England (a direct result of three trials and a prison sentence for his part in the defense of Dreyfus), and his final articles, written when Dreyfus was close to being pardoned. Zola's texts constitute a unique and outstandingly eloquent primary source that is essential for a complete understanding of the Dreyfus affair. They shed brilliant new light on the official mind of France and were crucial in reversing public opinion, securing a retrial, and ensuring Dreyfus's rehabilitation. The significance of Zola's cause—and his scathing and passionate prose—resonate from his time to ours. less

Ruth HarrisJ’Accuse is an open letter he wrote in 1898 in the newspaper L’Aurore and is an extraordinary polemic. He deployed all his literary talent in its writing (Source) 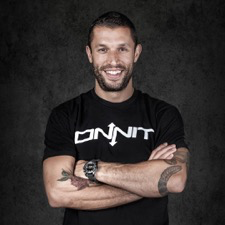 Recommended by Ruth Harris, Aubrey Marcus, Jenny Davidson, and 3 others.

Ruth HarrisIt is set in the 17th century. Cyrano de Bergerac is the play’s hero, a cadet – a nobleman serving as a solider in the French army – and he’s deformed, with a nose so enormous that people come from far and wide to view his “protuberance”. He falls madly in love with his cousin Roxane, who is witty and leaned, but because of what he believes to be his outward ugliness he cannot proclaim his love... (Source)

Jenny DavidsonThe love story that is told in Cyrano, with its bittersweet, heartbreaking ending, is one of the most powerful I’ve ever encountered. (Source)

The Guns of August 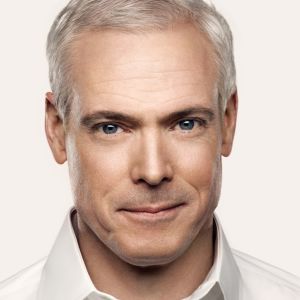 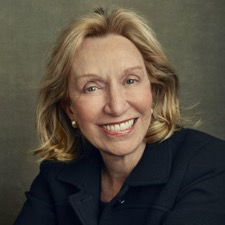 Doris Kearns GoodwinSo beautifully written. But more importantly, for me, she was writing about battles and military stuff and things that you don’t imagine that sometimes a woman might be so adept at. (Source)

Ruth HarrisThis is a very strange book for me to choose. For many people, it is the ultimate old-fashioned diplomatic history. But it enthuses me for several reasons. First of all, it’s an extraordinary narrative. It reads magnificently and is a breathtaking horizon of events and people. Secondly, like me, she is obsessed with people. In the first chapter we have the funeral of Edward VII in 1910, which is... (Source)

Matt CalkinsThe best way to understand how the world resolves its conflicts and its tensions is by looking at how a conflict that has been studied thoroughly, like World War I, unfolded and resolved. Business is like this too. If anyone were to ever get to the heart of Coke vs. Pepsi, they would see a parade of mistakes in the same way World War I looks in retrospect—so many ways you could have done better. (Source)