In this wide-ranging volume, Jonathan Israel offers a novel interpretation of the Radical Enlightenment down to La Mettie and Diderot, two of its key exponents. Particular emphasis is placed on the pivotal role of Spinoza and the widespread underground international philosophical movement known before 1750 as Spinozism. less

Recommended by Kenan Malik, and 1 others.

Recommended by Kenan Malik, and 1 others.

Kenan MalikIt’s almost impossible to get hold of this in English, but there is an edited extract in the anthology Classical Arab Stories. Few in the West will have heard of Abul Ala al-Ma’arri. Indeed, few in the Muslim world will know of him. Yet he is immensely important in the development of freethinking. Al-Ma’arri was one of the greatest poets in the Arab tradition and renowned for his unflinching... (Source)

Kenan MalikUnlike earlier Greek philosophers, such as Diagoras and Democritus, Plato believed in the divine, and much of his philosophy flowed from his concept of a transcendental reality. He provided the resources for the later Christian view of goodness as a transcendental quality. But in his dialogue Euthyphro he also provides the classic argument against looking to God as the source of moral values, an... (Source)

Carlos FraenkelReading Plato can be a Socratic exercise because you’re reading a text that is part of the canon of philosophy but it advances views that are opposed to everything you believe in. (Source)

M M McCabeThe philosophical content creeps up on you when you think all this is merely a rhetorical flourish: it’s completely extraordinary. (Source)

The Myth of Sisyphus and Other Essays 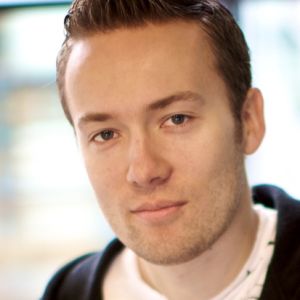 Recommended by David Heinemeier Hansson, Kenan Malik, and 2 others.

David Heinemeier HanssonCamus’ philosophical exposition of absurdity, suicide in the face of meaninglessness, and other cherry topics that continue on from his fictional work in novels like The Stranger. It’s surprisingly readable, unlike many other mid 20th century philosophers, yet no less deep or pointy. It’s a great follow-up, as an original text, to that book The Age of Absurdity, I recommended last year. Still... (Source)

Kenan MalikThe Myth of Sisyphus is a small work, but Camus’s meditation on faith and fate has personally been hugely important in developing my ideas. Writing in the embers of World War II, Camus confronts in The Myth of Sisyphus both the tragedy of recent history and what he sees as the absurdity of the human condition. There is, he observes, a chasm between the human need for meaning and what he calls... (Source)

This award-winning translation by Richard Pevear and Larissa Volokhonsky remains true to the verbal
inventiveness of Dostoevsky’s prose, preserving the multiple voices, the humor, and the surprising modernity of the original. It is an achievement worthy of Dostoevsky’s last and greatest novel. less

Recommended by Randall Stephenson, Kenan Malik, Rachel Kushner, and 6 others.

Kenan MalikDostoevsky was a devout Christian and The Brothers Karamazov, his last and possibly greatest novel, was a heartfelt plea for the necessity of faith. The phrase If God does not exist, everything is permitted is often attributed to Dostoevsky. He actually never wrote that, but the sentiment certainly runs through much of his work, and most especially through The Brothers Karamazov. (Source)

Rachel KushnerThis book taught me something I knew on a much deeper level but did not have the language or the reasoning to state: that innocence is something very durable and interior, and also evanescent. (Source)