Understanding the Enemy, Containing the Threat

How can the most powerful country in the world feel so threatened by an enemy infinitely weaker than we are? How can loving parents and otherwise responsible citizens join terrorist movements? How can anyone possibly believe that the cause of Islam can be advanced by murdering passengers on a bus or an airplane? In this important new book, groundbreaking scholar Louise Richardson answers these questions and more, providing an indispensable guide to the greatest challenge of our age.

After defining–once and for all–what terrorism is, Richardson explores its origins, its goals,... more
How can the most powerful country in the world feel so threatened by an enemy infinitely weaker than we are? How can loving parents and otherwise responsible citizens join terrorist movements? How can anyone possibly believe that the cause of Islam can be advanced by murdering passengers on a bus or an airplane? In this important new book, groundbreaking scholar Louise Richardson answers these questions and more, providing an indispensable guide to the greatest challenge of our age.

After defining–once and for all–what terrorism is, Richardson explores its origins, its goals, what’s to come, and what is to be done about it. Having grown up in rural Ireland and watched her friends join the Irish Republican Army, Richardson knows from firsthand experience how terrorism can both unite and destroy a community. As a professor at Harvard, she has devoted her career to explaining terrorist movements throughout history and around the globe. From the biblical Zealots to the medieval Islamic Assassins to the anarchists who infiltrated the cities of Europe and North America at the turn of the last century, terrorists have struck at enemies far more powerful than themselves with targeted acts of violence. Yet Richardson understands that terrorists are neither insane nor immoral. Rather, they are rational political actors who often deploy carefully calibrated tactics in a measured and reasoned way. What is more, they invariably go to great lengths to justify their actions to themselves, their followers, and, often, the world.

Richardson shows that the nature of terrorism did not change after the attacks of September 11, 2001; what changed was our response. She argues that the Bush administration’s “global war on terror” was doomed to fail because of an ignorance of history, a refusal to learn from the experience of other governments, and a fundamental misconception about how and why terrorists act. As an alternative, Richardson offers a feasible strategy for containing the terrorist threat and cutting off its grassroots support.

The most comprehensive and intellectually rigorous account of terrorism yet, What Terrorists Want is a daring intellectual tour de force that allows us, at last, to reckon fully with this major threat to today’s global order. less

Recommended by Jessica Stern, and 1 others.

Jessica SternWhat I love about this book is that first of all she makes clear that you can’t fight a war on terrorism any more than you can fight a war on dynamite – that terrorism is a technique. (Source)

War Is a Force That Gives Us Meaning

Recommended by Jessica Stern, and 1 others.

Jessica SternThis is one of my favourite books for explaining the emotional aspects of why people are drawn to violence. It looks at the addictive quality of war and terrorism. I have seen that, when they begin their careers, terrorists often believe that they are making the world a better place. But over time violence can become addictive, as Hedges makes clear. One mujahid even said to me, “I am as addicted... (Source)

A Human Being Died That Night

A South African Woman Confronts the Legacy of Apartheid

Recommended by Colleen Murphy, Jessica Stern, and 2 others.

Colleen MurphyGobodo-Madikizela gives invaluable insight into the psychology of perpetrators, the psychological impacts on victims of horrific atrocities, and how we think about possibilities for moving forward as a community post-atrocity. (Source)

Jessica SternThis is a complicated and moving book about the nature of good and evil. Pumla is a South African psychologist who spent a lot of time in prison interviewing people like Eugene de Kock, the commanding officer of state-sanctioned apartheid death squads. He is currently serving 212 years in jail for crimes against humanity. He directed ‘the blood, the bodies and the killing’ against apartheid’s... (Source)

Recommended by Jason Burke, Iain Sinclair, Jessica Stern, and 3 others.

Jason BurkeBasically, anything you want to know about how terrorism works you can find in this book. It is not necessarily about who is behind terrorism because in this book it is a shadowy foreign state that wants an agent provocateur in London to explode Greenwich Observatory to make a point. (Source)

Iain SinclairThere are lots of reasons I’m very fond of Conrad as a writer. I like visions of London that come translated or diffused or refracted through other cultures. In that way, I suppose, I like this book in the same way I like my first choice, the Céline. Coming here out of his Polish background, Conrad picked up on the elements you were talking about in terms of Dickens — the city as a labyrinth of... (Source)

Jessica SternYes, I thought I was being clever and unique and didn’t realise so many other people had made the connection. The book is based on an incident that actually did occur when an anarchist tried to blow up the Royal Observatory. In the novel, a group of hapless anarchists are trying to incite a rebellion. Their main concern is that British society is too liberal and they want to demonstrate that this... (Source)

Thoughts on the Nature of Mass Movements 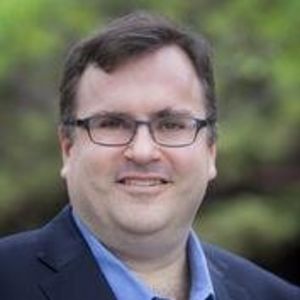 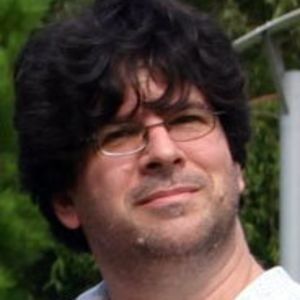 Recommended by Reid Hoffman, Eric Weinstein, George Raveling, and 4 others.

George RavelingThis, to me, is one of the true classics of all time. (Source)

Jessica SternThis is a brilliant book. Hoffer points out that zealots can be attracted to zealotry itself. Leaders of revolutionary movements go after people who are so dissatisfied with the status quo, and with themselves, that they are willing to put everything at risk, to create a new, better, purer world. The trick is to provide them with an identity as part of something bigger than themselves. One of the... (Source)