Final Cut Dreams and Disasters In The

Marina HydeHeaven’s Gate was not just a flop, it collapsed United Artists – the studio that was founded by DW Griffiths, Mary Pickford, and Douglas Fairbanks, and it’s ridiculous that one man and one movie could do that. For its faults, the studio system wouldn’t have let that happen. Steven Bach, the author of this book, was the head of production at United Artists and he writes just beautifully: you can’t... (Source)

The Genius of the System

Hollywood Filmmaking in the Studio Era

Recommended by Marina Hyde, Jane Root, and 2 others.

Marina HydeIt’s about how gradually the stars became more savvy: they started saying I want to do this or that kind of movie, because people don’t like to be told they’re one sort of star. But people didn’t want to see Bogart going insane for example: he’s a cynic, and also a romantic, and you want to see that Warners’ style. That’s something Schatz deals with ­– that all the major studios developed a very... (Source)

Jane RootThis is an amazing book. It’s an academic book, but it reads like a novel. It was a very important book for me when I was studying film and television. Film theory was dominated for many years by the idea of the auteur, the single visionary director who managed, in the hell of the industrial system that was Hollywood’s studio system, to nonetheless produce amazing individual work. Thomas Schatz’s... (Source)

The Love of the Last Tycoon

Marina HydeIt’s about a studio executive called Monroe Stahr. Stahr is based on Irving Thalberg, who was the right-hand man to Louis B Meyer at MGM and brought Fitzgerald out to write for him. Fitzgerald never really did make anything much at the movies, but he wrote this wonderful book which is his last and, though it’s sadly unfinished, I think would have been maybe his best. Fitzgerald went out to... (Source)

An Empire of Their Own

How the Jews Invented Hollywood

Marina HydeI’ll start with An Empire of Their Own, because it’s just so difficult for us to understand what Hollywood was like then, particularly for these guys who were either first generation, or immigrant German, or East European Jews, who’d come largely from running things like nickelodeon outfits on the East Coast, and ended up creating this extraordinary confection out in California. Bearing in mind... (Source)

This is the question Schulberg has asked himself, and the answer is the first novel written with the indignation that only a young writer with talent and ideals could concentrate... more
What Makes Sammy Run?

This is the question Schulberg has asked himself, and the answer is the first novel written with the indignation that only a young writer with talent and ideals could concentrate into a manuscript. It is the story of Sammy Glick, the man with a positive genius for being a heel, who runs through New York’s East Side, through newspaper ranks and finally through Hollywood, leaving in his wake the wrecked careers of his associates; for this is his tragedy and his chief characteristic—his congenital incapacity for friendship.

An older and more experienced novelist might have tempered his story and, in so doing, destroyed one of its outstanding qualities. Compromise would mar the portrait of Sammy Glick. Schulberg has etched it in pure vitriol, and dissected his victim with a precision that is almost frightening.

When a fragment of this book appeared as a short story in a national magazine, Schulberg was surprised at the number of letters he received from people convinced they knew Sammy Glick’s real name. But speculation as to his real identity would be utterly fruitless, for Sammy is a composite picture of a loud and spectacular minority bitterly resented by the many decent and sincere artists who are trying honestly to realize the measureless potentialities of motion pictures. To this group belongs Schulberg himself, who has not only worked as a screen writer since his graduation from Dartmouth College in 1936, but has spent his life, literally, in the heart of the motion-picture colony. In the course of finding out what makes Sammy run (an operation in which the reader is spared none of the grue-some details) Schulberg has poured out everything he has felt about that place. The result is a book which the publishers not only believe to be the most honest ever written about Hollywood, but a penetrating study of one kind of twentieth-century success that is peculiar to no single race of people or walk of life. less 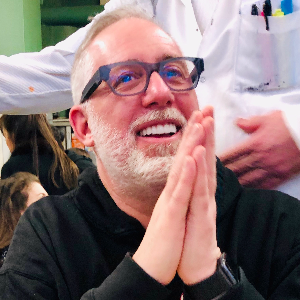 Recommended by Ryan Holiday, Brian Koppelman, Marina Hyde, and 3 others.

Ryan HolidayBudd Schulberg’s (who wrote the screenplay for On the Waterfront) whole trilogy is amazing and each captures a different historical era. His first, What Makes Sammy Run? is Ari Gold before Ari Gold existed–purportedly based on Samuel Goldwyn (of MGM) and Darryl Zanuck. His next book, The Harder They Fall is about boxing and loosely based on the Primo Carnera scandal. All you need to know about... (Source)

Brian KoppelmanA legendary book about how somebody makes their way in Hollywood. (Source)

Marina HydeIt’s a novel by Budd Schulberg about a copyboy who’s worked his way up from absolutely nothing to become an incredibly grasping self-motivated amoral movie producer. I think it was really based on Jerry Wald who was a Warners executive and then an independent who made lots of fantastic movies. Louis Meyer of MGM was appalled, and told Schulberg’s parents – Schulberg was the son of a movie exec –... (Source)