The Invisible Revolution in the Third World

Recommended by David Frum, and 1 others.

David FrumThe Other Path is not a book on the Peruvian economy: it’s a book on Third World economies. I should mention that I haven’t met Simon and I haven’t met Friedman but I know most of the people on this list personally and Hernando de Soto is probably the one I know best and admire hugely. In this book, he does an experiment. His team’s mission was to start a small textile factory with a dozen... (Source)

Recommended by David Frum, and 1 others.


Friedman and Schwartz marshaled massive historical data and sharp analytics to support the claim that monetary policy--steady control of the money supply--matters profoundly in the management of the nation's economy, especially in navigating serious economic fluctuations. In their influential chapter 7, The Great Contraction--which Princeton published in 1965 as a separate paperback--they address the central economic event of the century, the Depression. According to Hugh Rockoff, writing in January 1965: If Great Depressions could be prevented through timely actions by the monetary authority (or by a monetary rule), as Friedman and Schwartz had contended, then the case for market economies was measurably stronger.


Milton Friedman won the Nobel Prize in Economics in 1976 for work related to A Monetary History as well as to his other Princeton University Press book, A Theory of the Consumption Function (1957). less

Recommended by David Frum, Robert Barro, Christina Romer, and 3 others.

David FrumThere was an accepted understanding of why it was that the economy went into this searing experience for a generation of Americans and what it was that got the US out again. (Source)

Robert BarroIt’s clear that a lot of the policies that were put into place were negative, but as to sorting out how important they were, that’s much more challenging. (Source)

Christina RomerIf you buy only one economics book, it should be this. The book is important for our understanding of the Great Depression, but its impact goes far beyond that. Friedman and Schwartz show us that monetary events and monetary policy have affected real output throughout American history. (Source)

The State of Humanity

The State of Humanity is a magnificent and eye-opening synthesis of cultural, social, economic and environmental perspectives. It will interest all those - including geographers, economists, sociologists and policy makers - concerned to understand some of the most pressing problems of our time. less

Recommended by David Frum, Mark Pellegrino, and 2 others.

David FrumSimon’s point is that there is nothing less natural than a natural resource. All of these things are developed by an investment of knowledge, effort and labour. People do that according to whether it pays. The natural way to think about natural resources is that there is so much copper in the ground and then, after you’ve dug it all up, you don’t have any more. And what he argued is no, the... (Source)

A Short History of New India 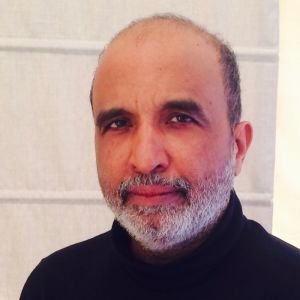 Recommended by David Frum, Sanjay Jha, and 2 others.

David FrumSuch a great book, all who care about modern India should read it https://t.co/zOGZyJILVN (Source)

Sanjay JhaWhile on a serene sabbatical read ⁦@kapskom⁩’a brilliant book on contemporary Indian politics; it spares no political party, while confesses that India could be perilously close to becoming a authoritarian state. The book is cathartic, given craven media cheerleading. https://t.co/I2a93no4lT (Source)

It Was a Long Time Ago, and it Never Happened Anyway

Russia and the Communist Past

Russia today is haunted by deeds that have not been examined and words that have been left unsaid. A serious attempt to understand the meaning of the Communist experience has not been undertaken, and millions of victims of Soviet Communism are all but forgotten. In this book David Satter, a former Moscow correspondent and longtime writer on Russia and the Soviet Union, presents a striking new interpretation of Russia's great... more
A veteran writer on Russia and the Soviet Union explains why Russia refuses to draw from the lessons of its past and what this portends for the future

Russia today is haunted by deeds that have not been examined and words that have been left unsaid. A serious attempt to understand the meaning of the Communist experience has not been undertaken, and millions of victims of Soviet Communism are all but forgotten. In this book David Satter, a former Moscow correspondent and longtime writer on Russia and the Soviet Union, presents a striking new interpretation of Russia's great historical tragedy, locating its source in Russia's failure fully to appreciate the value of the individual in comparison with the objectives of the state.

Satter explores the moral and spiritual crisis of Russian society. He shows how it is possible for a government to deny the inherent value of its citizens and for the population to agree, and why so many Russians actually mourn the passing of the Soviet regime that denied them fundamental rights. Through a wide-ranging consideration of attitudes toward the living and the dead, the past and the present, the state and the individual, Satter arrives at a distinctive and important new way of understanding the Russian experience. less

Recommended by David Frum, Edward Lucas, and 2 others.

David FrumGreat book by @DavidSatter on the politics of Russian memory, with perfect title: "It was a long time ago, and it never happened anyway." https://t.co/rDYR27nWHx (Source)

Edward LucasI think David Satter has really captured the role of the past in the present in Russia. He’s a very experienced correspondent from the Soviet era who has maintained his interest in post-Soviet Russia. He’s a really energetic, gumption reporter – he just goes to places that foreign correspondents don’t often go to in the provinces and follows up stories he first reported in the 1970s. Also, he’s... (Source) 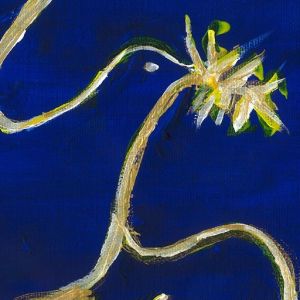 Recommended by Jonathan Gruber, Augustine 25, David Frum, and 3 others.

Jonathan GruberCharles Murray took the economic concept of moral hazard – the concept that if you reward people for bad behaviour then they behave badly – and turned it into prose. Reading the book moved me a notch to the right. It posed a challenge to liberals – to get more rigorous in our analysis. It showed the simple facts didn’t look so good for us and that we needed to address questions like, “Is welfare... (Source)

David FrumBy 1984, conservatives had won a lot of important arguments about public policy. But there are real problems in the mid 80s for Americans that conservatives don’t have the answers to and one of them is the urban crisis that started in the 50s and 60s and was only getting worse. Welfare dependency was getting worse; there was a new problem of homelessness that was very shocking to people living in... (Source)