The Open Society and its Enemies

An immediate sensation when it was first published in two volumes in 1945, Popper's monumental achievement has attained legendary status on both the Left and Right and is credited with inspiring anticommunist dissidents during the Cold War. Arguing that the spirit of free, critical inquiry that governs scientific investigation should also apply to politics, Popper traces the roots of an opposite, authoritarian tendency to a tradition represented by Plato, Marx, and Hegel. less

Recommended by Ayaan Hirsi Ali, Kurt Barling, and 2 others.

Ayaan Hirsi AliOne of the biggest lessons for me from this book is that so many bad ideas that lead to authoritarian consequences begin with good intentions. (Source)

Kurt BarlingThis book helped me to think in a different way, gave me a strategy of looking for an alternative narrative in society. (Source)

Recommended by Ayaan Hirsi Ali, and 1 others.

Ayaan Hirsi AliYes. That is the good thing about it. I always get these accusations, ‘Oh, but you are just from Somalia’, your case is not representative. There are many memoirs, but again, if you tell me to reduce it to just one, I pick his. I read a review of this book and it made me buy it instantly. What I liked about it is that it is by a man. It is the story of a man who grew up as the son of a prominent... (Source)

The Book of Hadith

Sayings of the Prophet Muhammad from the Mishkat Al Masabih

Recommended by Ayaan Hirsi Ali, and 1 others.

The Constitution of Liberty

"One of the great political works of our time, . . . the twentieth-century successor to John Stuart Mill's essay, 'On Liberty.'"—Henry Hazlitt, Newsweek

"A reflective, often biting, commentary on the nature of our society and its dominant thought by one who is passionately opposed to the coercion of human beings by the arbitrary will of others, who puts liberty above welfare and is sanguine that greater welfare will thereby ensue."—Sidney Hook, New York Times Book Review

In this classic work Hayek restates the ideals of freedom that he believes have guided,... more
"One of the great political works of our time, . . . the twentieth-century successor to John Stuart Mill's essay, 'On Liberty.'"—Henry Hazlitt, Newsweek

"A reflective, often biting, commentary on the nature of our society and its dominant thought by one who is passionately opposed to the coercion of human beings by the arbitrary will of others, who puts liberty above welfare and is sanguine that greater welfare will thereby ensue."—Sidney Hook, New York Times Book Review

In this classic work Hayek restates the ideals of freedom that he believes have guided, and must continue to guide, the growth of Western civilization. Hayek's book, first published in 1960, urges us to clarify our beliefs in today's struggle of political ideologies. less

Recommended by Ayaan Hirsi Ali, Brink Lindsey, and 2 others.

Ayaan Hirsi AliThe meaning of freedom, Hayek says, is negative. It’s not about what government or others should do, it is about freedom from coercion. (Source)

Brink LindseyHayek’s case for a free society is one that resonates very well with the conservative imagination and easily lapses into a conservative sensibility. (Source)

The Clash of Civilizations and the Remaking of World Order

"Sam Huntington, one of the West's most eminent political scientists, presents a challenging framework for understanding the realities of global politics in the next century. The Clash of Civilizations and the Remaking of World Order is one of the most important books to have emerged since the end of the Cold War." --HENRY A. KISSINGER

Based on the author's seminal article in Foreign Affairs, Samuel P. Huntington's The Clash of Civilizations and the Remaking of World Order is a provocative and prescient analysis of the state of world politics after the fall of communism. In this incisive work, the renowned political scientist explains how "civilizations" have replaced nations and ideologies as the driving force in global politics today and offers a brilliant analysis of the current climate and future possibilities of our world's volatile political culture.

"An intellectual tour de force: bold, imaginative, and provocative. A seminal work that will revolutionize our understanding of international affairs." --ZBIGNIEW BRZEZINSKI

"The book is studded with insights, flashes of rare brilliance, great learning, and in particular, an ability to see the familiar in a new and provocative way." --MICHAEL ELLIOTT, THE WASHINGTON POST BOOK WORLD

"A benchmark for informed speculation on those always fascinating questions: Just where are we in history? What hidden hand is controlling our destiny?...A searching reflection on our global state." --RICHARD BERNSTEIN, THE NEW YORK TIMES

"This is what is so stunning about The Clash of Civilizations: It is not just about the future, but may actually help to shape it." --WANG GUNGWU, THE NATIONAL INTEREST less

Recommended by Ayaan Hirsi Ali, Bogdan Savonea, and 2 others.

Ayaan Hirsi AliThis is a very important book on the post-1989 context, and what the new world order would look like after the fall of the Soviet Union. It was written almost 20 years ago now, and it seems as if Huntington’s hypothesis is getting more and more credit than Francis Fukuyama’s (The End of History) about what the world will look like. (Source)

Bogdan SavoneaKissinger's "Diplomacy", Huntington's "Clash of Civilizations" and Machiavelli's "The Prince". They pretty much shaped the first part of my life, defined my University choice and career path up until my late 20s. (Source) 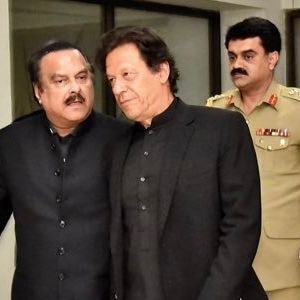 Ayaan Hirsi AliThe Koran is supposed to be the words of God and the Hadith are the sayings and deeds of the prophet. The Koran has the basic commands; the Hadith or the Sunna, is a sort of manual. It is supposed to be a guideline of how to understand the Koran, because people say that it’s not explicit enough. The Hadith is a compilation of six volumes and they are called the Sahith Sitta – Sitta just means six... (Source)

Naeem Ul HaqueThe judiciary must not forget that far far above our constitution is the ultimate book of principles and that is the wholly Quran. Every judge in the country must keep a copy of Quran with translation on his/ her desk so that the judge can realise that the Law of God is Supreme. (Source)

Ahmad ThomsonWhen I accepted Islam I’d done it on the basis of meeting Shaykh Abdalqadir and the people around him, and I realised that I knew nothing about it really. So obviously one of the first things was to learn the basics – and I thought I’d better read the Qur’an because that’s the book of the Muslims! At the time I had the Arberry translation which is accurate, and which in some measure conveys the... (Source)