Recommended by Adam Hart-Davis, and 1 others.

Adam Hart-DavisI love this book about earthworms because it just shows what a lovely naturalist he was. (Source)

Recommended by Adam Hart-Davis, and 1 others.

Adam Hart-DavisThis book was really interesting for me because it was the first popular science book I had come across. I think it showed a lot of people science could be written for the layman. (Source)

Micrographia - The Complete facsimile of the first printing of 1665

Recommended by Paul Falkowski, Adam Hart-Davis, and 2 others.

Paul FalkowskiThis book is an oldie but goldie. It was the first scientific bestseller, as near as I can tell. There’s a quote from Samuel Pepys — who was an original fellow of the Royal Society — that he stayed up until two ‘o’ clock in the morning reading Hooke’s book. Incredibly, the book is still in print. There are, I believe, 54 illustrations in it. It was the first book that really showed the public... (Source)

Adam Hart-DavisRobert Hooke was a really interesting bloke. He was almost the first person to use a microscope as a scientific instrument and he looked at things like fleas and drew wonderful pictures of them. (Source)

A Brief History of Time

Recommended by Richard Branson, Dan Hooper, Adam Hart-Davis, and 5 others.

Richard BransonToday is World Book Day, a wonderful opportunity to address this #ChallengeRichard sent in by Mike Gonzalez of New Jersey: Make a list of your top 65 books to read in a lifetime. (Source)

Dan HooperEverybody knows Hawking’s greatest contributions: understanding that black holes radiate light and other particles, that they contain entropy and all these things that no one imagined before him. Hawking and Roger Penrose also worked out the Big Bang singularity, the very moment of creation. To hear him describe some of these things with his own word choices, his own phrasing—not to mention his... (Source)

Adam Hart-DavisWhen Stephen Hawking wrote A Brief History of Time..his publisher told him that every equation he left in would halve the number of readers (Source) 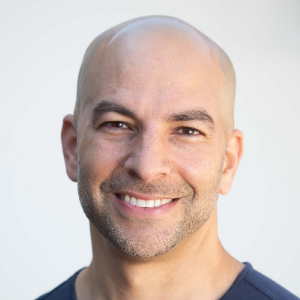 Recommended by Peter Attia, Matt Ridley, Matt Calkins, and 4 others.

Peter AttiaOne of the books that considers to be an important read for people interested in his career path. (Source)

Matt RidleyAn astonishing literary achievement, and it was about the greatest scientific discovery of the 20th century. (Source)

Matt CalkinsIt gives you an insider’s look at how innovation happens, the struggles in it and the rivalry in the race to get to the heart of molecular structures. It felt like a business story but it’s really about science and innovation. (Source)