In The God Delusion, University of Oxford biologist and anti-religion activist Richard Dawkins seeks to demystify religion and discredit faith. He explores the unlikelihood of God’s existence; how evolution by natural selection explains the centrality of religion to the human experience; and how religion promotes immoral values, impoverishes the human mind, and provides justification for intolerance and persecution. He argues that ultimately, we as humans must free ourselves from our self-imposed shackles by destroying faith and religion and positively embracing the full potential of our species. 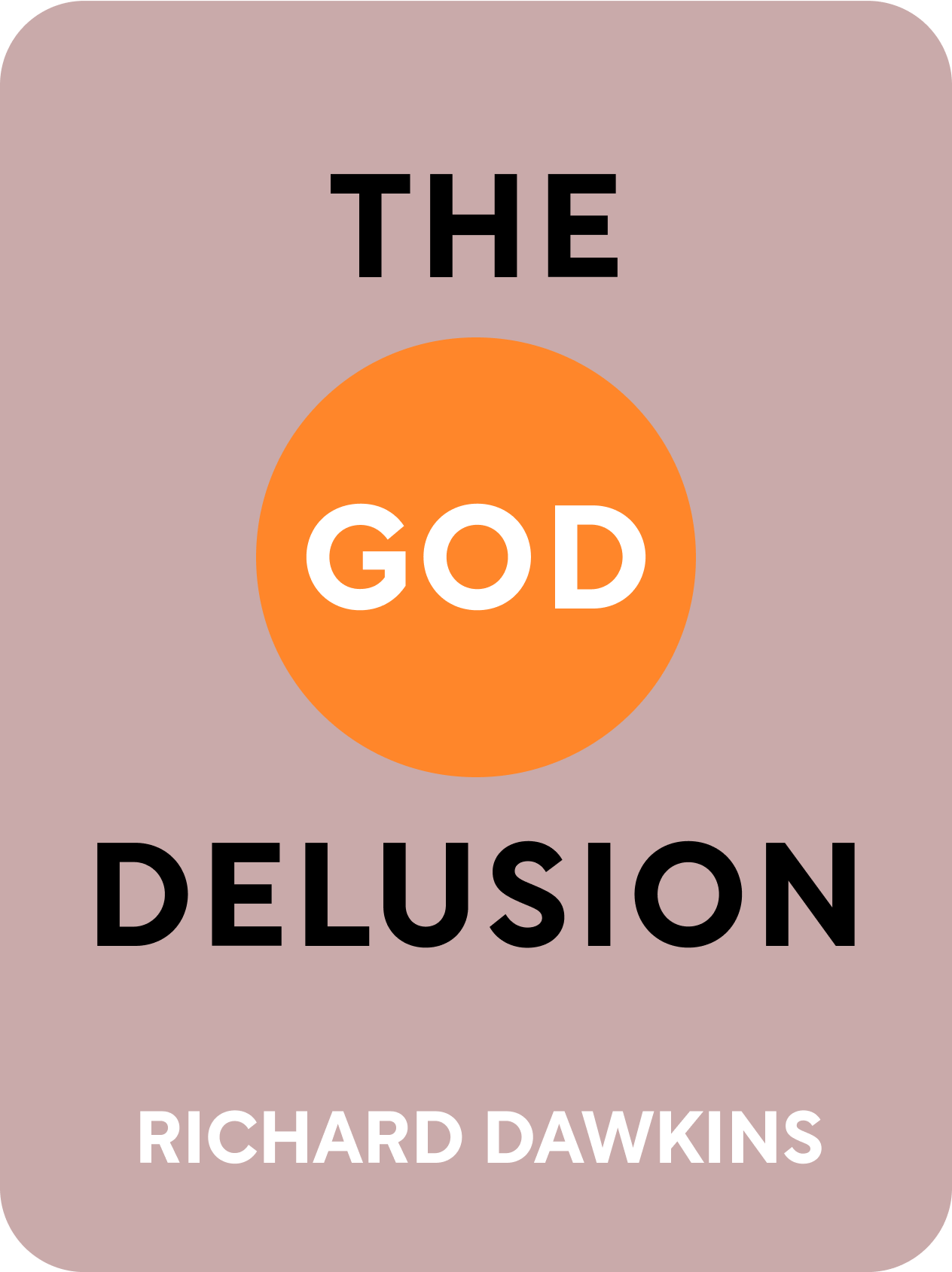 This is a preview of the Shortform book summary ofguide to
The God Delusion by Richard Dawkins.
Read Full SummaryRead Complete Guide

In The God Delusion, University of Oxford biologist and anti-religion activist Richard Dawkins argues that religion has exerted a harmful influence on human society since its inception and that we ought to abandon it in favor of science. He illustrates this argument by demonstrating that:

The claim that God exists is a hypothesis, just like any other (we’ll call it the “God Hypothesis” in this summary). Since it is logically impossible to prove a negative, one can never be certain that God isn’t real. But that does not mean that we can’t reasonably assess the likelihood of the God Hypothesis.

Because, of course, we do not treat all hypotheses as being equally likely or plausible. The Tooth Fairy is also a hypothesis about how money appears under children’s pillows in the morning after they place a baby tooth under them at night. But because we have more rational and likely explanations for the appearance of the money under the pillow, we can confidently assign a very low probability to the Tooth Fairy Hypothesis.

The God Hypothesis is a perfectly legitimate one for science to study, evaluate, and, ultimately, reject, if the evidence in support of it is found to be lacking.

Arguments That Challenge the God Hypothesis

Argument #1: Who Created the Creator?

Most arguments for God’s existence postulate a supreme designer. Proponents of this belief are called creationists. Creationists believe that the universe we observe is the handiwork of an intelligent designer who consciously and knowingly created everything, from the movement of galaxies throughout the universe to the orbit of electrons within an atom.

For creationists, an intelligent God is the ultimate and simple explanation for everything. But this is where the “simple” theistic position begins to fall apart. If all things can be said to have their root cause in an intelligent God, then one must raise the obvious question—what is the root cause of God? Who designed the designer? You can postulate an infinite regression of the physical universe that terminates with God. But if you cannot explain the existence of God in the first place, the argument collapses.

Argument #2: The Unreliability of the Bible

The Bible was written and compiled by several different authors, writing centuries after the events they purported to describe. As such, it is riddled with inconsistencies and is not considered a reliable historical account by scholars. For example, the Bible is unclear about whether Jesus was born in Bethlehem or Nazareth. That the Bible is unable to even get the facts straight on where the supposed son of God was born argues strongly against relying upon it as a historical source, and as “proof” of God’s existence.

Argument #3: Natural Selection and the Improbability of God

Natural selection offers a far more logical, testable, and likely explanation for why the world is the way it is. Before Charles Darwin’s theory of evolution by natural selection, intelligent design seemed to offer a much stronger explanation for the complexity we observe in the natural world. It was impossible to imagine that the variety and intricacy of the universe could have come about by any means other than through the conscious will of a supremely intelligent deity.

But Darwin and natural selection solved this great mystery. Natural selection states that certain small genetic mutations in individual living organisms give them a slightly greater chance of survival than their peers. Because those organisms best suited for survival are more likely to survive, they therefore have a greater likelihood of passing on their own genes to their offspring. Over time, traits that are advantageous for survival get passed on; those that aren’t die out.

Environmental change over the course of billions of years complements the evolutionary process, as plants and animals evolve through natural selection to become better suited to their environment. From simple, single-celled organisms arise primates like human beings capable of abstract and concrete thought.

The Origins of Religion

Even though we’ve seen that the factual claims made by theism are highly unlikely to be true, we cannot ignore the fact that religion itself has existed and continues to exist, across all societies and all periods of time.

If we don’t accept the truth of religious claims, we have to account for religion’s existence by means of natural selection, evolutionary psychology, and cultural transmission, instead of divine received wisdom.

Belief in religion seems to be an extraordinarily disadvantageous trait that ought to have died out very early on in the evolution of humans. It compels individuals and societies to expend enormous resources on elaborate buildings, ritual sacrifices, and the maintenance of a priestly caste that does little to ensure the practical, day-to-day survival of either the individual or the group. How, then, did religion arise and evolve despite these drawbacks?

Religion as a By-Product

The origins of religion begin to make sense if we consider religion as a by-product of other instincts and cognitive traits that do confer a significant advantage in natural selection.

Religion might represent a massive misfiring of an instinct that’s usually useful: namely, the behavior pattern of child obedience to adult authority figures. With regard to natural selection, children obeying...

Here's a preview of the rest of Shortform's The God Delusion summary:guide:

Religion has been central to nearly every human society in history. It is difficult for many people to imagine a world without a supreme deity.

But what if faith in God represents a great error? What would be the possibilities for human advancement if we were to shed our religious faith and embrace reason and science as the ultimate arbiters of truth and...

Before we discuss the reasons why religion is harmful and should be abandoned, we first need to explore two topics. First, we’ll discuss what the claims of theists (and atheists) actually are. Then, we’ll discuss why it’s appropriate to evaluate and challenge the claims of religion. Religious people often claim that their faith is under unique threat of persecution. Therefore, in their eyes, any criticism, mockery, or even the mere expression of skepticism regarding anyone’s religious beliefs constitutes an act of bigotry.

In this chapter, we’ll cover:

The Claims of Theism

Prior to delving deeper into our discussion of God and religion, we should clarify some terms. When we say “religion,” we are referring to the **belief in a supernatural being who created the universe and who has the power to...

Shortform Exercise: Push Back Against Faith

Think about why faith and belief command such automatic deference—and why maybe they shouldn't.

What are your most passionately held beliefs? Describe them in a few sentences (they don’t have to be religious in nature).

In the last chapter, we talked about the extraordinary claims made by religion, all of which would have a significant impact on the world if they were true. In this chapter, we will evaluate the likelihood of the theistic position we explored in the last chapter. Specifically, we’ll:

The Weakness of Creationism

Most arguments for God’s existence postulate a supreme designer, similar to the figure we discussed in the previous chapter. Proponents of this belief are called creationists.

In the last chapter, we established that evolution by natural selection is a far better explanation than creationism for the complexity we observe in the world. Even though we’ve seen that the factual claims made by theism are highly unlikely to be true, we cannot ignore the fact that religion itself has existed and continues to exist, across all societies and all periods of time.

If we don’t accept the truth of religious claims, we have to account for religion’s existence by means of natural selection, evolutionary psychology, and cultural transmission, instead of divine received wisdom. In this chapter, we’ll explore the origins of religion and its survival into the present by looking at:

The Possible Benefits of Religion

If we accept natural selection, then we must place religion itself in a...

So far, we’ve talked mostly about why the claims put forward by religion are unlikely to be true, and why religion’s existence and persistence can be explained through rational processes of evolutionary psychology and cultural transmission. But even if the claims made by religion are unsubstantiated and its origins have nothing to do with the revelation of divine truth, doesn’t it still serve a valuable purpose as the foundation for morality? Would we be capable of kindness and empathy without God?

In this chapter, we’ll make the case that morality and religion are wholly separate, exploring:

Religious people claim that Darwinism cannot account for the existence of altruism, kindness, or empathy. They argue that the theory of natural selection threatens to...

Examine the foundations of your moral standards.

In a few sentences, describe where you believe your morals come from.

In the last chapter, we talked about how most of modern society has moved away from the moral values extolled in holy texts like the Bible and the Quran. Whether they acknowledge it or not, most people have accepted modern, secular liberal values.

But there are still many people all around the world who explicitly do ground their morals in religion—and often a narrow, literalist interpretation of their religion at that—with brutal consequences. In this chapter, we’ll explore how faith poisons rational minds and endangers society, looking at:

The essence of faith is belief without evidence. Even if incontrovertible evidence that the Bible was a fraud or that God did not exist was presented to them, a person of faith would be unmoved. This blind faith is tragic, as it...

In this final chapter, we’ll examine this claim by exploring:

What function is religion supposed to perform? Which needs does it purportedly fulfill? Proponents of religion claim that, at its best, religion provides human beings with:

As we’ve already discussed, the first two claims are patently false. Now, we're going to explore why the final one is likewise invalid.

Explore the main takeaways from The God Delusion.

Do you think science is capable of answering the question of whether or not God exists? Explain why or why not.