In The E-Myth Revisited, Michael E. Gerber explains how focusing solely on the product undermines new businesses and just trying to work harder undermines new businesses. The right approach is to view your business like a franchise—to systematize operations so that it no longer relies on you. This thirty-year-old classic is a part-practical and part-philosophical guide to conceptualizing and starting a business. 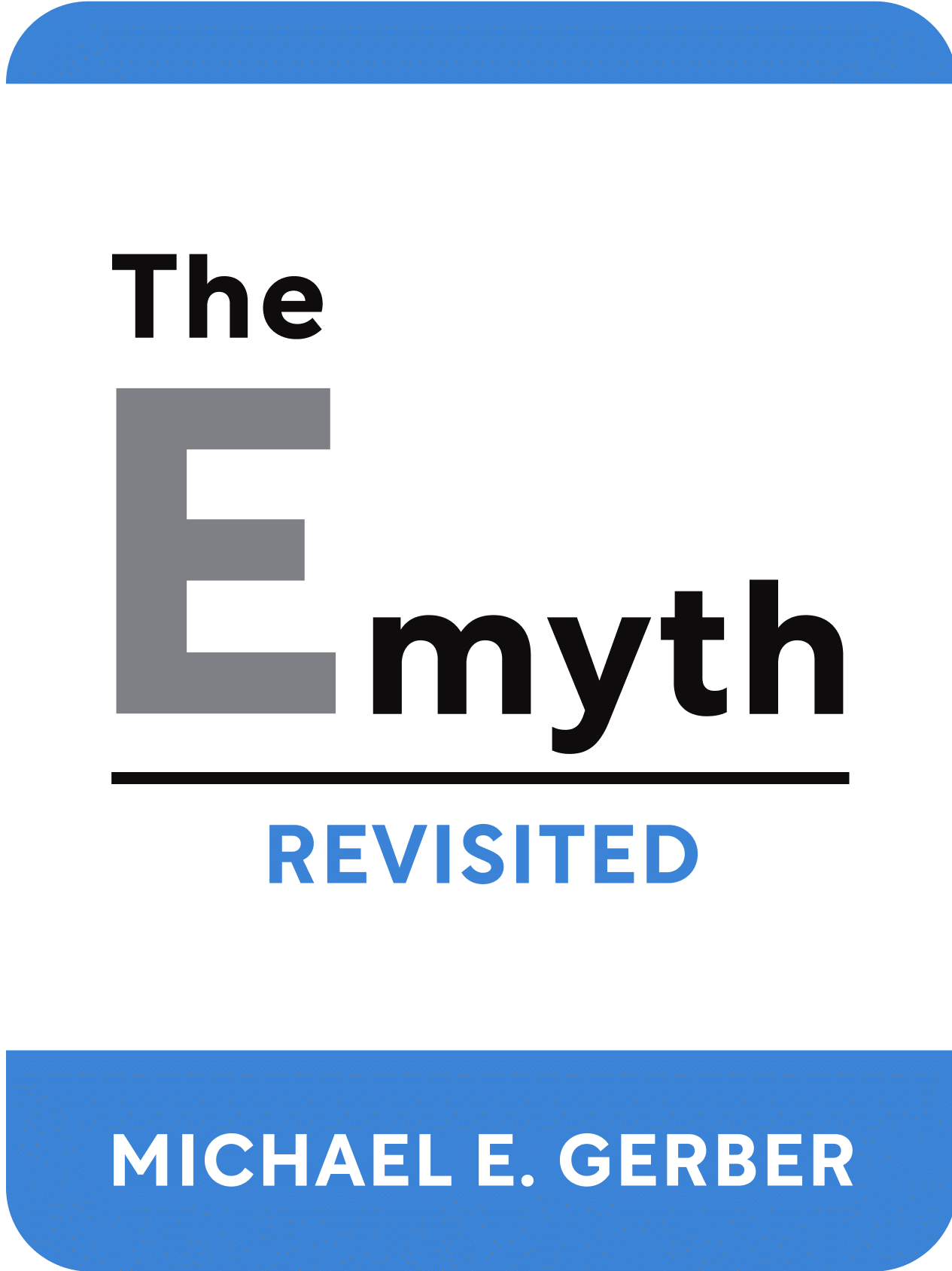 This is a preview of the Shortform book summary of
The E-Myth Revisited by Michael E. Gerber.
Read Full Summary

Underlying the high failure rate are persistent romantic notions about how businesses are born and what it takes to succeed. In The E-Myth Revisited: Why Most Small Businesses Don’t Work and What to Do About it, Michael E. Gerber argues that new business owners typically fail because they focus on technical expertise rather than on developing business knowledge. They mistakenly think that knowing how to do a specific thing, such as baking pies, is all it takes to make a business work. But there’s much more to it. The important thing isn't the commodity — what is produced — but how it’s produced. The business itself is the product.

A small business owner needs to cultivate and balance three roles or mindsets, all of which are necessary for running a business. The first is the technician mindset, which is where most small business owners begin and end. But this mindset by itself is insufficient. The other necessary roles are entrepreneur and manager. Here’s how they work:

A typical small business develops in three phases — infancy, adolescence, and maturity — although many fail before reaching maturity.

In the infancy phase, the owner wears the technician hat. The business is driven not by business needs but by what the owner wants, which is to produce something he enjoys making. The volume of work soon exceeds his capacity to get it all done. At this point, many businesses fail — the exhausted owner/technician gives up.

If the owner doesn’t give up in the infancy stage due to overwork, she moves into the adolescent phase in which she hires another technician and quickly off-loads responsibilities to that person while providing little oversight. Problems soon develop, so the owner jumps in again to do things herself. Soon the business reaches a crisis point where the owner feels she’s losing control.

Businesses can grow from infancy and adolescence to maturity as their owner learns and grows. But the most successful companies start out differently, as mature businesses already knowing where they’re going and how they’ll get there. The founders have business knowledge and an entrepreneur’s mindset.

Developing business knowledge is the crucial missing piece for most small business owners. If they...

Want to learn the rest of The E-Myth Revisited in 21 minutes?

Unlock the full book summary of The E-Myth Revisited by signing up for Shortform .

Here's a preview of the rest of Shortform's The E-Myth Revisited summary:

Underlying the failure rate are persistent romantic notions about how businesses are born and what it takes to succeed. In The E-Myth Revisited: Why Most Small Businesses Don’t Work and What to Do About it, Michael E. Gerber explains how wrong beliefs and assumptions undermine new businesses and how to overcome them and succeed.

Succeeding in a new business starts with understanding these driving forces:

The E-Myth Revisited Summary Part I: The Small Business Trajectory

Chapter 1: The Myth of the Entrepreneur

Most people believe the Myth of the Entrepreneur, which is that new businesses are started by entrepreneurs who spot opportunities for making a profit and risk capital for an ultimate payoff.

However, most small businesses aren’t started by sharp-eyed entrepreneurs. They’re started by people like you, struck by the idea of becoming your own boss. Usually, you’re doing technical work and something triggers the thought of going it alone and doing the same work for yourself rather than for someone else. For instance, you might suddenly get fed up with the demands or feel your talents and efforts are unappreciated. So whether you’re a hairstylist, pet groomer, plumber, or technical writer, you start your own business.

You erroneously assume that your ability to make something or do something well will translate into business success — that what a business does and how it works are the same thing. But technical knowledge isn’t enough. It can even be a liability if you think you already know everything you need to know. Running a business requires a different mindset from that of a technician and a broader set of skills.

Every business owner has three roles or mindsets — entrepreneur, manager, and technician. The entrepreneur provides the vision that drives the business, the manager creates systems to carry out the vision, and the technician produces the product or service.

In running your business, what is your dominant mindset? What are the advantages and disadvantages of this?

The franchise movement, which provided a “turn-key” model for new businesses, has had a transformative effect on American small business comparable to that of the industrial revolution and the rise of technology and computers. The franchise model brings organization to the disarray of many small businesses and a path for development and continuous growth.

At the restaurant, he found high school students producing identical burgers systematically and efficiently under the supervision of the owners.

Kroc immediately saw that this process could be replicated to continually make money, and he persuaded the brothers to let him franchise it. A dozen years later, he bought them out and created what became the world’s largest prepared food delivery system.

McDonald’s, a $40 billion-a-year business with more than 28,000 restaurants at the time this book was written, calls itself “the most successful small business in the world.” It triggered the growth of franchised businesses in the U.S. to the point that, in 2000,...

A typical small business goes through infancy and adolescence phases. In the infancy stage, the owner usually focuses on the technician role and tries to do it all; in adolescence, the owner hires additional employees but begins losing control. A business doesn’t reach maturity unless the owner expands his or her skillset.

Which phase describes your business right now? What do you see as the next step in its evolution?

To organize or reorganize your business into a model or prototype that could be replicated, you need a business development program.

It has seven components:

As noted previously, your life and your business are separate things. But your business can and should play an important role in your life, and its purpose should dovetail with your personal goals.

Before determining your business’s role in your life, determine your own primary goal by considering what you most value, what kind of life you want, and who you want to be. You need to know where you’re going in life in order for your business to contribute to that goal.

Other questions to help determine your life goal include:

Do you have a written business objective? If so, what is it? How could it be improved? If not, write a potential strategy statement.

In your small business, which is a reflection of you, you have created a practical space in which to learn and grow. It’s similar to a dojo or practice hall, as described by Joe Hyams in Zen in the Martial Arts. It’s a space for immersive learning.

Your small business is a manageable world that responds to your actions instantly. You can test your ideas and assumptions about the business...

Have you thought about starting a business? Remember, it takes more than a technical skill like dog grooming or baking and more than a great idea.

What is your idea? Why do you think it would succeed?